We are delighted to announce that Pelly-Ruddock Mpanzu has signed a new contract with the club, extending his eight-year stay at Kenilworth Road!

The 27-year-old has put pen to paper to commit his future to Luton Town – joining fellow long-term servant Dan Potts and captain Sonny Bradley in doing so this summer.

After joining the club on loan initially from West Ham United in 2013, his stay turned permanent a month later and neither he, nor the club, have looked back since over the course of his 298 appearances!

Fans’ favourite Pelly has played an integral role in three promotions throughout his time with the Hatters – the first of which happened in 2014, when Luton won the Conference title.

Following three seasons in League Two, it was fourth time lucky for Pelly and his team-mates as they were runners-up during the 2017-18 campaign.

He played every single game in the League One title winning season as the Hatters secured back-to-back promotions and reached the second division for the first time since 2007.

After a rollercoaster season, with Nathan Jones returning to the club in between the global pandemic, the Hatters avoided relegation on the final day with a 3-2 win against Blackburn Rovers and Mpanzu once more was a vital component in the side.

Helping the team consolidate their position in the Championship last season, with 44 appearances to his name, two goals and three assists, the midfielder also made his international debut for DR Congo this summer – featuring in friendlies against Tunisia and Mali.

Pelly is currently 24th in the all-time Hatters appearance list, with two more taking him past Bernard Streten to 300, and just behind Fred White (304) and John Moore (306).

He said: “I love it at Luton, everyone knows that. The Kenny has become my second home and we’ve achieved so much in my time here.

“I know it’s taken a while with going away on international duty, an honour which playing for Luton has helped me achieve, but I know I’ve made the right decision.

“I have a special relationship with the supporters here as we’ve been on a journey together right from the Conference, and I couldn’t leave without experiencing a packed Kenny again.

“I can’t wait to get back into the swing of things. It’ll be so good to be back among the lads and hopefully together we can go on to make so many more memories.” 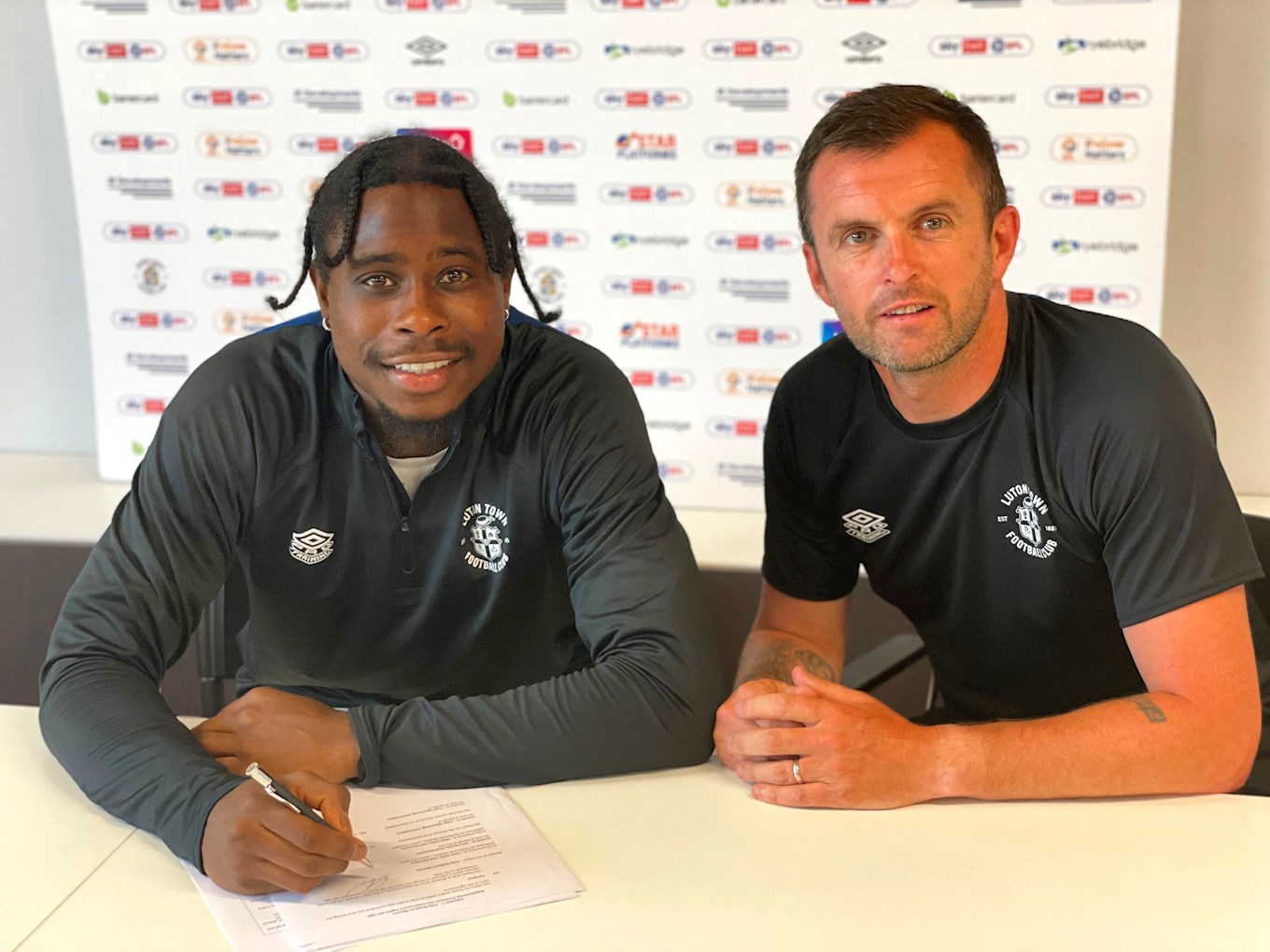 Manager Jones said: “We are delighted to get it done. Pelly was out of contract, so it was his prerogative to test the water and see what was out there.

“It’s taken a little bit longer than we would have liked, but the process was thorough on their part, and he knew all along that we wanted to keep him.

“He had a fantastic season and he’s only going to get better. He sees that and we are delighted to get him done because he’s an important player for us.

“I think we’ve been patient, but professional in terms of saying to him ‘Look, you are our player, we want to keep you because you are important to us and have been on a journey with us’.

“Thankfully we’ve done that so it’s a big signing for us because he’s important to us, we care about him and he plays his best football when he plays for Luton. Now we are just looking forward.”

Great to have you still on board, Pell!