We’re excited to finally be able to give you a first look at our 2021-22 playing kits, including the highly anticipated ‘Legends’ shirt.

Once again, this year we’ve worked closely with Umbro to develop a range of kits that are fit for the Championship, with inspiration for the designs securely rooted in the shared history of the Club and the town of Luton itself.

We are the Hatters. Everyone will be aware of Luton’s heritage as a centre for hat-making. Our status as a hub of ladies’ hat production goes back over 200 years, then during the late 1800s and early 1900s hat making on an industrial scale exploded in Luton – with millions of hats being made in the town each year, and distributed around the country and around the world.

The hat making industry established itself in Luton as a result of the availability of high-quality straw in the surroundings, which was skillfully transformed into straw plait by local workers. The straw plaiting techniques were incredibly intricate, and often performed by children – whose nimble fingers were ideally suited to this type of work.

As the hat trade grew, Luton became the global centre of hat making, world-renowned for the quality of production and design.

At one time, it was unusual for people to be seen without hats, but times change and so do fashions. The Hat making industry is a fraction of the size today that it once was in Luton. But world-class, artisans, who still possess the rare and specialist skills, still live and work in Luton. A number of hat factories still operate in the town, and milliners from far afield still look to Luton for the supply of hat blocks, specialist equipment and skills need for quality headwear production.

To follow through with this theme, our kit photoshoot took place at the incredible ‘Hat House’ – which sits in the heart of Luton’s ‘Hat District’ and Creative Quarter. The Hat District sits within reach of Luton train station, and is made up of four unique spaces – all of which were once hat factories.

These tastefully restored buildings are now repurposed as creative working spaces and venues – and are helping to attract a new generation of creative workers to Luton. Hat House itself has been home to The Panama Hat Company for the last three years, with their hats exported around the world directly from Luton.

Our sincere thanks to Guy and Marie from the Culture Trust Luton for their help with this exciting project.

This season, our kits are inspired by these people. Just like them, the players, management and staff will be striving to deliver excellence – representing the town, and making our supporters proud of Luton Town once again this season.

Once again, this season we’re proud that our three kits are made by our partners, Umbro.

The creativity, attitude and desire for success and work rate are all very much made in Luton. 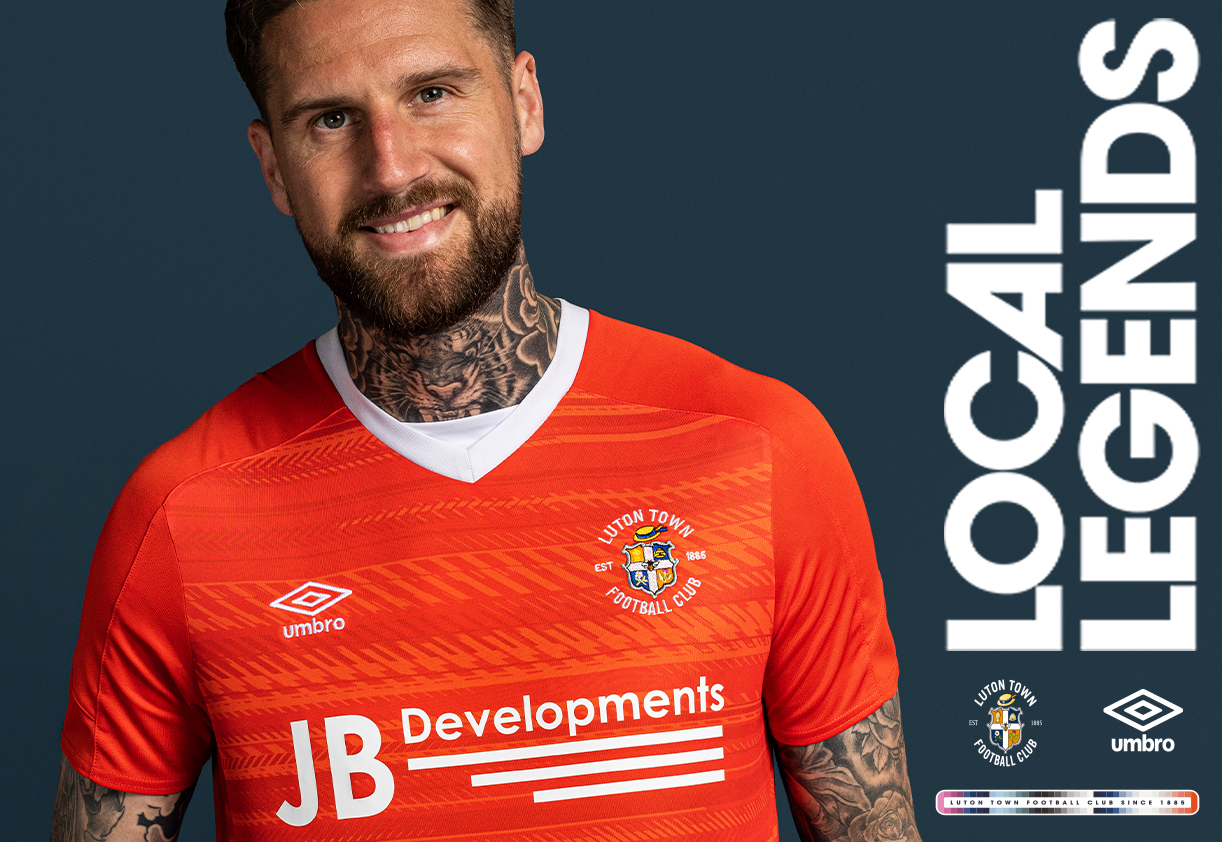 Luton Home features a strong graphic horizontal stripe inspired by the weave patterns that were created with straw by local milliners.

Our orange shirt has contrasting white details on the neck and cuff, bespoke back neck sign-off, full-colour crest, embroidered diamond, dropped hem with side vent detail and official licensed label at the side seam. 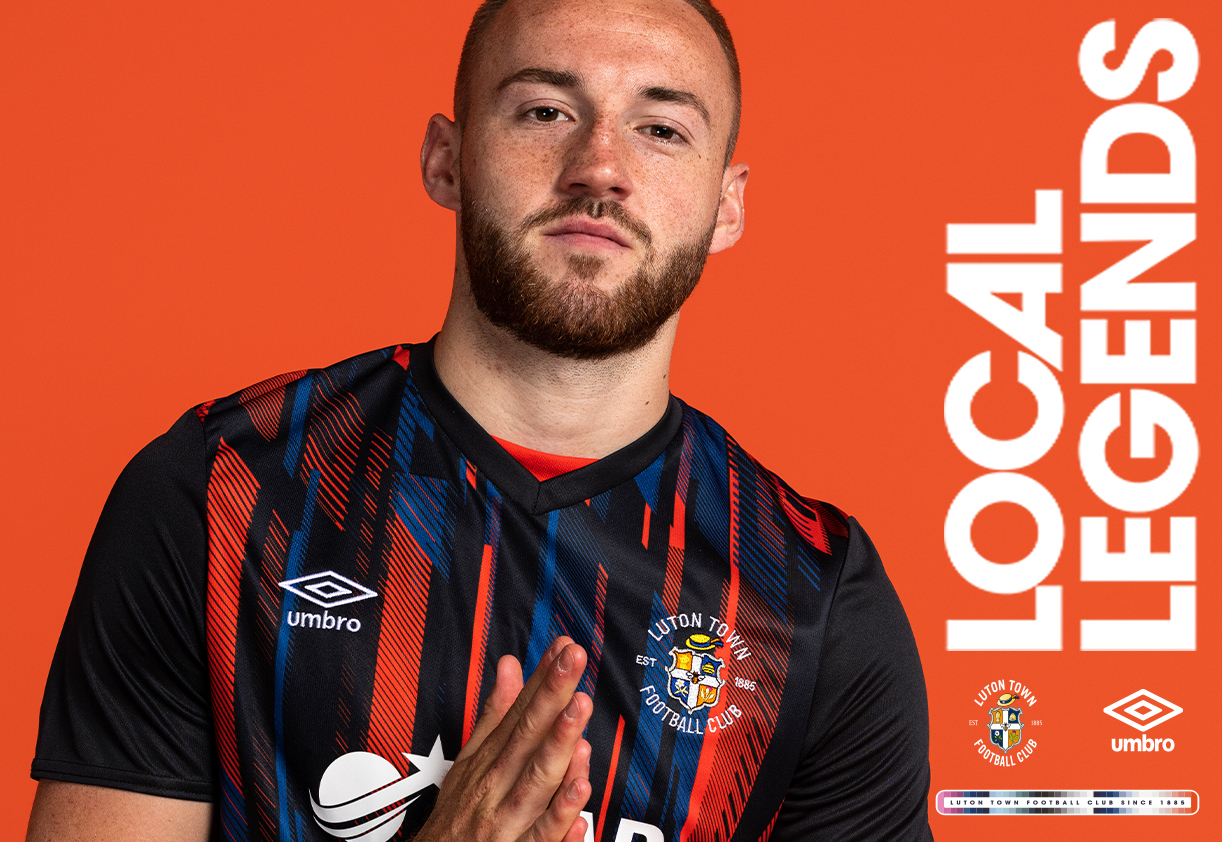 This season’s away jersey features striking vertical graphics in shades of blue and orange. The shirt features sloped back shoulder panel seams, a v neckline with orange front insert, bespoke back neck sign off, full colour crest, embroidered diamond, dropped hem with side vent detail and official licensed label at the side seam. 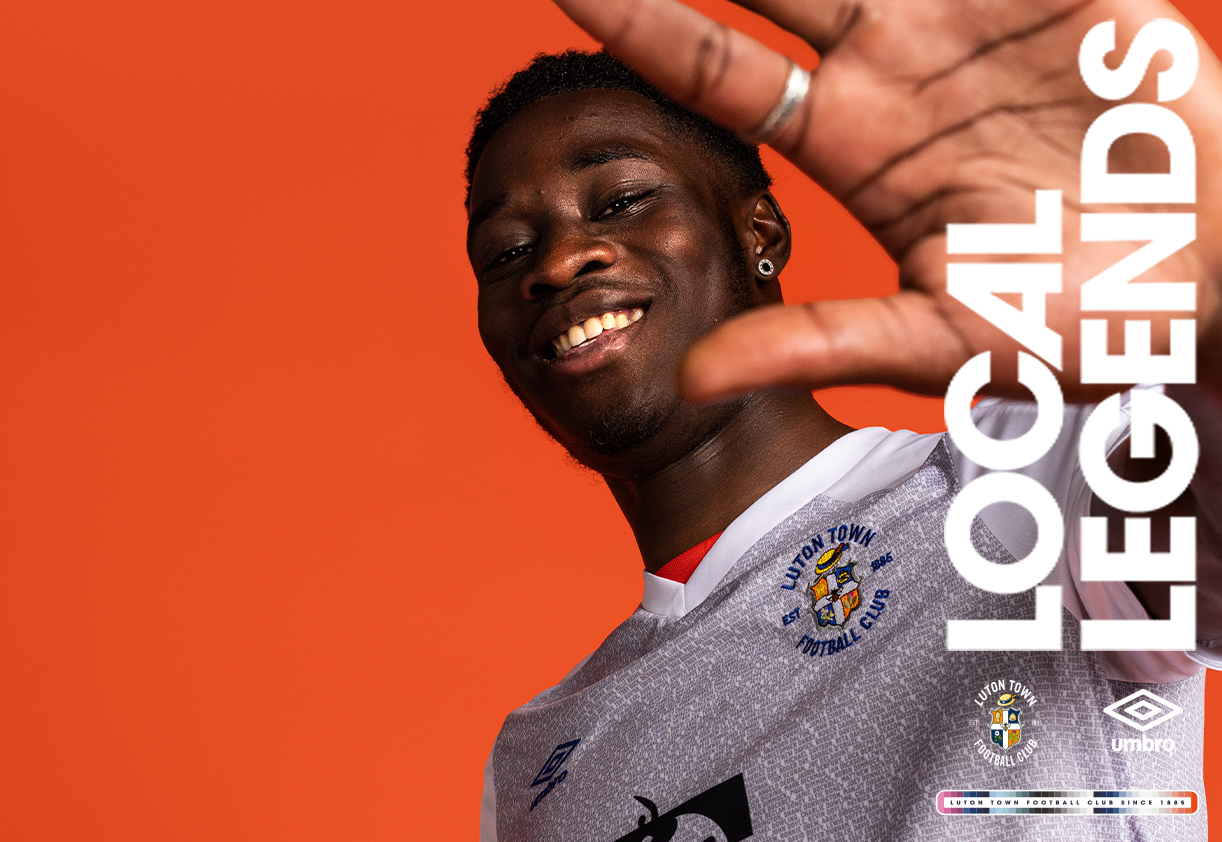 Our third shirt this season is a first for the Club, and celebrates the bond between the club and the supporters who so generously stepped in to help at the beginning of the Coronavirus pandemic. This iconic shirt features all of the names of our ‘Legends’ as an integral part of the fabric. Not just the fabric of the shirt, but the Club itself.

Along with the Umbro logo, the one thing that connects all three shirts is the Luton Town Football Club crest. If you look closely its main elements depict the hard work on which the town is built; the bee as the emblem of industry, the hive being the symbol for the straw-plaiting industry of which Luton was famous, and the wheat sheaf representing agriculture and the supply of wheat straw.

Due to the complex and detailed design of the third shirt we can only guarantee that all names appear on an adult size medium.

As the new Championship season begins, and we set out on a new journey together, we look forward to welcoming you back to Kenilworth Road where we can once again share our identity and pride in our Town, its history and heritage.