This week we've launched pre-orders for our 94-95 inspired retro shirts - which can be pre-ordered until Sunday morning via hattersworld.co.uk. We asked club historian Roger Wash to take a look back through his archive to remind us how that season played out.

Following the narrow escape from relegation in the previous campaign a relieved Luton manager David Pleat settled down for the summer knowing that the young players coming up through the ranks would be a year older when the new season started and he genuinely felt that the Town could go some way towards finding a place back in the top flight.

Pleat tried desperately hard to bring in Crewe’s Tony Naylor to add some fire power up front but the player decided to stay closer to home and signed for Port Vale.  The chase for a forward eventually fell on the speedy Dwight Marshall from Plymouth and a fee of £150,000 was eventually agreed.

John Dreyer, who had been a fixture in the side for six years, was allowed to move to Stoke on a technical free transfer.  In those immediate pre-Bosman days if a player was offered reduced terms on a new contract then he was entitled to seek employment elsewhere.  David Pleat was not prepared to offer Dreyer the same money he was currently enjoying, which would have enabled the Town to retain his registration, and so the big defender affectionately known to one and all as ‘Tumble’ departed.  This was the second player to leave Kenilworth Road under these circumstances, with goalkeeper Alec Chamberlain moving to Sunderland the year before.

For once the Town were never in any danger of relegation and, in fact, until Christmas harboured thoughts of reaching the play-offs.  It was a frustrating time though as with fast, clever forwards in the shape of Scott Oakes and Dwight Marshall the Town would catch teams on the break away from home but at Kenilworth Road, faced by massed defences they were unable to get the ball in the net.

Wins at Port Vale, Watford, Stoke, where Dreyer had a nightmare match against his old mates, Sheffield United, Wolves and Swindon pushed the club up to a high spot of fifth.  That they were not higher was due to the home form which saw only two victories in the same period.

Suddenly, without warning bids started to appear for 19 year old John Hartson with Southampton the first, offering £1.1 million plus ex-Town favourite Iain Dowie. This started an unseemly scramble leaving David Pleat and the Board to decide what to do. 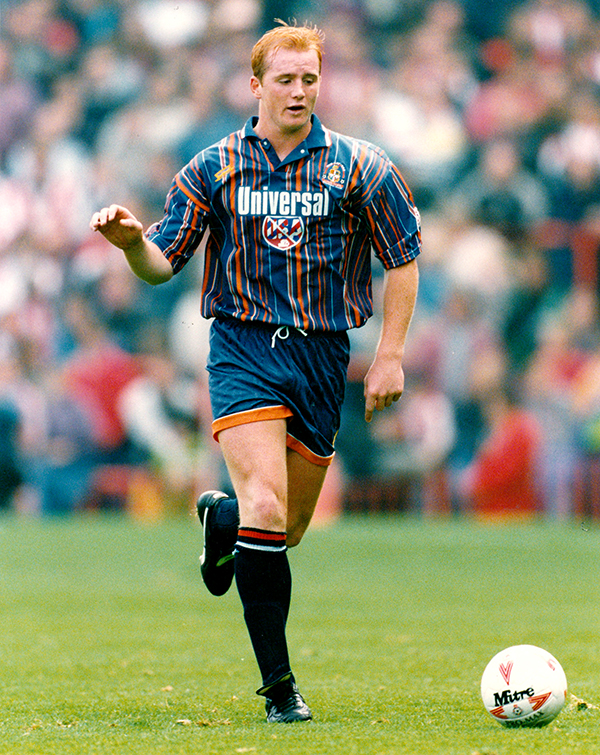 The club did not need to sell Hartson so put a massive £2.5 million price tag on his head in the hope that this course of action would flush out the serious bidders.  It did, with Arsenal and the Town swiftly agreeing the figure to create a record price for a teenager and, of course, a record fee for the Hatters.

The Town’s amazing scout in South Wales, Cyril Beech, was worth his weight in gold having unearthed Mark Pembridge, Jason Rees, Ceri Hughes and now Hartson.

David Pleat was promised some of the Hartson money but had difficulty in spending it.  As soon as other clubs were aware that the moneybags Town were sniffing around, the price went up and Pleat was not in the habit of throwing money around.  Eventually he spent modestly, bringing in Rob Matthews, whose goals for Notts County had relegated the Town in 1992, and the well-travelled John Taylor. 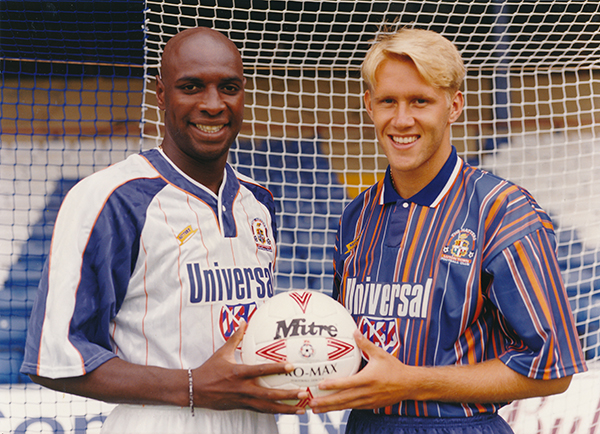 Having now solved the problem of winning at home, Pleat saw the away record disappear as the team settled down to mid-table obscurity.  For the first time since 1988 the Town were not fighting a relegation battle at the end of the campaign, but it was noted by many fans that the Hatters did not win any of their last six games and lost the last four in a row.