Ahead of the local derby with Watford in November 1992, the Hatters overcame serious off-field issues, with talented young defender Darren Salton on a life-support machine in hospital and midfielder Paul Telfer absent after being in a fatal car crash three days previously.

Manager David Pleat explained to the live television audience how a letter from 20-year-old Salton's father, John, had told him and his team that the Scotland Under-21 centre-half - who thankfully recovered and was allowed home that Christmas - would want them to go on and play the match.

They did, and this is the team Pleat selected to go out and do him proud: 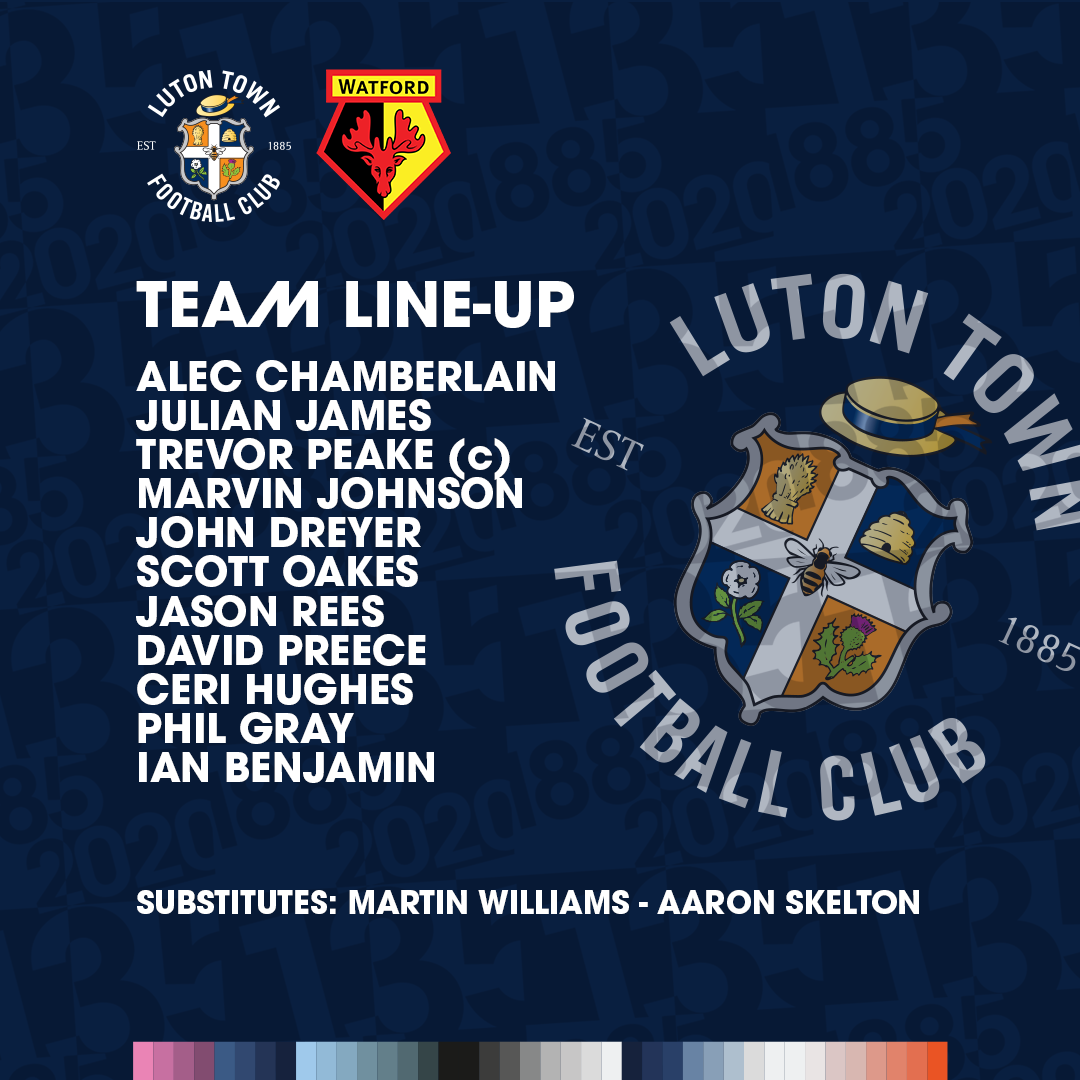 The visitors, managed by Steve Perryman, lined up like this:

The referee was David Frampton from Poole in Dorset.

You can read the match programme by clicking here.

There is an eight-minute build-up to the live match coverage on iFollow, so log on from just after 2.50pm to watch in real time with the tweets from kick-off at 3pm.