After two months away, the Town squad and some essential staff returned to The Brache yesterday to begin small group training, in line with the EFL’s Return to Training Protocol and UK Government guidelines on social distancing.

Mick Harford was assisted by Adrian Forbes (pictured below), Kevin Dearden, sports scientists James Redden, Luke Sanders and Elliott Plant, with physios Simon Parsell and Chris Phillips also present as the squad returned to training for the first time since Thursday 19th March due to the lockdown measures implemented throughout the country.

The EFL put in plans for a return to socially-distanced training a fortnight ago, with each club having a Covid Appointed Officer – in our case, club secretary Chris Clark, who was also present to oversee all instructions given to the players in their RTT protocol were adhered to.

The ground staff headed by Dickie Bird, sites and facilities manager Peter Kemp and members of the club’s executive management team worked tirelessly over two weeks to create a safe environment for the players to return.

With contact training not yet permitted, players must train in small groups on separate pitches, maintaining the 2 metre social distancing rule that the whole country is operating to, with the emphasis on fitness work to start with. 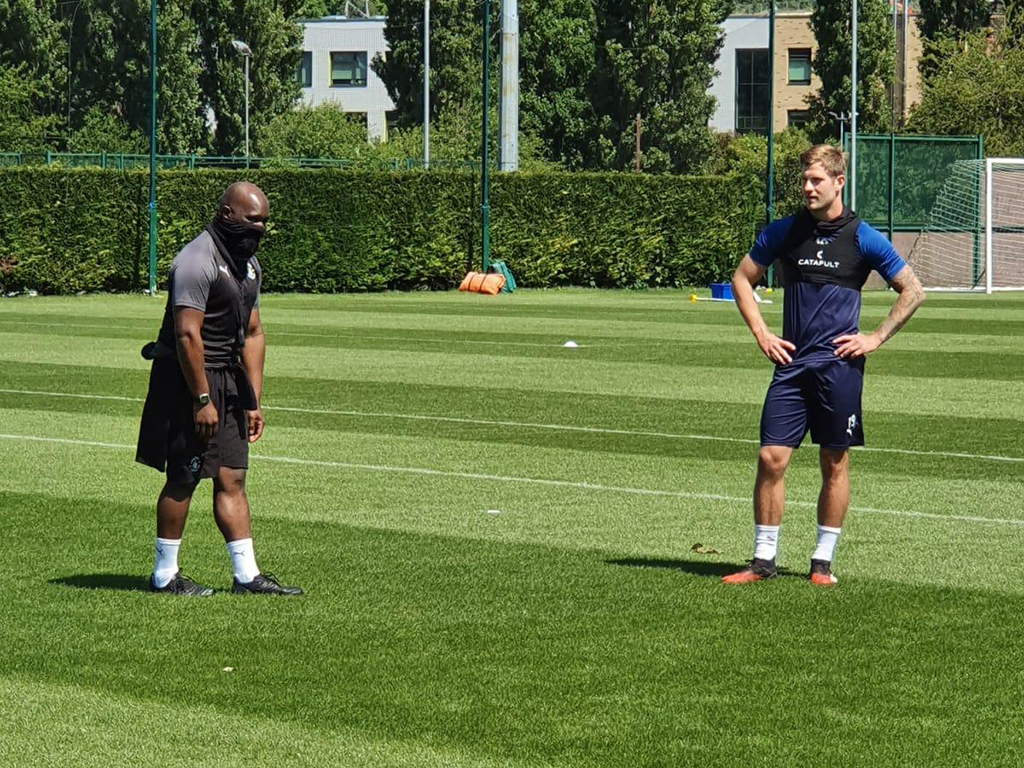 All senior players were present apart from Luke Bolton, who was required for extra testing at parent club Manchester City, and the players who are rehabilitating from injury – Brendan Galloway and Eunan O’Kane.

The squad were split into the following groups, arriving for their session no earlier than 15 minutes before the due start time. 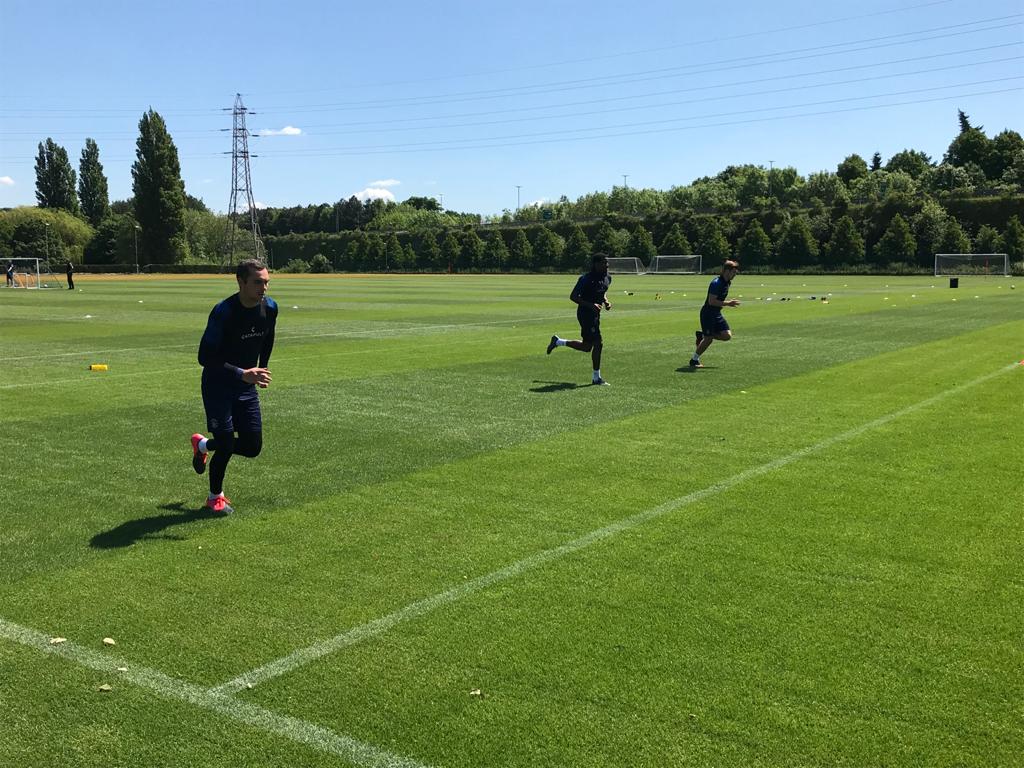 HOW THE BRACHE WAS SET UP

Special car park spaces marked out with social distancing in mind have been created for players to park, with the first and third session squad members parking behind the 3G pitch and the second session players to the side of the main building.

The artificial pitch is used for activation and pre-hab (below picture), before fitness and ball work across the three grass pitches with players and staff following a one-way system around the pitches and pathways.

Players are not allowed inside the buildings, apart from to use the toilet one at a time and to have their antigen test and temperature administered by the club medical staff. The treatment room is open for use only in emergency. 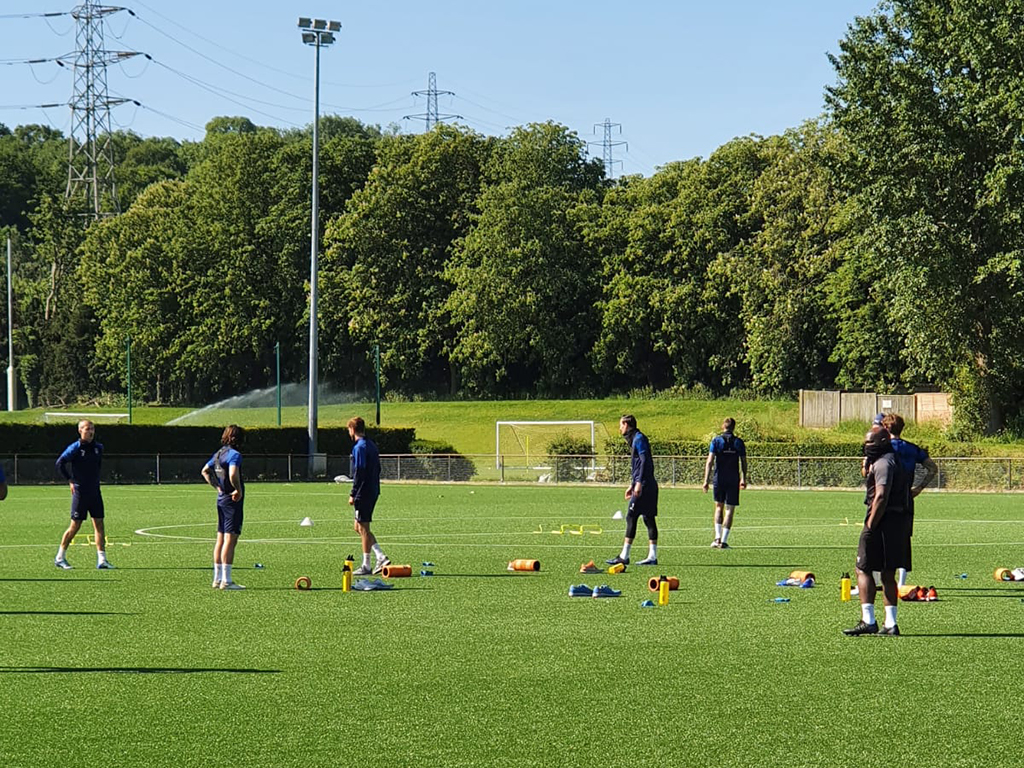 All players and staff were tested last Thursday as part of the EFL’s initial antigen testing batch. All test results returned negative at Luton, with only two positive results – both from Hull City – arising from 1,014 tests.

Before training yesterday, all players had their second test, which have also come back 100 per cent negative. They will be tested every Monday and Thursday going forward.

The boys prepare to have their second test for Covid-19. All results came back negative from the first set last Thursday 🙏#COYH pic.twitter.com/8PfmEKd96X

Prior to setting off from home, each player and staff member has to complete an online monitoring questionnaire before 8.30am so that results can be tracked and analysed before making the journey alone, with no car sharing or public transport permitted. Gloves must also be used if filling their vehicles with fuel.

A temperature check is taken on arrival and before leaving the training ground, and all players are required to report any symptoms of Covid-19 to Simon Parsell.

The players have been given three sets of kit and have to arrive ready for training, then take their kit home to wash themselves, including their GPS vests.

All changing rooms and the boot room are locked, so boots, shin pads and goalkeeper gloves have to be taken home. Everyone has been issued with a lightweight snood to wear to help eliminate the temptation to spit and of hand-to-mouth contact.

The canteen is closed, so food prepared by one member of club catering staff at the Kenilworth Road stadium, is delivered for the players to take from an individual food bag left out for them after training and eaten in their car prior to setting off on the journey home. 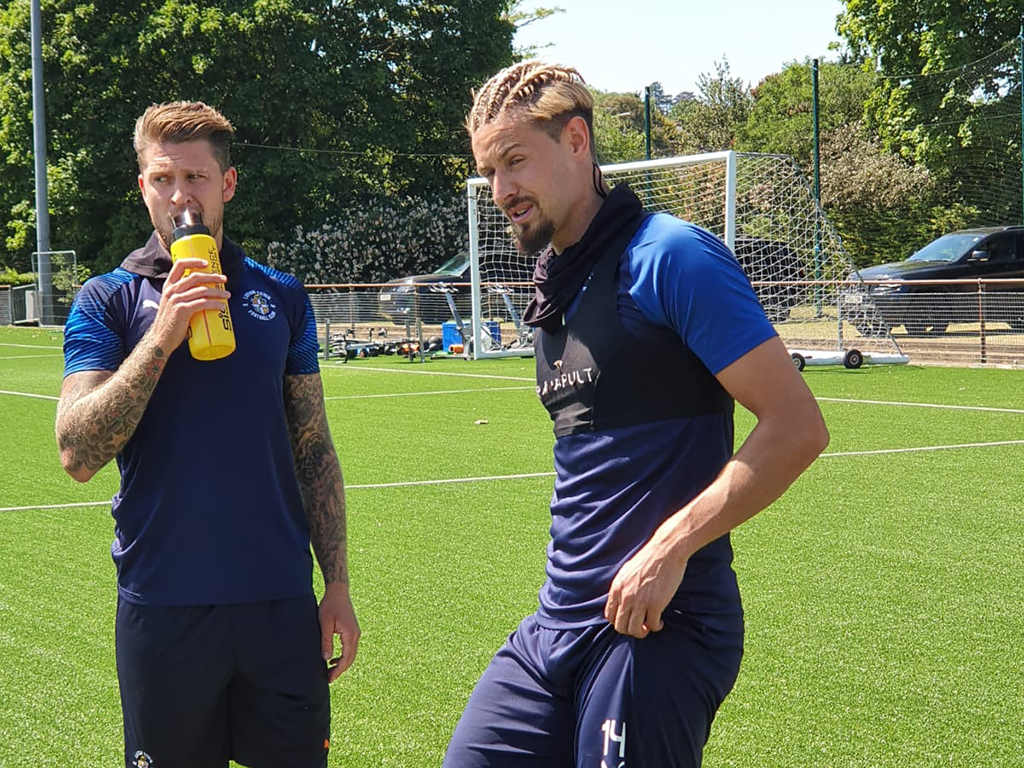 EFL instructions are that no session will last longer than 75 minutes in this first phase of training, and players must stick to the pitch they are allocated in groups of no more than five with up to three members of staff. The 2m social distancing rule has to be adhered to at all times.

The players are sent the session plan in advance, to reduce the amount of time needed to explain and to limit contact.

Tackling, opposed activities, congested training in small areas and repetitive heading drills are not allowed under the EFL's return to training guidelines.

Players are then allowed no more than 15 minutes’ in the outdoor gym that has been set up in one of the five-a-side cages at the Brache, with 5m between each station. The equipment is cleaned down with a chlorine-based sanitiser by each player after they’ve used it, and by a staff member in between each group session.

Goalkeeper Marek Stech is pictured below using one of the benches. 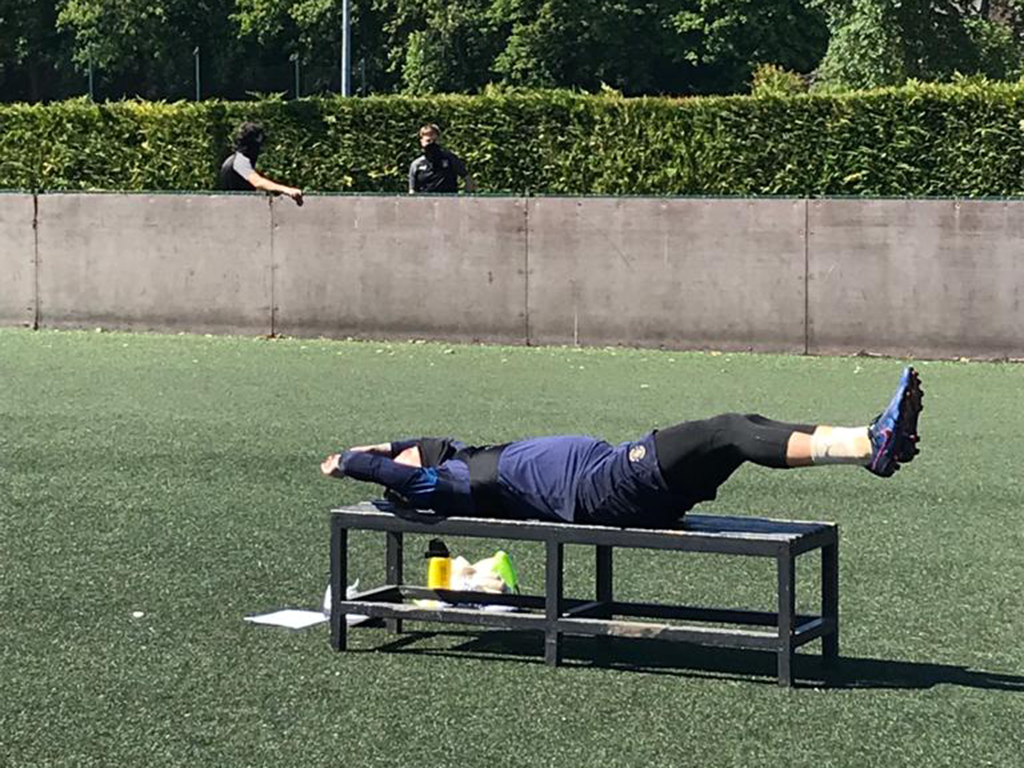 There are no showers, baths, ice baths or cryogenic chambers to be used, and players are only permitted massage if considered essential and approved by club doctor Paul Deeley in advance.

The players drop off their GPS unit at an outdoor station, following the one-way system put in place around the facilities, use hand gel available and collect their food to eat off-site.

All training and gym equipment is then disinfected by staff ready for the next day’s training, with the training ground cleaned in line with the Government guidelines of “Covid-19: Cleaning in non-healthcare settings”. 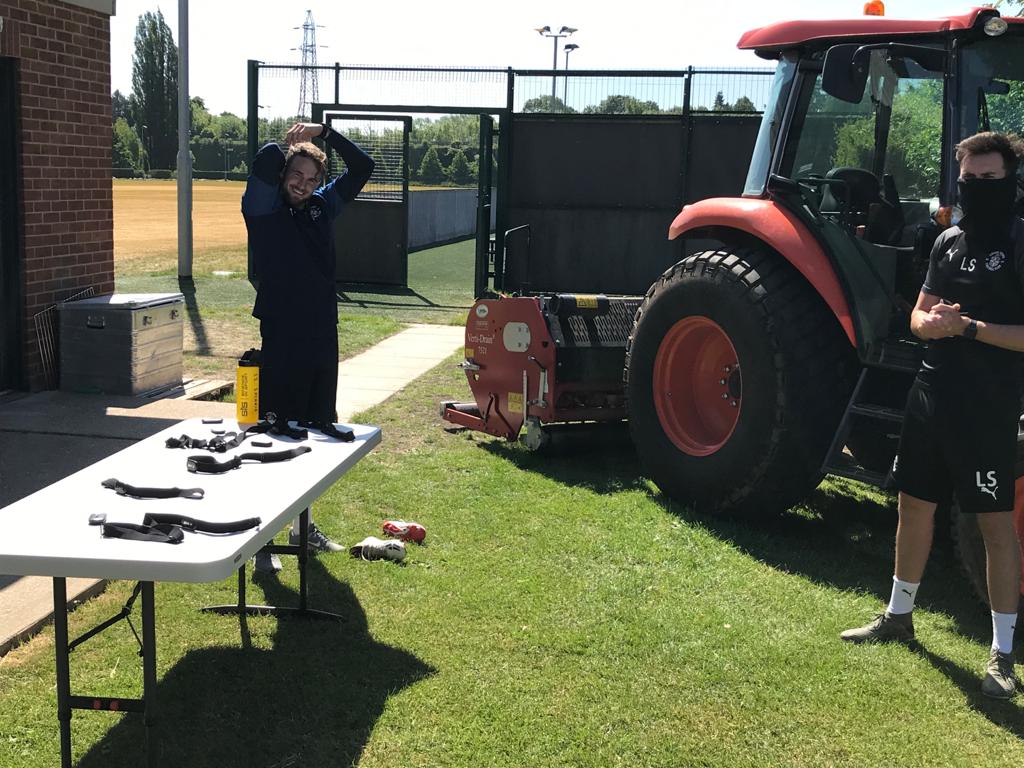 WHEN WILL WE RETURN TO PLAYING MATCHES?

No restart date has been confirmed for the Sky Bet Championship. The return to training in small groups is the first stage of the process towards the aim of completing the 2019-20 season, when it is deemed safe to do so.