As supporters will recall, our former first team training facility at Ely Way was hit by a devastating fire last year, and the club are sorry to report that the temporary on-site offices currently occupied by the Community Trust team were also broken into earlier in the week.

It's another body blow to the Club's official charity, whose staff have soldiered on in their temporary accommodation for the last few months while the lengthy insurance negotiations on a replacement facility have been taking place. 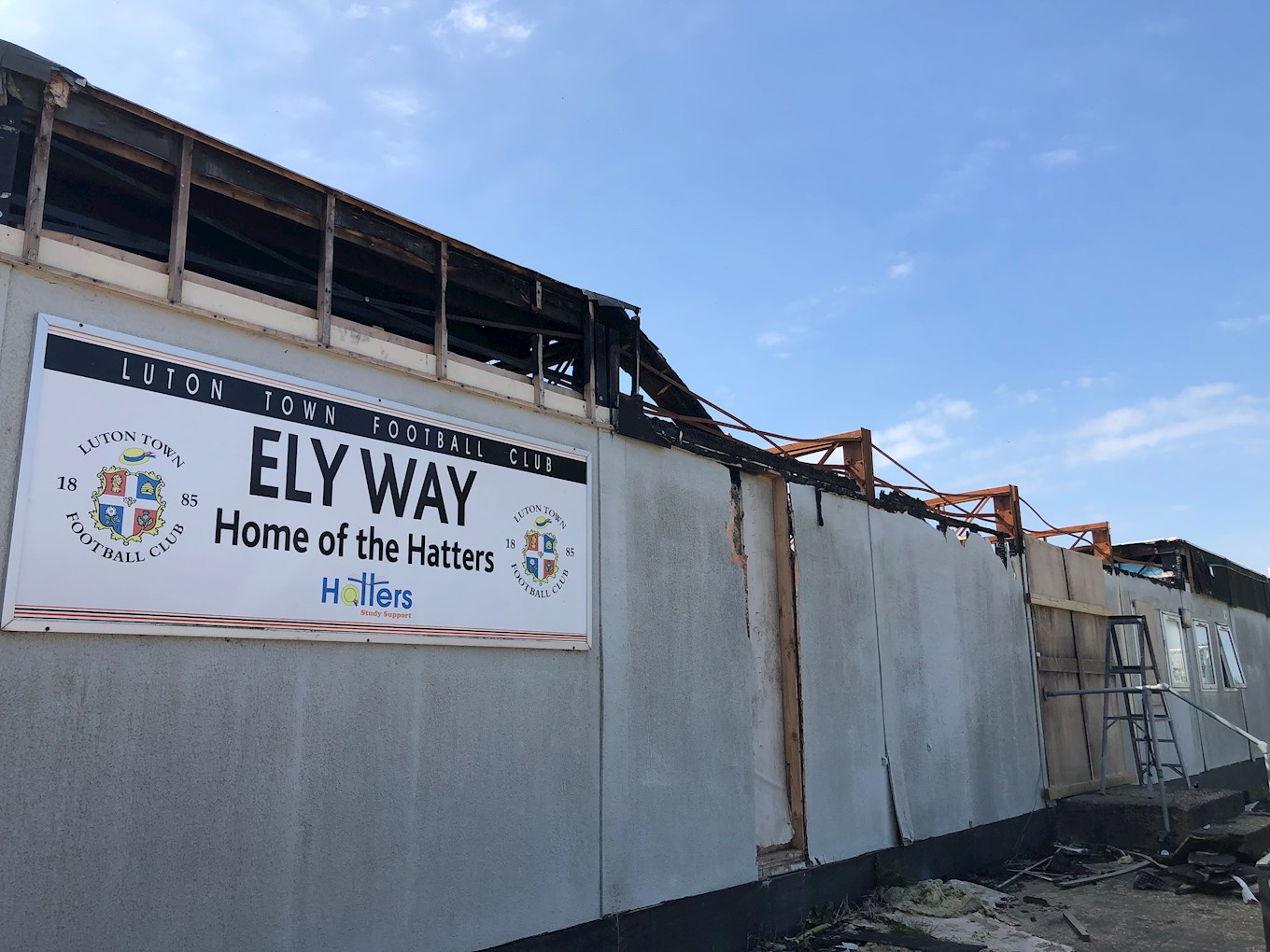 Kevin Thoburn, Head of the Community Trust commented: “Given the current national situation, you have to put the break-in in perspective - but it is very disappointing.

“Basically, the place has been ransacked and anything with a plug on it has been stolen, including our staff laptops that replaced those lost in last year’s fire.

“On a positive, the £1,000 worth of food supplies we had stored on site for the Luton Foodbank following our sponsored 100km staff run was delivered the day before to the Foodbank's warehouse in High Town, so thankfully none of that was there to be lost or damaged.” 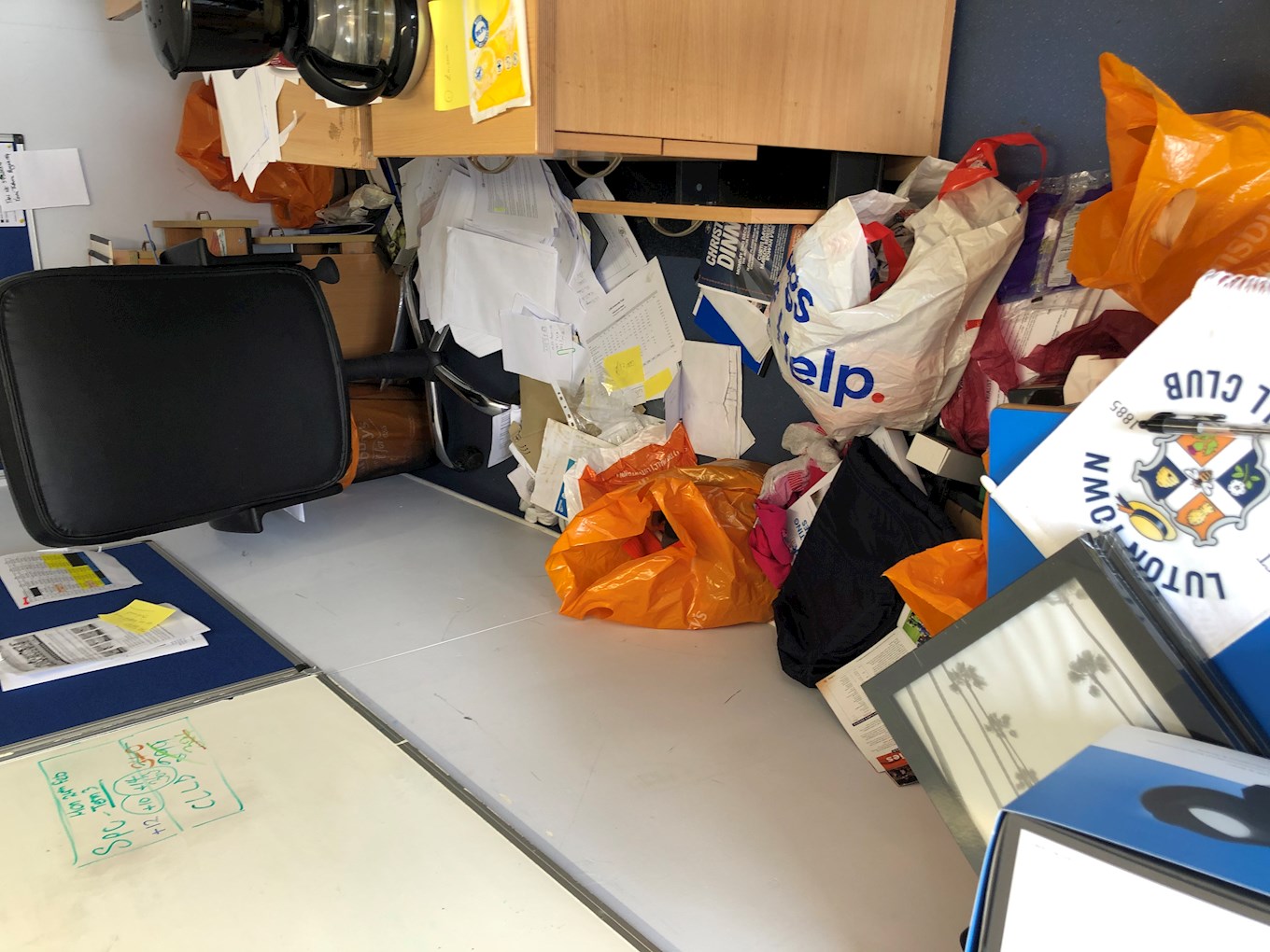 With most of the Community Trust staff on furlough leave, Kevin added: “At least we have a few weeks to sort the place out before staff can hopefully begin to return.

“Then we can start to plan a resumption of our various activities once the Government guidelines and restrictions can start to be lifted. Obviously the main thing to be considered before that can happen though is the health and safety of the country and everyone involved.”

With so many of the Trust's projects now being delivered online including Fit Hatters for 35+ years supporters, the Get Up Get Fit fitness challenge for teenagers and Joy of Moving for primary schools, the Trust really needs those laptops more than ever to keep connected with the thousands of local children and adults who use their programmes.

If any supporter or local company has spare second-hand laptops available, the Trust would be happy to hear from you via community@lutontown.co.uk 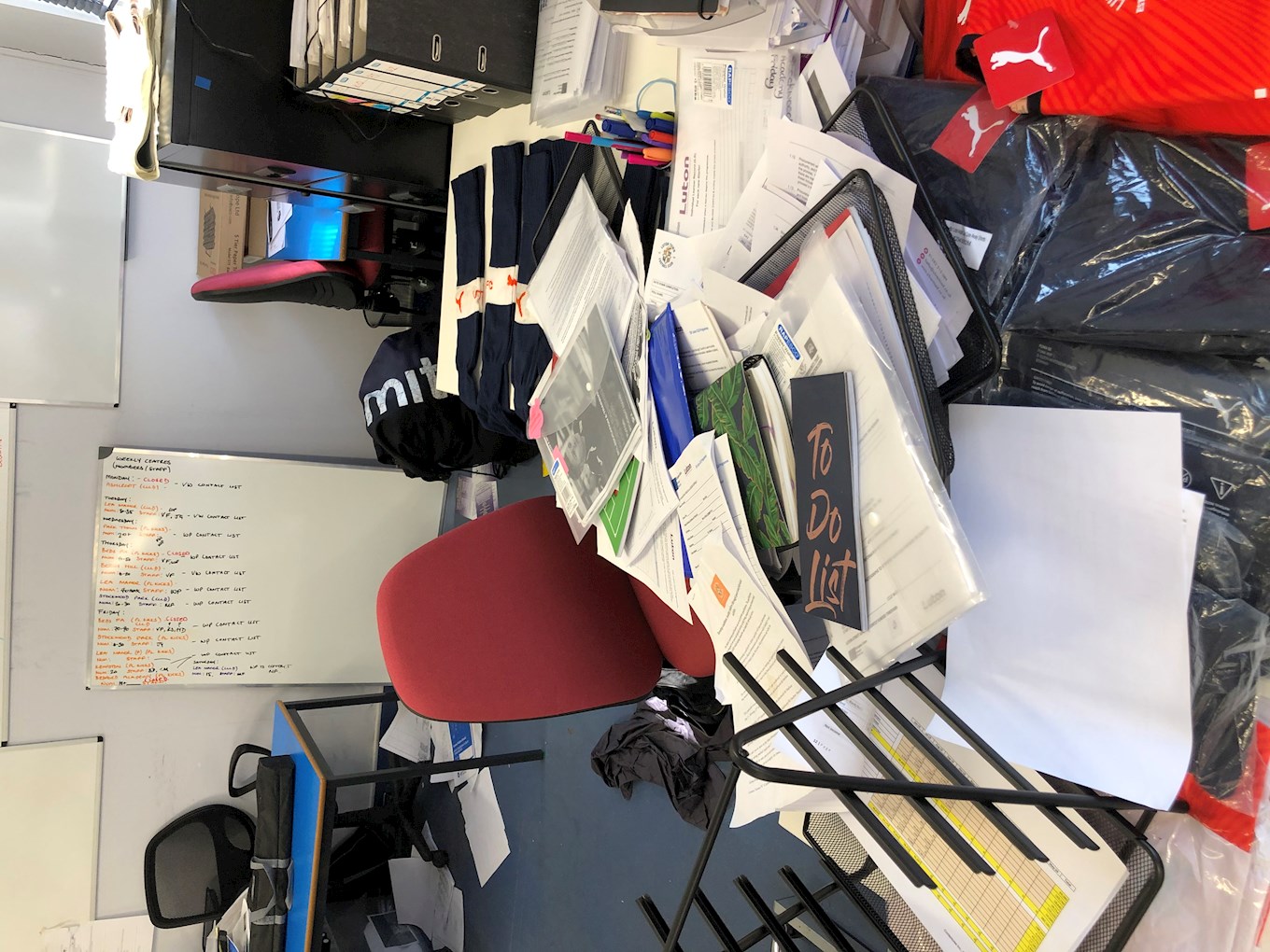