We are delighted to announce the return to the club of Nathan Jones, Luton Town’s most successful Football League manager in decades.

Jones, who celebrates his 47th birthday today, comes back to the Hatters as first-team manager 16 months after leaving to join Stoke City.

The Welshman, who had a short spell at Kenilworth Road as a player in the mid 1990s, was at The Brache this morning to meet the first two small groups of senior players ahead of the opening training session of the day.

He will be reacquainted with the other four groups ahead of the next two sessions, and will take charge of the final nine games of the Championship campaign as the Town seek to avoid relegation, should the second tier be given the green light to return to playing.

The former Brighton coach, who left Stoke last November, is statistically the most successful manager in the Hatters' League history, yielding an average of 1.820 points per game from the 139 matches he took charge of in his first spell, with a league win ratio of 51.1 per cent.

In those three years at the helm, his side played some of the most attractive, attacking football seen in Bedfordshire for decades, winning promotion from League Two in his second full season after missing out in the final seconds of a play-off semi-final in 2016-17.

Among the highlights were an opening day 8-2 win over Yeovil Town, then 7-1 and 7-0 victories over Stevenage and Cambridge United as the Hatters gained national plaudits for a style that saw them become the first club in EFL history to hit seven goals or more on three separate occasions before Christmas.

He also led the Hatters to a Checkatrade Trophy semi-final and three successive FA Cup third round appearances.

After the last of those, at Sheffield Wednesday in January 2019, he departed with the Town second in League One and on a 13-game unbeaten run, which Mick Harford picked up as interim manager and continued to a club record 28 matches and promotion to the Championship.

Town CEO Gary Sweet said: “My job is to make sure the club can escape the severe economic impact of the virus and whatever decisions we make now, it is the club that must be put first.

“We must do everything we possibly can to stay in the Championship this season. We have just nine games left to climb out of the relegation zone and the squad has to be more than ready.

“Everyone knows exactly what we thought about Nathan when he left for Stoke – we hardly made our disappointment a secret.

“Clearly, we couldn’t move forward without those issues being mostly corrected and over time, with the board, this has been done. Nathan has been humble with us and we’ve repaired our differences, now we want to give Nathan the opportunity to put matters right with players, staff and supporters

“The fact remains that Nathan is the best manager we’ve had at Luton for decades. His three years here were revolutionary and enabled us to elevate the Club’s status beyond our wildest dreams.

“But first, to make sure none of that past hard work – from both Nathan and Mick – does not go to waste, we have an immediate job to do.

“For the sake of the club, all I ask of supporters is to give him time but also to get behind everyone for these nine games.”

We all welcome Nathan back to Kenilworth Road for a third time and wish him every success in his second spell in charge. 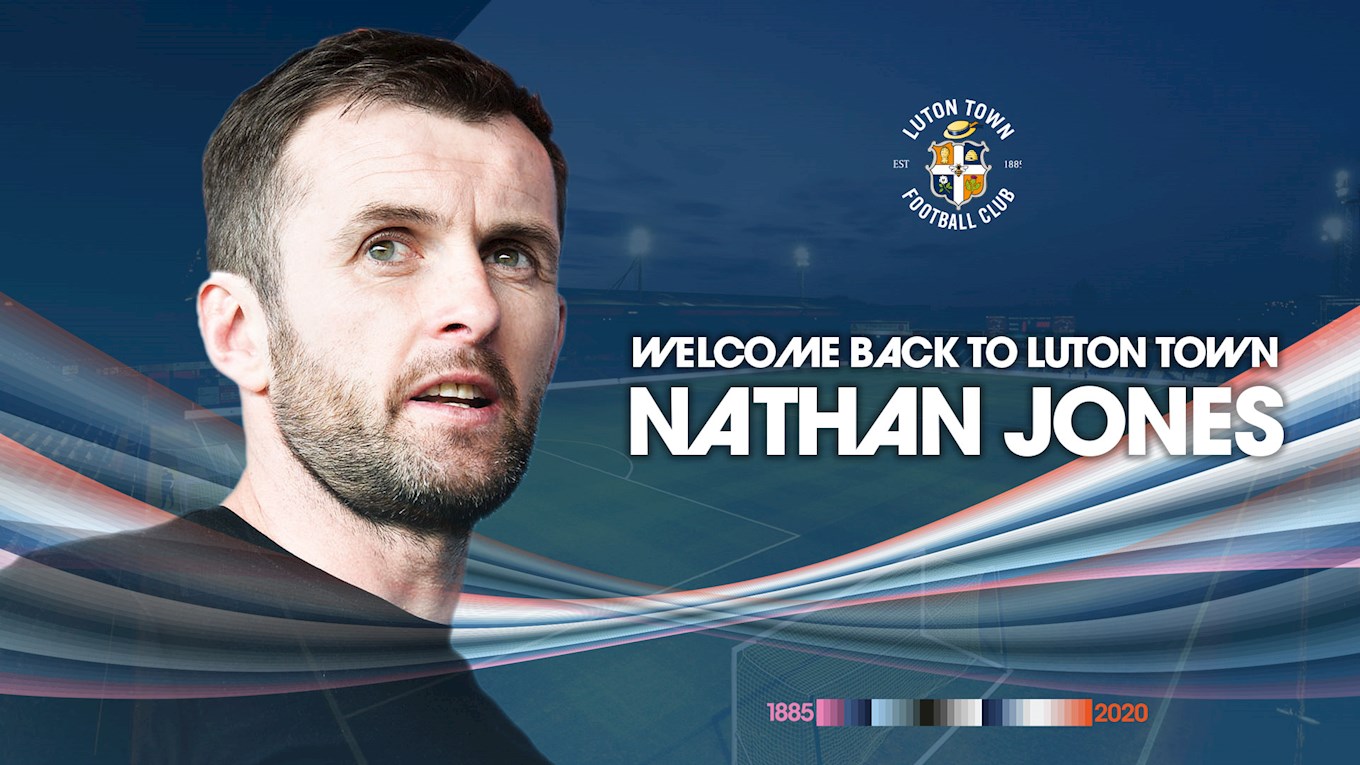