Tomorrow afternoon we will be showing the full match replay of the Hatters' FA Cup fourth round trip to Norwich City from 26th January 2013.

It was the day that Paul Buckle's team, sixth in the Conference and 85 places below the Canaries but having beaten Championship side Wolves in the third round, created history by becoming the first Non-League side to knock a Premier League club out of the Cup.

Buckle was soon to depart Kenilworth Road at the end of an unproductive league spell, but striker Scott Rendell's second-half goal has gone down in Hatters folklore as the Town became the first Conference club since Sutton United in 1989 to eliminate a top-flight side from the world's most famous cup competition.

Log on to iFollow Hatters from just after 2.55pm to see the teams come onto the pitch and to watch the match in real time with our tweets, with kick-off at 3pm. Make sure you press pause for half-time and settle back down for the second period from 4pm!

In the meantime, click on the cover below to open up a pdf version of the matchday programme... 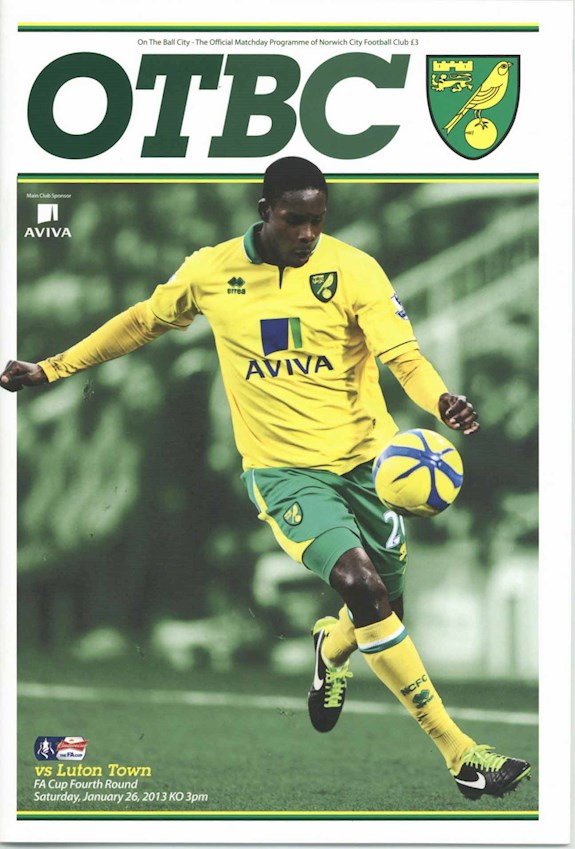