The video review of the 1990-91 First Division season is our latest Classic Campaign to be shown on iFollow Hatters FREEVIEW tonight. It is available all day, but to watch in real time with our tweets, log on from 8pm. In the meantime, here's club historian ROGER WASH'S account of another successful fight against First Division relegation...

The top stories to break during the close season of 1990 were all connected with off-field activities, chiefly concerning the take-over of the club by two London property developers, Peter Nelkin and David Kohler.

Talks of a take-over bid had been rumoured for several months but when the new owners were announced in May it came as a shock, mainly due to the speed with which the operation had been conducted. David Evans, whose tenure as chairman and, latterly, as director had been controversial, to say the least, quit the Board immediately to concentrate on furthering his political career.

The new men at the helm soon realised that they had inherited a beast with a gargantuan appetite. Money was pouring out of the club at double the rate at which it was coming in through match receipts. Their understandable policy of ‘good husbandry’ – which translated into less money to spend – were the last words manager Jim Ryan wanted to hear. Without money he could not buy, and if he could not buy, Luton would probably go down.

Kohler and Nelkin caused further ructions in some quarters by announcing that the artificial pitch would be taken up at the end of the coming campaign. While appreciated by true football-lovers everywhere, the decision displeased many in the local community who enjoyed its use as an all-purpose facility. The ban on away supporters was also scheduled to be lifted, as Luton strove to get back in step with other clubs. This time it was the police and local residents who objected. Opposing fans meant more policing and inevitably more vandalism. In short, Messrs Nelkin and Kohler, whatever the good sense behind their decisions, ruffled feathers from the outset.

One consequence of this belt-tightening was that Luton bought no one over the summer. Some left, however, notably Danny Wilson, who threw in his lot with relegated Sheffield Wednesday in return for £200,000. Wilson was said to be disillusioned by Luton’s lack of ambition, citing the absence of new signings as evidence. Also on the way out was Mick Kennedy who, when told of Stoke’s interest, had signed on the dotted line within 24 hours.

On the positive side, John Moore returned as reserve team coach after an absence of three years, following his resignation as team manager. His work was going to be cut out, as much would rest on the shoulders of the youngsters placed under his tutelage.

As it turned out, the Town, in their ninth season in the top division, started off gallantly, assisted no doubt by staying clear of injuries in those early weeks. Wins at Southampton and at home to Leeds and Coventry were eclipsed by a superb 3-1 victory at Norwich. Recalled to the side for the first time since December, Steve Williams engineered the win at Carrow Road, setting up fit- again Lars Elstrup with two of the goals in the Dane’s hat-trick.

Everything in the Luton garden appeared to be rosy. Then, out of the blue, it was announced that right-back Tim Breacker was to be sold to Second Division West Ham for £600,000. Breacker, it appears, was not over keen on dropping down a division, but in the face of a £1 million Luton overdraft, all saleable assets had to be sold.

The Hatters limped through until Christmas. Too often they flattered to deceive, playing pretty football but failing to convert enough of the chances that came their way. This was to prove costly in the long term as too many games in this period were lost by the odd goal.

On Boxing Day Luton lost the services of one of their brighter prospects when Ceri Hughes’ knee injury curtailed his season. All of a sudden all was doom and gloom. Wimbledon contemptuously crushed the Hatters on New Year’s Day, Southampton won a fluctuating game at Kenilworth Road 4-3, and Leeds held too many trump cards at Elland Road, where the home crowd pressured the refereeing into awarding a phantom penalty. Worse was to follow when West Ham trounced Luton 5-0 at Upton Park in the FA Cup, and QPR’s Les Ferdinand broke clear to score a last-minute winner at Kenilworth Road.

All things considered it was a good time to face Liverpool, in the wake of Kenny Dalglish’s traumatic resignation, and Luton took full advantage, winning 3-1 at Kenilworth Road with two goals from the recalled Iain Dowie. The Ulsterman scored the following week, too, in a 1-0 victory over a strangely defensive Nottingham Forest. And when this was topped by a 2-1 win at Aston Villa, helped by a breathtaking volley from youth product Mark Pembridge, fans began to think of putting away their relegation tranquillisers for another year. Plans to increase the size of the top division from twenty to 22 clubs meant that only two clubs instead of the usual three would face the chop. That was good news for Luton and for everybody else down in the mire. This, and the Hatters’ fleeting upturn in fortunes, meant the spectre of relegation receded into the distance.

The supporters relaxed a little too soon, for the team suddenly went into free-fall. First they lost by the odd goal at Coventry, having led for half the game. Then they did everything but score at home to Norwich, only to lose to another goal snatched on the break.

By and large, supporters had reacted with commendable stoicism to the slings and arrows of outrageous fortune. But when West Ham’s bid of £480,000 for Iain Dowie was accepted the natives became restless, firing off numerous letters to the local press and voicing their disapproval at home matches in no uncertain terms. Like Breacker earlier in the season, Dowie did not want to drop down a division, but the dire finances at Kenilworth Road followed their own inescapable logic. Dowie went. Many supporters with a nose for the way the wind was blowing sniffed relegation in the air with the irresistibility of a coming typhoon.

Results seemed to underline their fears. Defeats at Manchester United and Sheffield United were followed by a 0-0 home draw with Tottenham and a 3-3 draw at Chelsea. That last result hammered in a further nail, as the Hatters led 3-0 at one stage, but were left hanging on desperately against ten-man opponents. Wimbledon shaved another victory at Kenilworth Road, and then, in a relegation ‘six-pointer’, Sunderland displayed greater appetite for the scrap and returned to Wearside with three precious points under their belts.

Inexplicably, Sunderland failed to capitalise on their 2-1 victory, so that by the time of the final game they were level on points with the Town. The Hatters had to play doomed Derby at home, while Sunderland travelled to play Manchester City at Maine Road.

Although on paper the Town’s looked the easier task, they had not tasted victory in any of their last nine games. For the third year running they escaped at the death, this time when ex-Hatter Mick Harford obligingly put through his own goal. Lars Elstrup added a second, and Sunderland’s 2-3 defeat was immaterial.

Jim Ryan and the team celebrated in front of jubilant supporters, massed on the soon-to-be torn up artificial pitch, little knowing of the storms that lay ahead.

For the third season running Luton’s survival was down to the final game. Although this time the Hatters did not have to rely on others stumbling, the situation at the bottom was still extremely tight.

The last relegation spot was between the Town and Sunderland. The two teams were locked together on points and had an identical goal-difference, though the Hatters were advantaged by having scored four more goals. In short, Luton had to equal whatever score Sunderland achieved at Maine Road. Tactically, Jim Ryan dispensed with the sweeper system that had come unstuck at Everton the previous week, knowing that it was imperative to win, and perhaps win well.

The Hatters had not won for nine games and had only scored once at home in that time. These were bad omens, but they were offset by playing the worst team in the division, and one that was unlikely to raise their game – even if that was possible. Luton’s valedictory match on their artificial pitch saw them attack their opponents from the start. Skipper John Dreyer headed over the bar after two minutes. Harford replied with a header soon afterwards that passed too close for comfort, but that was the last seen of Derby during a first half which saw both Kingsley Black and Sean Farrell waste reasonable opportunities.

Just when supporters were thinking the worst, a Jason Rees free-kick skidded off Harford’s head for an unfortunate, but gratefully received, own-goal. Coming at the death of the first half the timing could not have been bettered. Luton added a second goal shortly after the restart, when Lars Elstrup headed in a corner that had been helped on by Dreyer and Black. Coming with the news that Sunderland were trailing at Manchester City, supporters commenced a premature survival party on the terraces.

The Town survived a late scare when Wright headed against the bar, but the defence held out until the end, which signalled another crowd invasion. Luton’s 2-0 win would have counted for nothing had Sunderland won by three goals, but such a score belonged to the realms of fantasy, and Luton and their supporters partied well into the night. 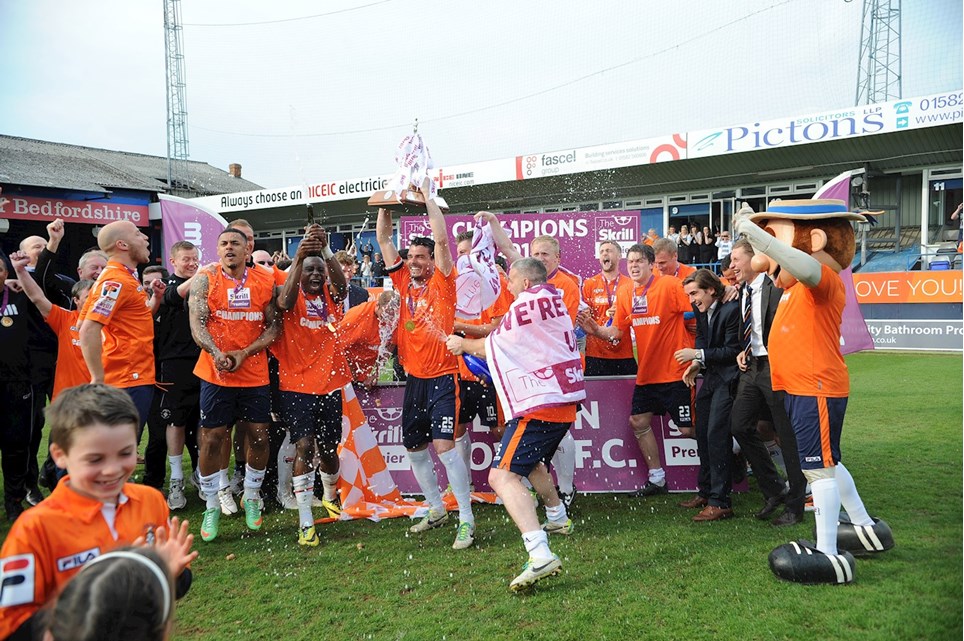 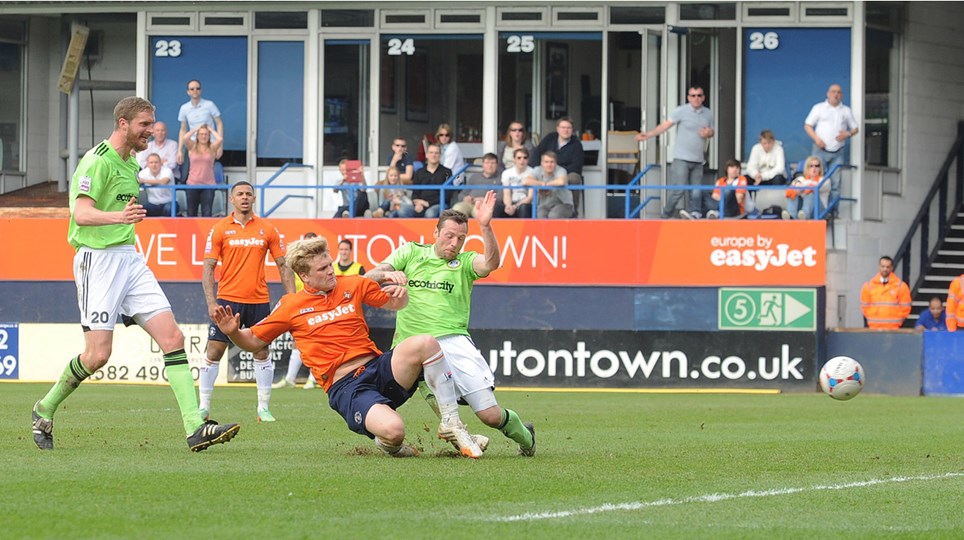 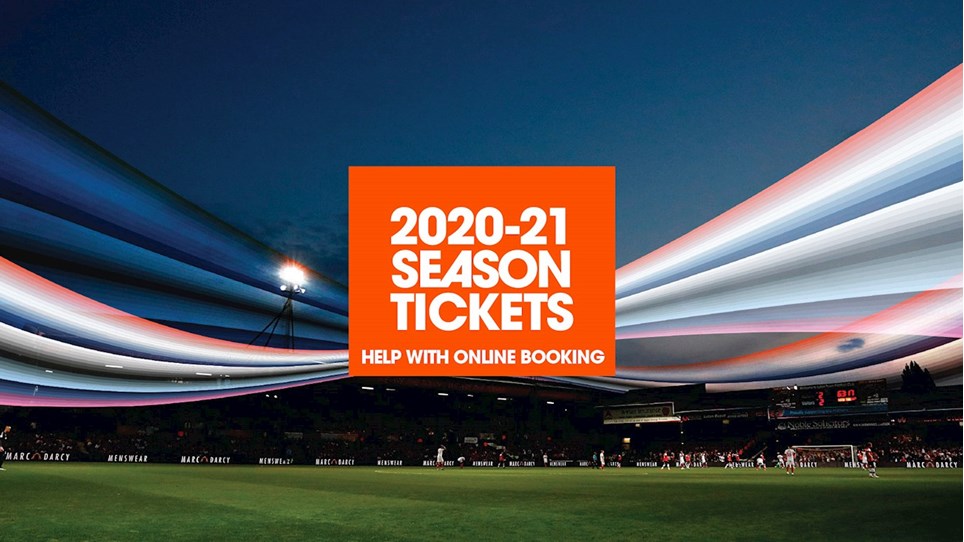 
We’ve been delighted with the response to the 2020-21 Season Ticket campaign so far, with more than 3,900 people renewing their seats already.


The EFL has provided its Clubs with updated and finalised Return to Training Protocols (RTT) ahead of the planned resumption of tailored training on Monday 25 May 2020 for Championship Clubs, and...