As well as our hospitals and the wonderful NHS staff and volunteers working in them, the nation’s care homes have been at the forefront of news bulletins during the coronavirus crisis.

Each Thursday at 8pm we come out of our front doors to clap not only for those nurses and doctors on the wards and in the community, but also for our country’s carers who are doing an unbelievable job to protect and look after the nation’s elderly and most vulnerable residents.

Recently we received an email from staff at the Caddington Grove Care Home, several of whom – like many of the residents – are lifelong Hatters.

They explained that some of the residents in the home live with dementia and are currently struggling to understand why they can’t see their family. Of course, this would have an impact on their mental health and wellbeing, as well as those homemakers who look after them and try to explain why it has to be this way.

Frustration would be rife, naturally. But one subject that does keep their spirits up, we were told, was talking about memories of coming to Kenilworth Road, watching Luton Town - and one man especially - in action.

As this week is Mental Health Awareness Week, we wanted to share this video of the legend that is Mick Harford delivering a message of support to the staff and residents of Caddington Grove – and answering three questions that they could get them talking positively about the old days as they continue to isolate.

If it works for the guys at Caddington, we wanted all care homes to be able to play it to their residents – and indeed any of our supporters who are suffering at this time, to be able to hear from Big Mick.

We encourage anyone, of any age, not to suffer in silence. It's ok not to be ok.

Our mental health and wellbeing is of paramount importance so please pick up the phone and contact one of the many local charities and help organisations detailed via the link here - including the EFL charity partner Mind - if you feel the need. 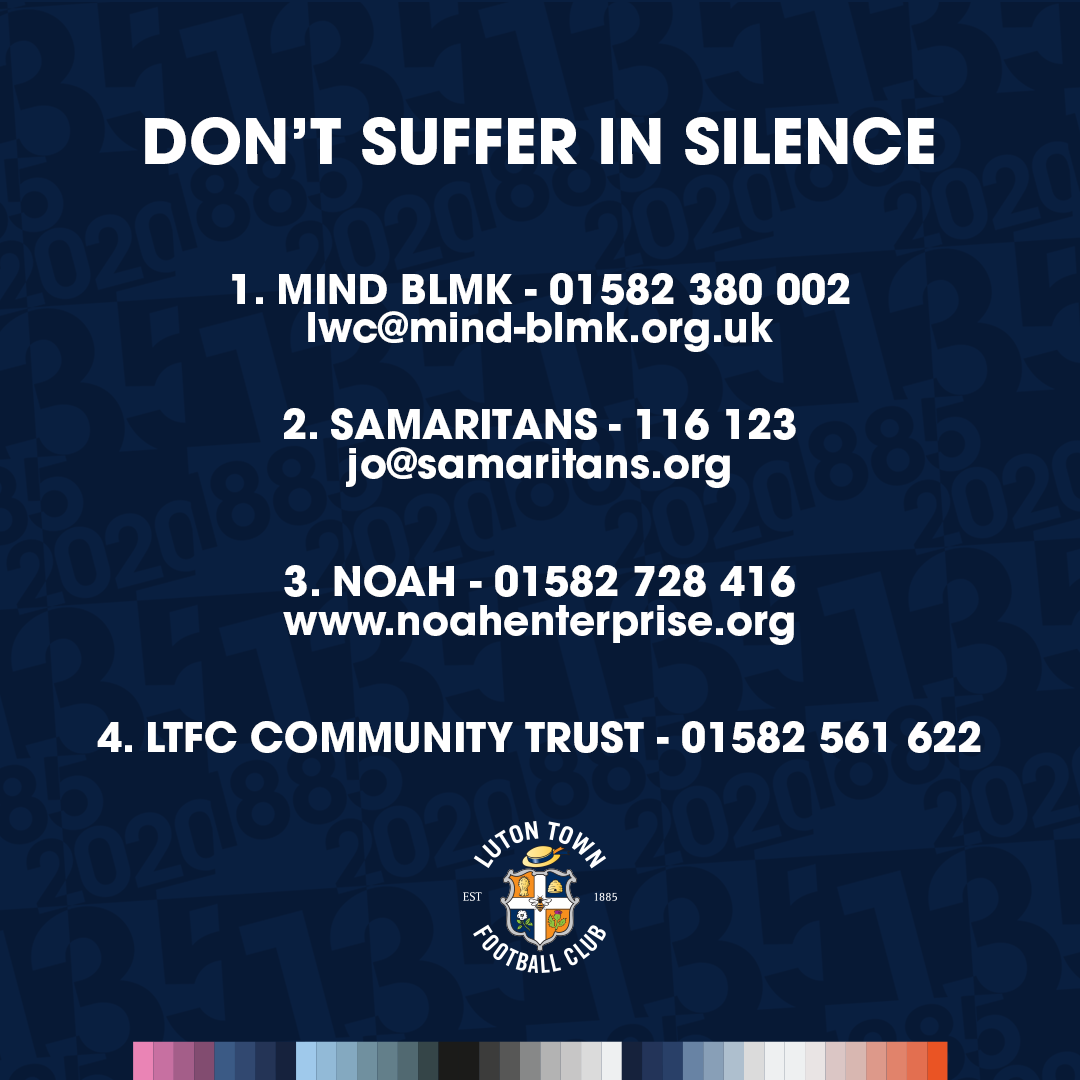 And for those who would prefer to read Mick’s answers to the questions, here they are:

Irene, a resident at the home, asked: “What was your favourite moment as a footballer/manager? Winning the League Cup, playing for England, taking Luton up to the Championship last year?”

Mick’s answer: “Really good question Irene. They are all very different. Winning the Littlewoods Cup with Luton was my first and only major honour as a football player. Playing for England is a massive achievement in anyone’s career, so I was really honoured to play for England a few times.

“But the thing that sticks in my memory and makes me really happy is that I cherish what happened last season, because everyone at the football club had to get together – not just me, the staff, everyone – it was a real joint effort.

“And at the end of it, after having a successful season of being champions having taken over in a very difficult situation, it was brilliant to see the smiles on the Luton Town fans and smiles on the players’ faces, after what we’d achieved in such difficult circumstances.

“So overall, and it’s clear in my mind at the moment because those two other achievements were such a long time ago, I’d definitely say last season.” 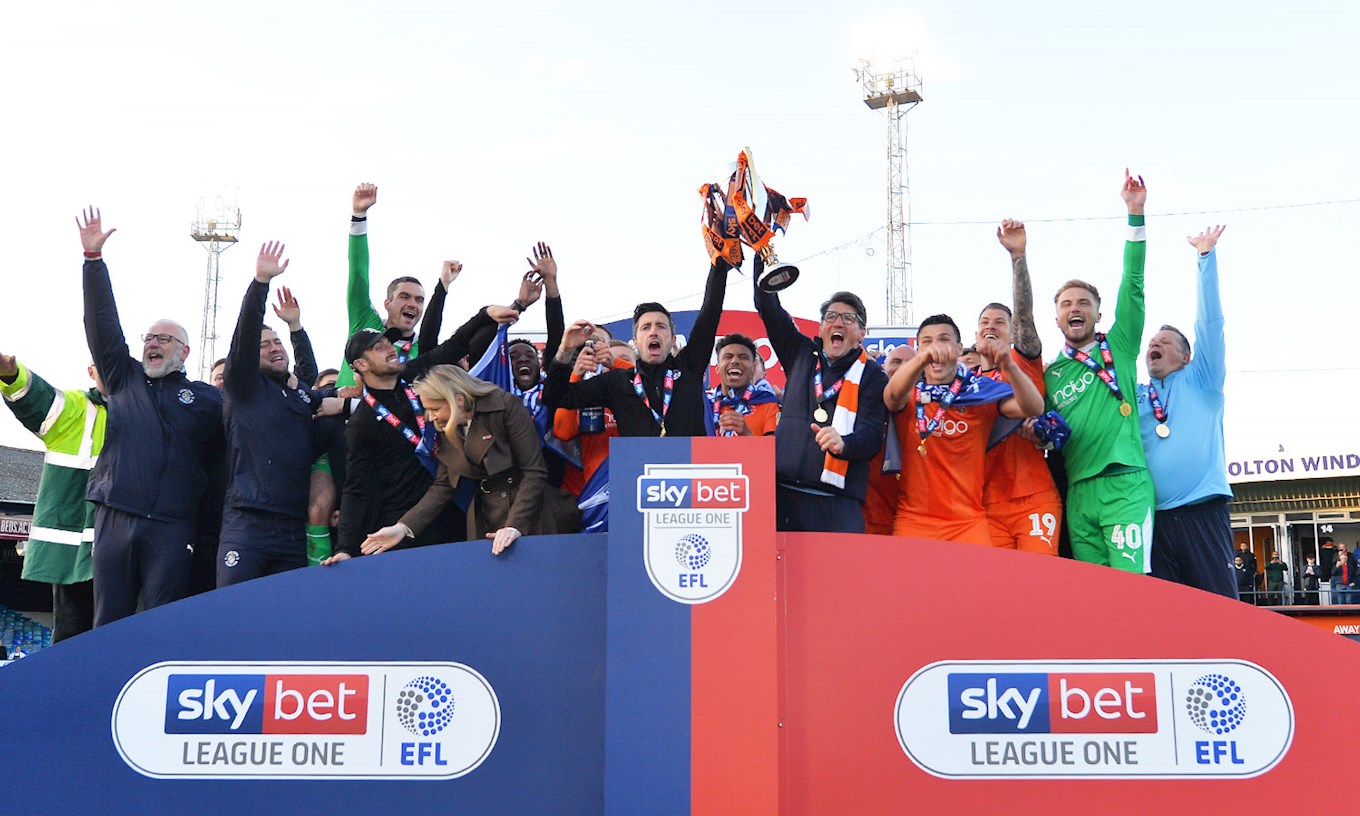 Another resident, Derek, asked: “Hi Mick, big fan. When you played for Derby, you famously scored an own goal against Luton, saving them from relegation. Was this on purpose?”

Mick’s answer: “Another good question Derek. I’m afraid to say it wasn’t on purpose. I’m glad I did it, and endeared me more to the Luton Town fans, because it was a case that Derby County had nothing to play for that day and Luton had everything to play for, so I’m glad Luton got the victory and stayed up.

“I remember it vividly. Jason Rees stuck a free-kick into the penalty area and I was in the zone where I normally was to try and head the ball out. It skimmed off the top of my head, over the top of Peter Shilton and into the back of the net.

“After the game I was lauded by the Luton Town fans for scoring an own goal and I was just pleased to contribute in that way, but it wasn’t intentional unfortunately.” 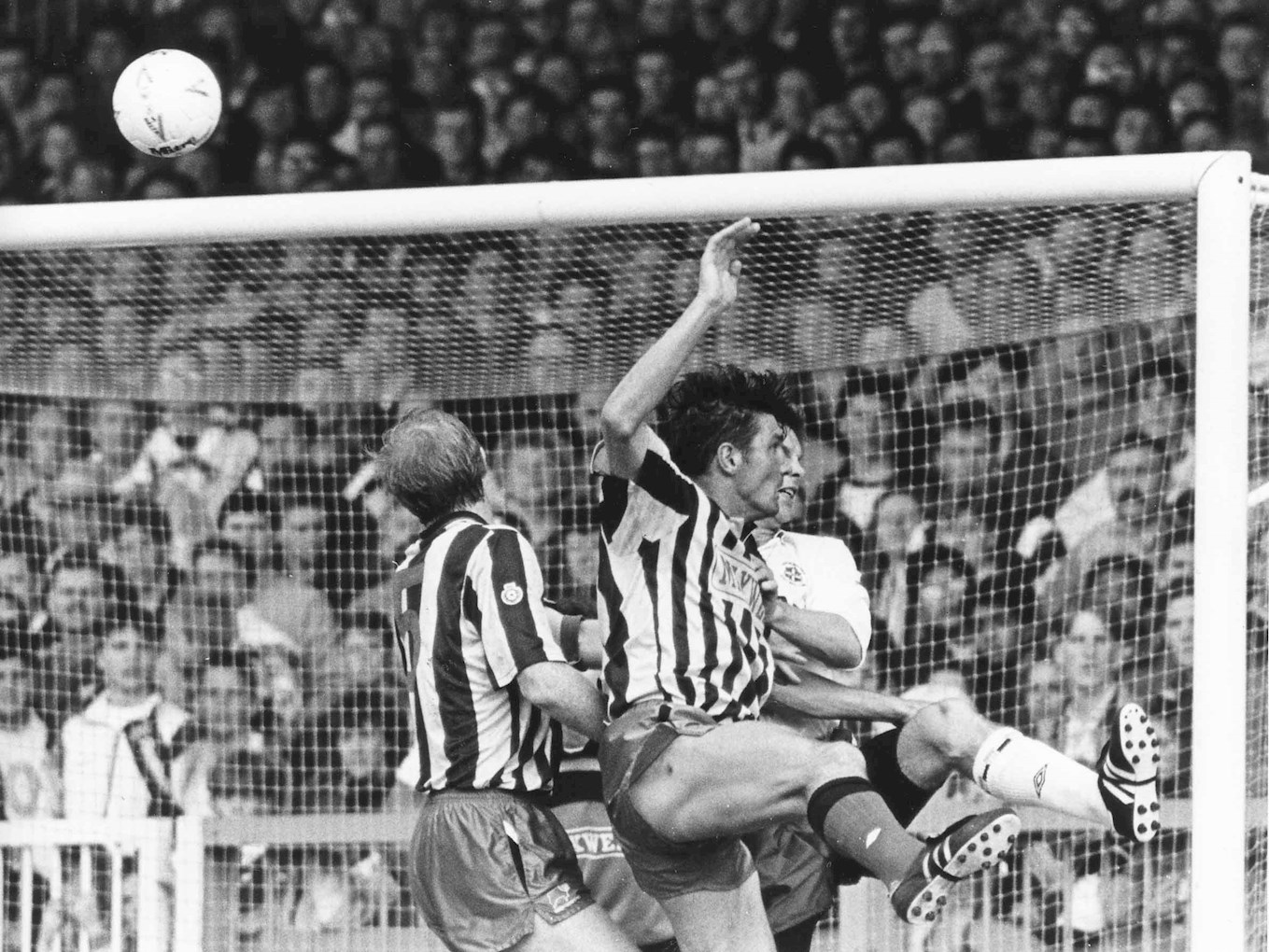 Member of staff, Kyle, asks: ‘Who was the best player you ever played with in your career?’

“Throughout my career I played with some amazing players, from when I first started out at Lincoln, then I went in at Newcastle and played with a young Chris Waddle, who we all knew was going to be a top player and he went on to great things.

“I moved on to Birmingham and I played with my best friend Tony Coton, who in my opinion was the best goalkeeper I played with, including playing with David Seaman, Les Sealey and Andy Dibble, to name a few.

“Then I was fortunate enough to be in the England squad, but it was only fleetingly that I played with the likes of Bryan Robson, who was brilliant footballer, Gary Lineker, Peter Beardsley and Stuart Pearce, to name but a few who went on to have fantastic careers.

“But probably the best team I played in during my professional career were those in the Eighties at Luton. I came and Luton had a team of a lot of international footballers – Mal Donaghy, Ashley Grimes, Brian Stein, Steve Foster. Some younger players – Mitchell Thomas and Tim Breacker, who’d been capped by the Under-21s – so there was an array of talent at Luton.

“Brian Stein and Ricky Hill were brilliant players with fantastic skill and great ability, and they were really good lads and it was a pleasure to play with them.

“But if I had to choose one of all of those players, it would be from that era, and he was a proper leader, a proper man. He played the majority of the games, and he played a lot of them injured or not fit. He was brilliant in terms of he got everyone together, created a great spirit and camaraderie, and he was just a man-mountain at that time.

“He was our leader, and that’s Steve Foster, who wasn’t the most skilful player, he wasn’t in the Brian Stein or Ricky Hill class in terms of ability, but he was overall the best player I played with in terms of when you’re out on the pitch and needed looking after, and when things were going badly at times, he was the  one who would get us together again and get us uplifted.

“He was totally under-rated and arguably, in my opinion, the best signing that Luton Town ever made.” 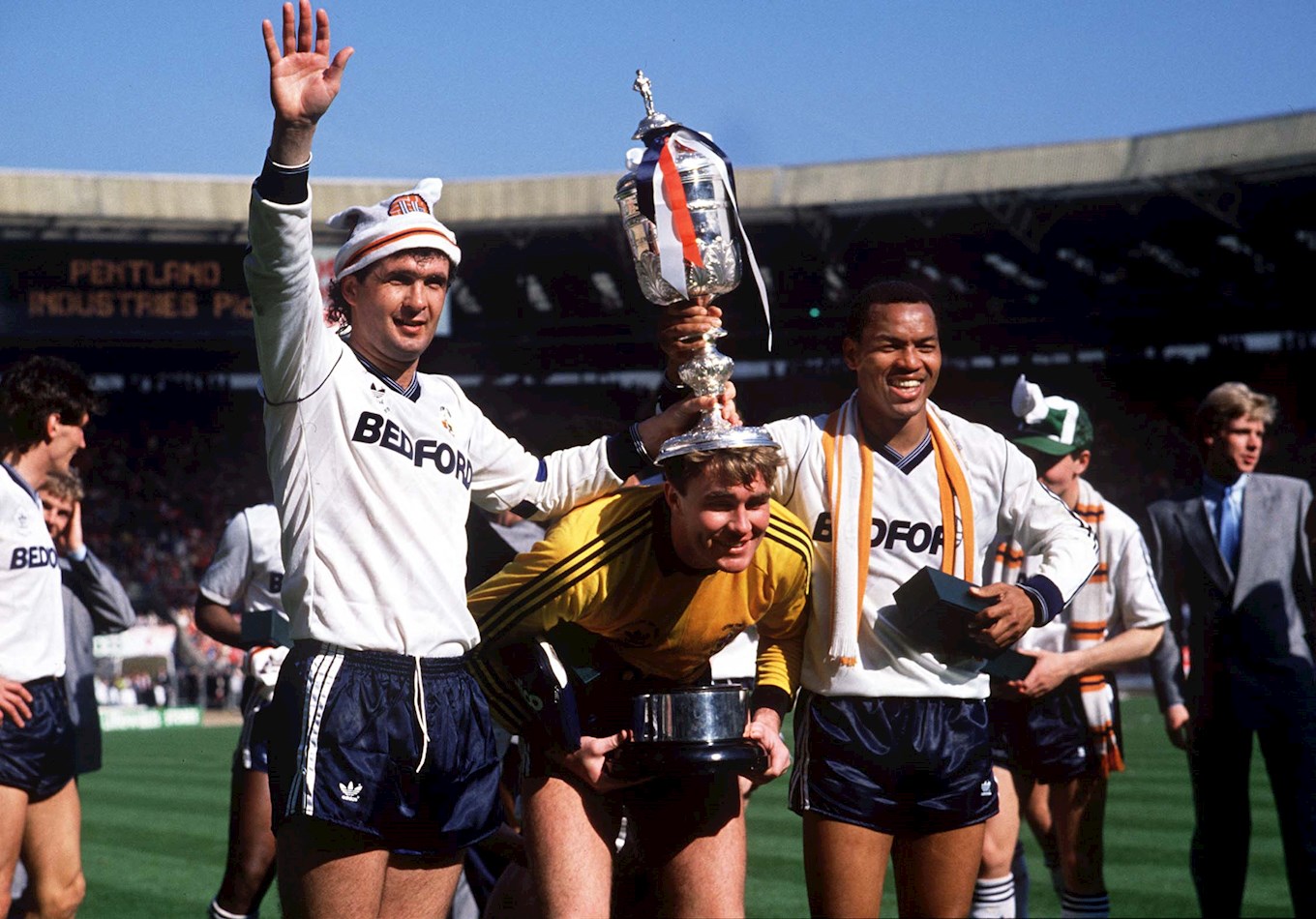