After a run of three league games unbeaten, with goalless draws at Cardiff and Brentford sandwiching a home win over Chesterfield, the Hatters had started to recover after four straight defeats to open the Division Two (now League One) campaign as they headed to First Division Watford for a midweek Worthington Cup first round tie.

For the first game between the rival clubs in four years, manager Joe Kinnear selected Carl Emberson in goal as the only change from the goalless draw at Griffin Park four days earlier, after Charlton boss Alan Curbishley refused permission for on-loan Ben Roberts to play in the competition.

Out-of-favour striker Tony Thorpe was dropped from the matchday squad completely, with Carl Griffiths and Andrew Fotiadis coming onto the bench to make up the 16.

Watford, who had made an unbeaten start to their home league campaign, winning three and drawing one, included ex-Hatters Alec Chamberlain and Sean Dyche in their side. 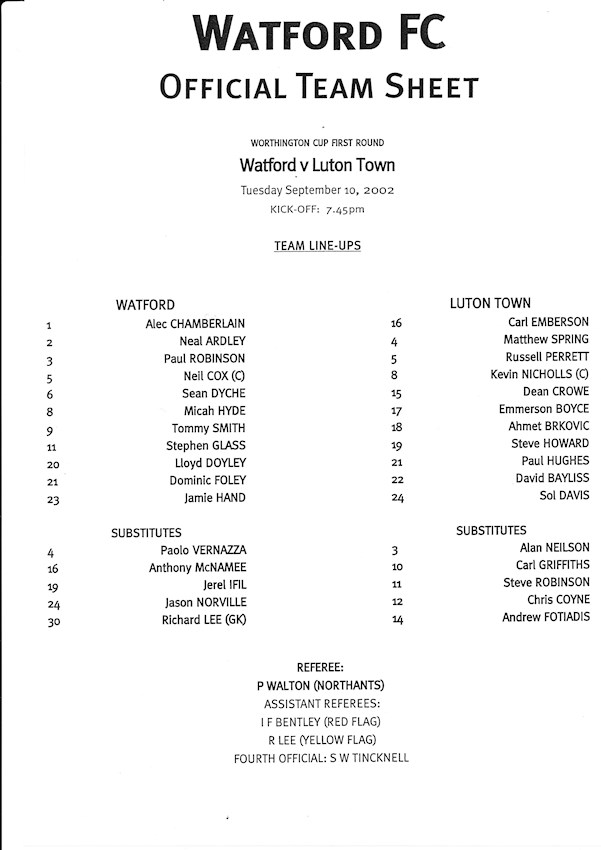