To acknowledge the Hatters' support of the first National Intergenerational Week, we asked yesterday for your stories and pictures to show how coming to watch Luton Town has brought you closer to people from other generations. Club historian ROGER WASH got the ball rolling...

On August 13th 2013, Stan Wash went to his first Hatters home game when the Town drew 1-1 against Macclesfield in the Skrill Premier.

Nothing particularly staggering about that apart from the fact that he joined a long line of Luton Town supporters going back to the earliest days and became the sixth generation of Washes to follow the ups and downs of the club over the years.

Father Phil made his home ‘debut’ against Wimbledon on 17th October 1987 and has remained loyal ever since – this despite thinking it was normal for the Town to get to Wembley every season in his formative years and finding out later that this was certainly not the case.

Stan’s grandfather Roger has been a regular since 1958 and before that Jack, Bert and Sam suffered and celebrated at Kenilworth Road, Dunstable Road and Dallow Lane.

*Stan is pictured above on his home debut in 2013 flanked by father Phil and grandfather Roger. Stan is rather bigger now and has his own season ticket! A young Phil is pictured below before the Wimbledon game in 1987 with father Roger and the frightening Kenilworth the Cat! 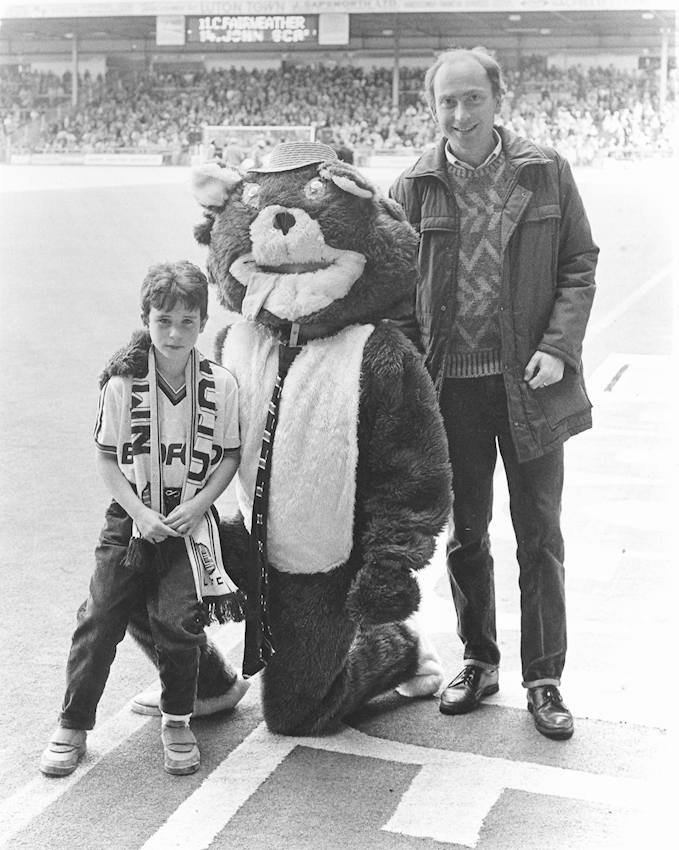 And if there is one thing that brings so many of us together, it is for the love of football. So often our love for the game is passed from generation to generation and stadiums across the world become a place where people of all ages cheer on their team week in, week out. Strangers become friends and friends become like family.

In a time where isolation and loneliness exists for many of those within our community, we should use this awareness week to reach out to those around us and take the opportunity to learn, understand and appreciate that we all, no matter what our age is, have so many experiences and skills to share.

As ever, we would love to hear your stories. Perhaps the Hatter sitting next to you is three times your age but has become a great friend, or you are one of our younger supporters who attends matches with several generations of your family? You can share your stories via Twitter or at info@lutontown.co.uk