With it being Intergenerational Week, we’ve been wanting to hear stories from supporters about how Luton Town has brought different age groups together.

Our 100-year-old supporter Fred Young featured on Sky Sports earlier on this season – who is a popular figure at the ground, as well as receiving the following story from 18-year-old Thomas Wheatley, who usually sits in the Kenilworth Road Stand.

Having gone to Tadpoles in Luton, which is run by supporter Pam Gray – a lifelong Town fan who according to Thomas, helped setup Junior Hatters – Thomas was looked after by Pam at nursery.

They were both at the Sunderland home game last season – when Matty Pearson scored in a 1-1 draw – and ended up sitting one row in front of another in the David Preece, having not seen each other since Thomas had left Tadpoles.

They have since reconnected and are in regular contact, and wave to each other at games from one stand to the other.

Pam got in contact with us the earlier on today and we were delighted to speak to her – who even in these difficult times was in high spirits, keeping herself busy by walking her dog Sammy and doing plenty of baking.

Her support for the Hatters runs deep, with her grandchildren now getting down to games at Kenilworth Road when they can.

Looking back on how she met Thomas and his family, she said: “He was a little boy when I ran a baby unit for little boys, Thomas has a lovely family.

“He went off, grew up and then we met up again at the football club – I met Thomas with his dad there one day and we have got a good rapport going now.

“I worked for Luton Borough Council at Grasmere Nursery. In my job, in my line of work you do recognise people. I recognised Thomas, because he and his family were a major part of my life, I had a new job, and they were a lovely new family.

“We had a little cuddle when we saw each other – embarrassing for him as I am in my 70s! But now me and his family are in regular contact with each other.”

Pam’s involvement in the club’s history has turned out to play a massive part in where we are now, having been on the committee that stopped us having to up sticks and move north.

“I was a part of the committee that stopped the club being moved,” she explained. “My husband is 75 now, he has been going to watch them play for 71 years. We got a box there for my son’s 50th birthday last year and now my grandchildren go when they’re not at university.

“At the Man City game when we stayed up, David Pleat did that jump across the ground. We then got wind of people trying to move us to Milton Keynes and I had two young boys and my husband and we all supported the club and I thought ‘no, you’re not doing that’. 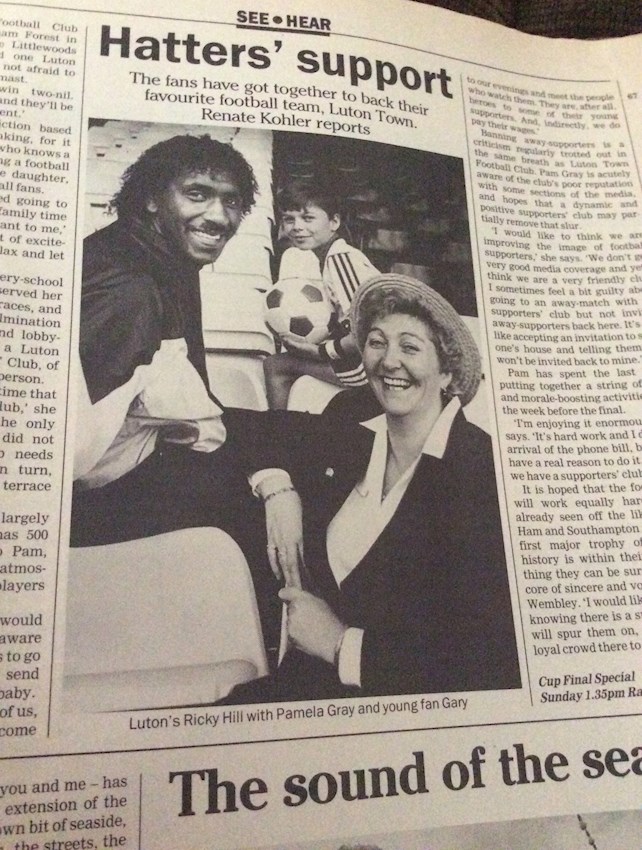 “From there that’s how our committee was formed and we had a big struggle. It took over our lives really. We went to a board meeting with David Evans and he looked at me and in front of everybody I said “can I form a supporters’ club” and he said, “yes, I suppose so!”

A huge thank you to both Thomas and Pam for getting in contact and sharing your fantastic story!

If you would like to submit a story about Intergenerational Week and how the Hatters have brought you and somebody of a different generation together, please email us on the address above. 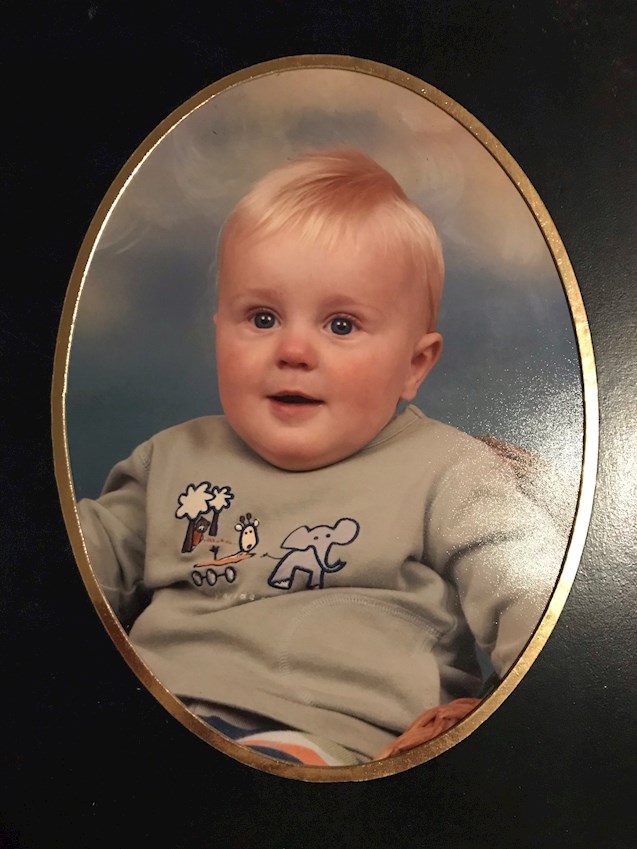 (Thomas back in his Tadpoles days!)