Elliot Lee has admitted that the players are not ‘going down without a fight’ after a superb 1-0 away win at Swansea City yesterday.

For Lee, it was the first time he has started a league game since the opening day of the season, and he was delighted to again be involved for the first time since making his 100th appearance for the club as a substitute at Nottingham Forest in January.

“It was a great feeling,” Lee began. “It was a great win for the boys, a great three points, and it was great to be back out there. I’ve missed the feeling a lot." 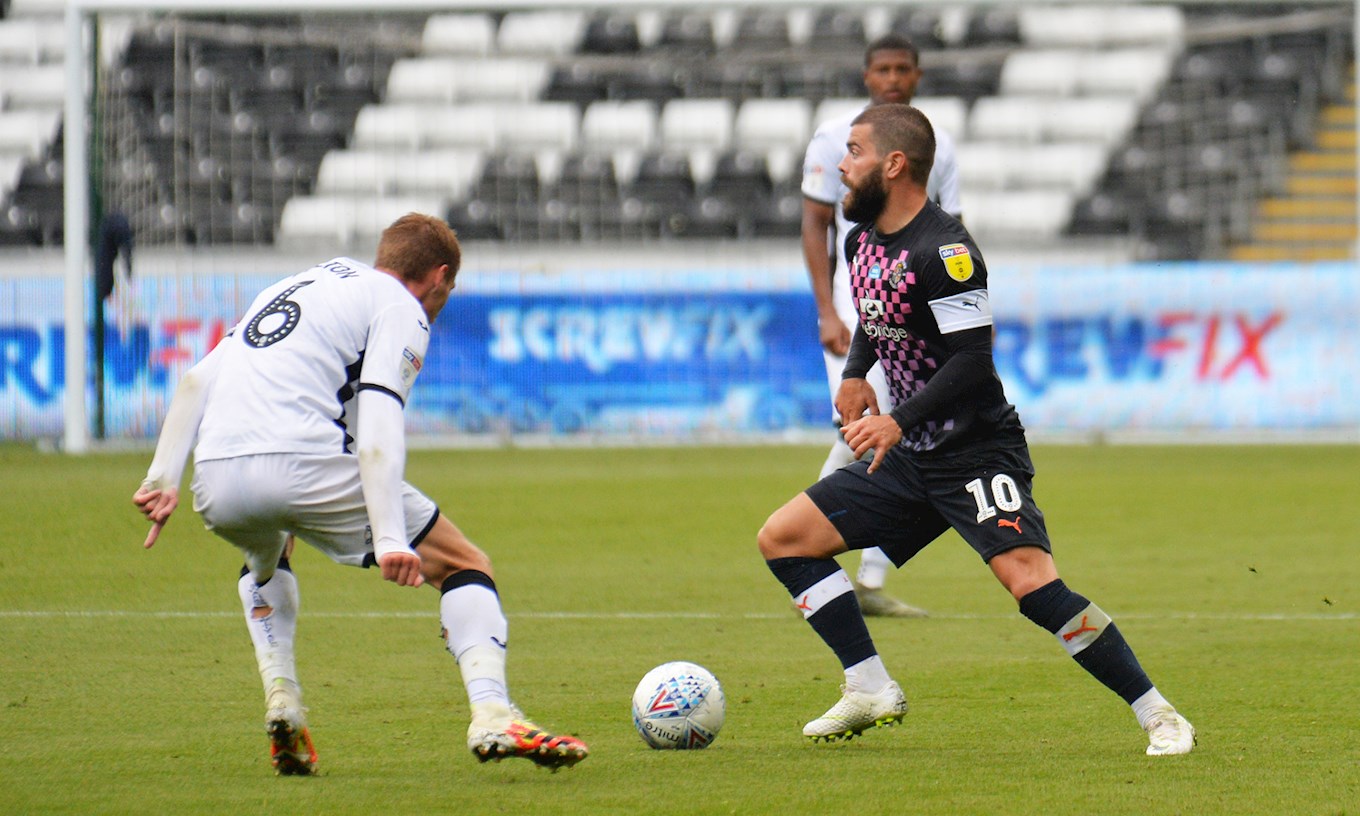 James Collins’ second-half goal was the decisive moment in the match and the 25-year-old was full of praise for his team-mates.

“I thought we were fantastic in every area," said Lee. "We said at half-time we felt very comfortable and in control of the game. They created very few chances and it was just about getting the first goal and keeping the clean sheet. It was a great ball by Izzy and a great header from Collo. It’s a brilliant three points from the boys.”

In an unfamiliar role, Lee was used on the left-hand-side but the former West Ham youngster isn’t fussed about where he is on the pitch, he just wants to be on it.

“I can play up top, as a 10 and from the left," he said. "When you’ve been out of it as long as I have it’s just great to be a part of it. I’ll play left back if I have to! I just want to give my all for this club, for the manager and for the boys. Hopefully it’s enough to stay up.” 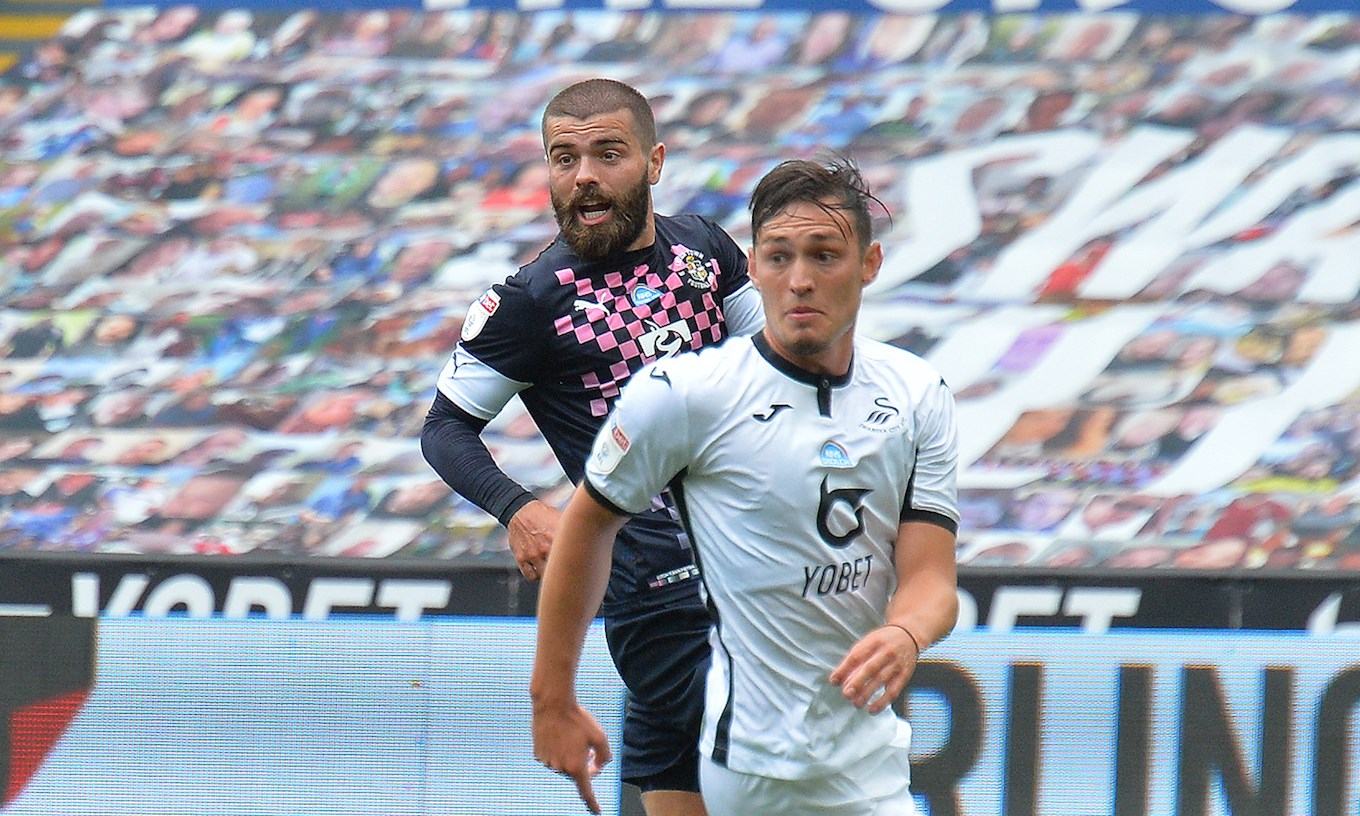 Lee heavily featured under Jones in the League Two and League One promotion-winning campaigns, and it’s fair to say that the forward is glad to see the manager back at the club.

“He went through a lot at his previous club," said Lee. "He’s learned a lot and the thing with the gaffer is he always brings a positive atmosphere and drives people every day. As long as you’re training and working hard, you’ll always have a chance, and the biggest thing he’s brought is a positive atmosphere.”

With seven games to go and Leeds United up next, the Hatters will have to continue giving their all to make up the current three-point deficit if they want to climb out the relegation zone.

Whilst nothing in football is certain, Lee knows the rest of the players are fully committed to the cause, adding: “We’re not going to go down without a fight. We’re confident we can get enough points to stay up and it’s been a great first two games for us. Four points is a great return. We’ve got Leeds on Tuesday and hopefully it will be another positive result.”

He also stressed how important it is for him to help the club survive, despite his own future being up in the air with his contract up this summer.

Asked whether he thought his Luton career was over, Lee said: "100 per cent yes. I love this club and I love playing for this club. I’ve been through some great times – League 1, League 2, and with the staff, the boys - everyone at the club - I’ve absolutely loved it. It was a real shame, not just because I wasn't playing but the way it was ending. We didn’t deserve to be where we are. If Nathan Jones hadn’t left, I think we’d be in a much better position.

"We sort of lost our way. The dressing room wasn’t the same as what it was, and you can say I might be bitter because I wasn’t playing, but I think a lot of the players would say that. I'm not being bitter just because I wasn't in the team.

"I wanted the team to stay up because we deserved to stay up. We'd all put in the hard work in League Two, League One, and we all deserved to be in this league. It's good that there is a positive atmosphere."

And he insists he's not worried about the possibility of injury while he commits to the cause for the final games of the extended season.

"There have been no talks yet [about extending for next season]. It was just sign a month to help the club, and I was happy to do that. I just want to get through these seven games, hopefully we can stay up and I'll leave all that until after the seven games." 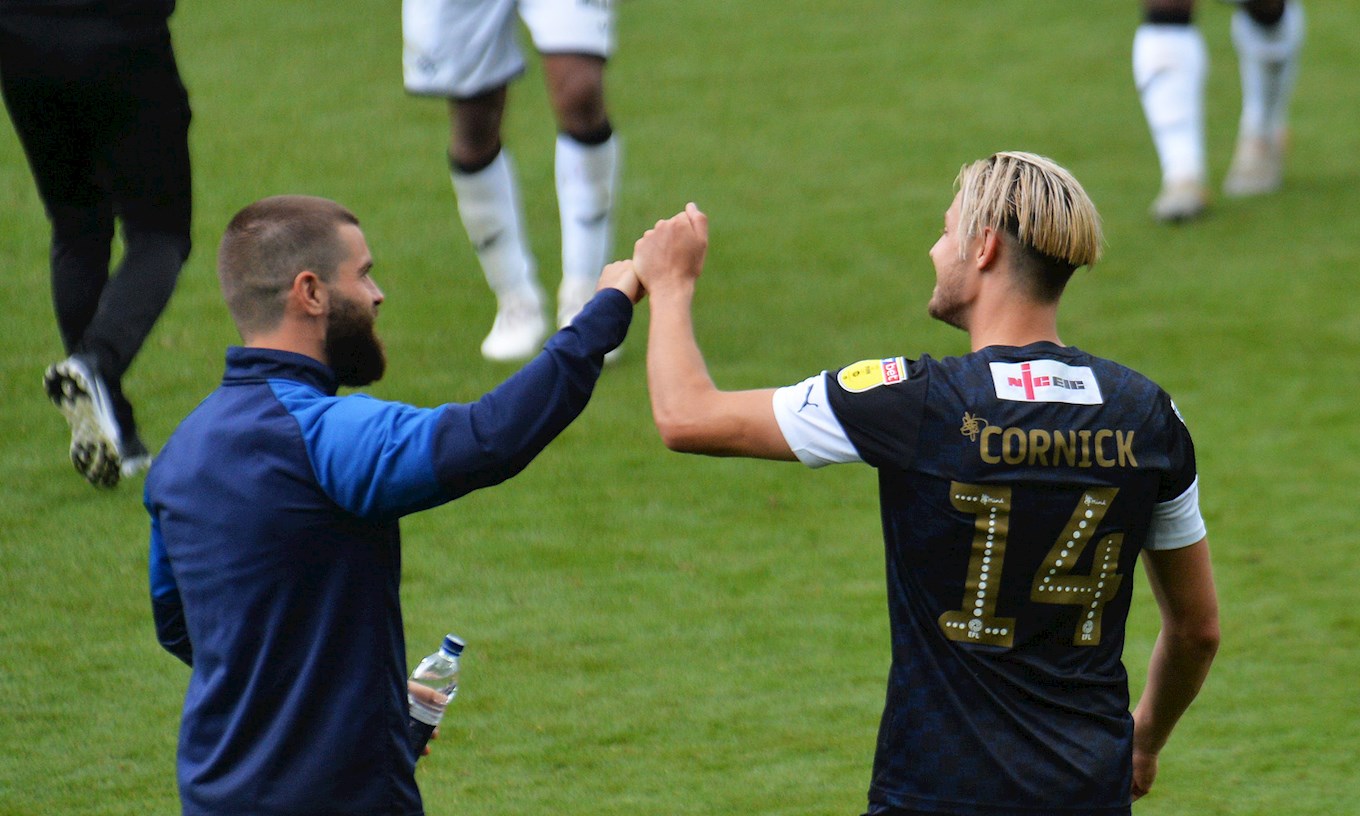