The Hatters will be wearing the iconic double-diamond with pride on all kits and training wear having signed a long tern partnership from the start of the 2020-21 season.

Umbro was founded in 1924, by a young tailor named Harold Humphreys who believed that style was a performance advantage – if you looked smart, you played smart – a principle which remains today. Since then, the 'Double Diamond' has been worn on and off the field by some of the world’s best athletes – from gold medallists to World Cup winners.

Quality, fit and purpose have always been at the heart of Umbro's design philosophy, from the first lightweight and breathable football shirts to crafted leather football boots built for ultimate comfort. Today, Umbro combines its rich heritage with modern sports culture to craft apparel, footwear and equipment which blends performance with style for players, teams and fans who are as passionate about the games as they are.

Over the past few months, we’ve been working with the Umbro design team to develop three fantastic new kit designs for the 2020-21 season – and we’re excited to be able to bring you the new designs soon.

And it’s not the first time that we’ve teamed up with UMBRO.

When the Hatters made their only appearance in an FA Cup final against Nottingham Forest in 1959, the team ran out in shirts produced by Umbro.

At the end of the 80s, while still enjoying our stay in the First Division, Umbro again provided our kits – with some iconic designs which are still popular with supporters today.

The Littlewoods Cup winning side of 1988 had been slowly dismantled but the Hatters were still punching above their weight in the top flight as the 1989/90 season dawned and then-record signing Danish international forward Lars Elstrup was welcomed to the fold.

With off the field problems reflected on the pitch the Town found themselves with three games to play and needing to win them all to avoid relegation.  Arsenal were seen off at Kenilworth Road before a last gasp Iain Dowie goal at home to Crystal Palace kept the slim hopes alive. 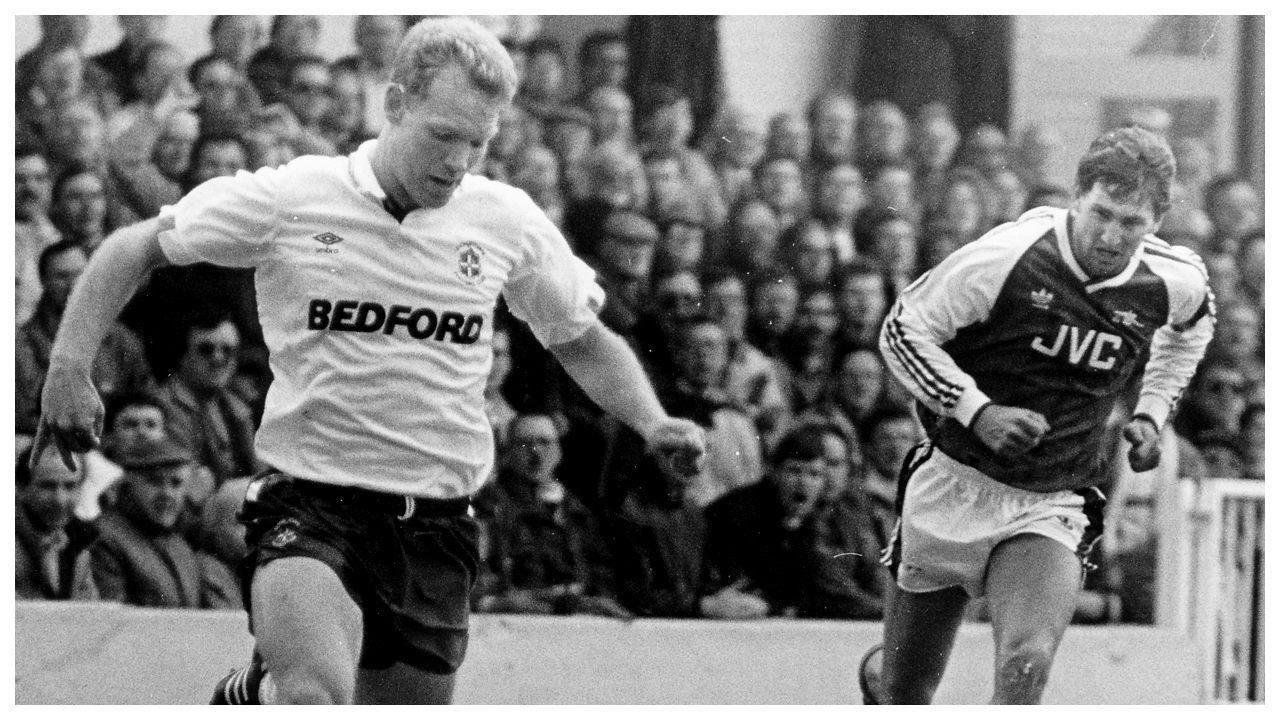 The final day trip to Derby was a nail biter.  The Town needed to win and hope that Sheffield Wednesday lost at home to Nottingham Forest. Both events happened on a glorious afternoon that will live long in the memory.

The summer of 1990 was a period of breaking stories of take-overs and players sales.  Once again this was reflected on the pitch with the Hatters needing to taste victory on the final day to end a ten-game run without a win. Derby were again the opponents, this time at Kenilworth Road, and the 2-0 win was met with jubilant fans on the pitch at the end followed by the news that Jim Ryan had been dismissed as manager to be replaced by David Pleat. 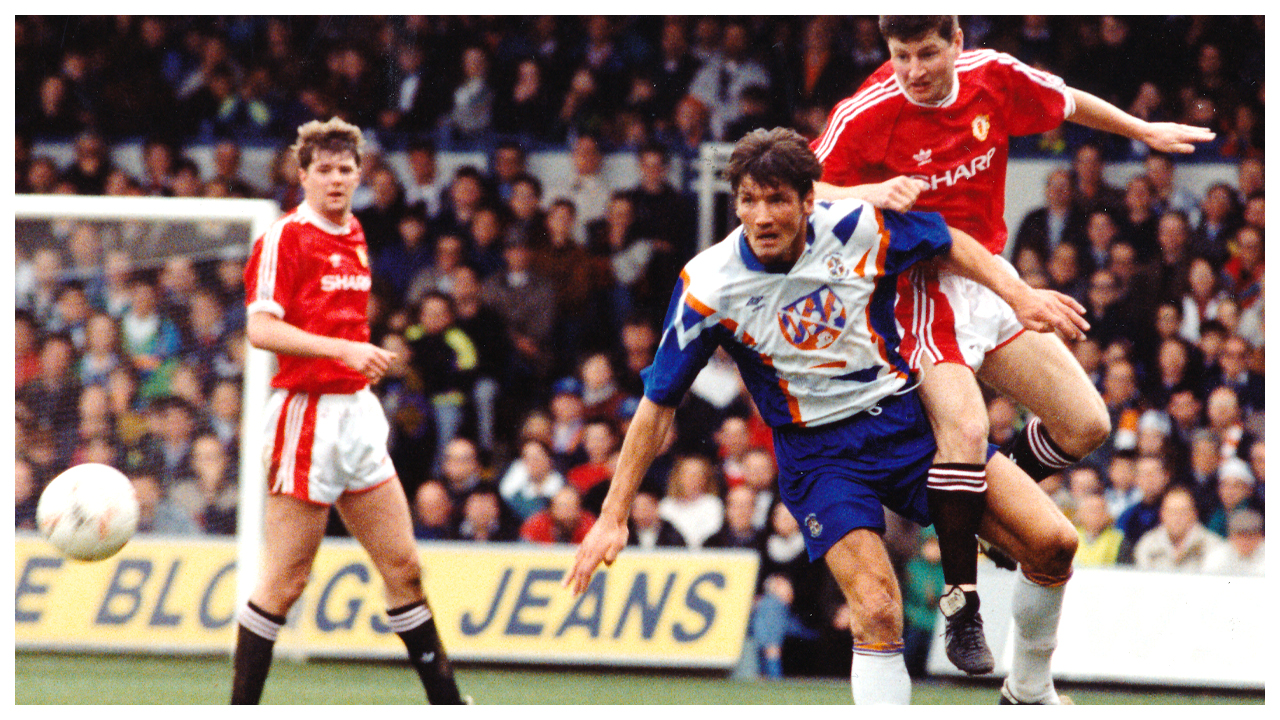 We’re delighted to be working with a sportswear brand with the heritage of Umbro. And while it’s fun to look back and remember the past, we’re very much looking forward to the next few seasons, safe in the knowledge that our shirts, replicas, training and leisure wear will be first-class products fit for the future.