Hatters midfielder Luke Berry was delighted to net his first goal of the season – indeed his first ever in the Championship – in the 1-1 draw with Barnsley last night.

But the 27-year-old spoke of his regret that fans weren’t there to witness it and to help inspire him and his Town team-mates in the fight against relegation.

Asked if it was nice to score against his old side, with whom he spent the 2014-15 season before returning to Cambridge United, Berry replied: “Yeah, it would have been better if the fans were here…I could maybe have given it some! But it was a good feeling.

“I don’t know who had the shot – was it Collo? Oh, it was Elliot...it just came back to me and I just thought I’d give it a go with my leftie, and it went in. I always work on my left foot, so it doesn’t bother me which foot, I’m just glad it went in.” 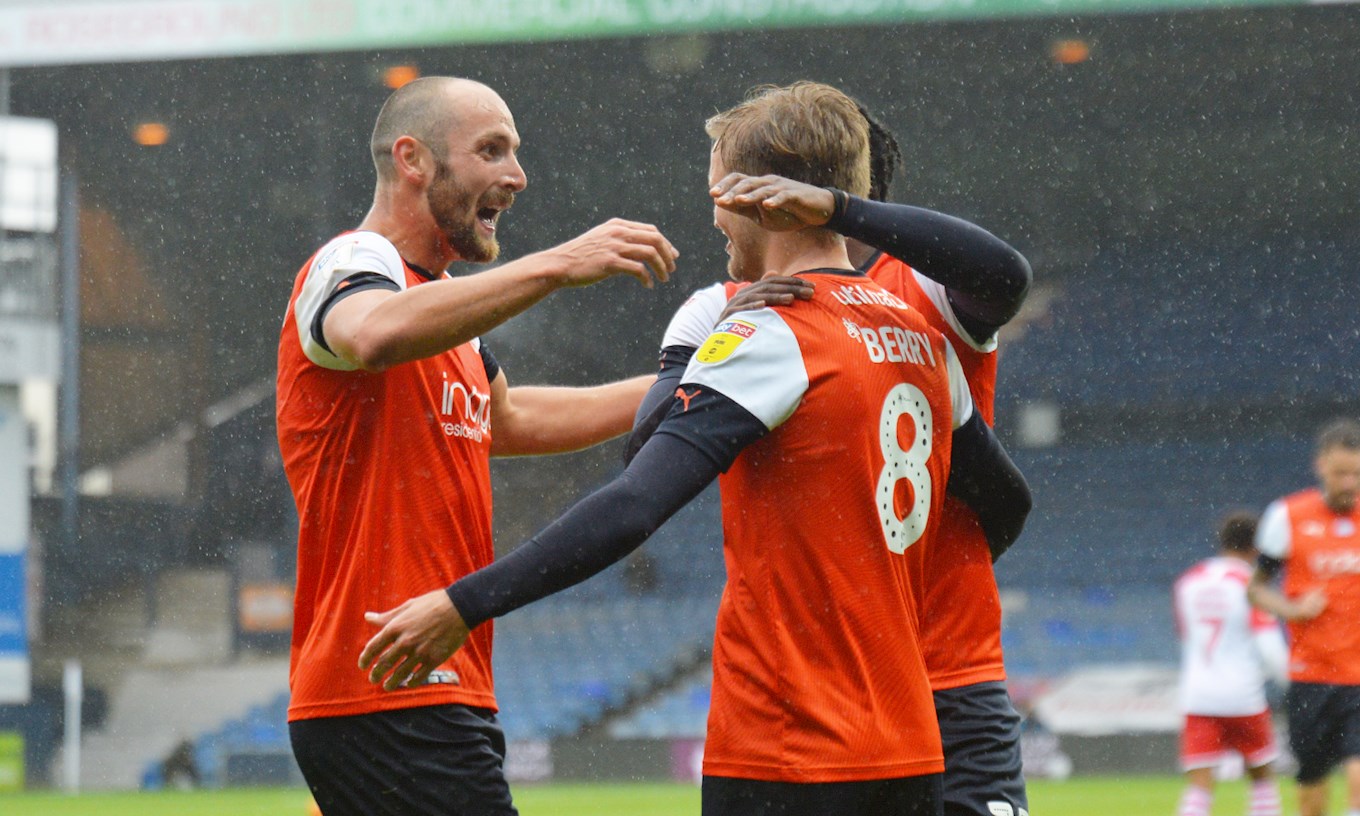 On the missing ingredient of 9,000-plus Hatters packing out Kenilworth Road, he added: “I do feel if we go 1-0 up, the fans are getting behind us, they are lively, we are buzzing and it does help us. It doesn’t help the other team because they are flat and we are buzzing, but we’ve got to deal with that at the moment and try and pick up a win.”

There is a quick turnaround now to the live TV game at Huddersfield on Friday night, with kick-off 6pm at the John Smith's Stadium.

The Hatters sat four points adrift of safety after last night’s matches, but effectively five due to a vastly inferior goal difference. Berry said the squad still has belief that they can avoid the drop with 12 points to play for. 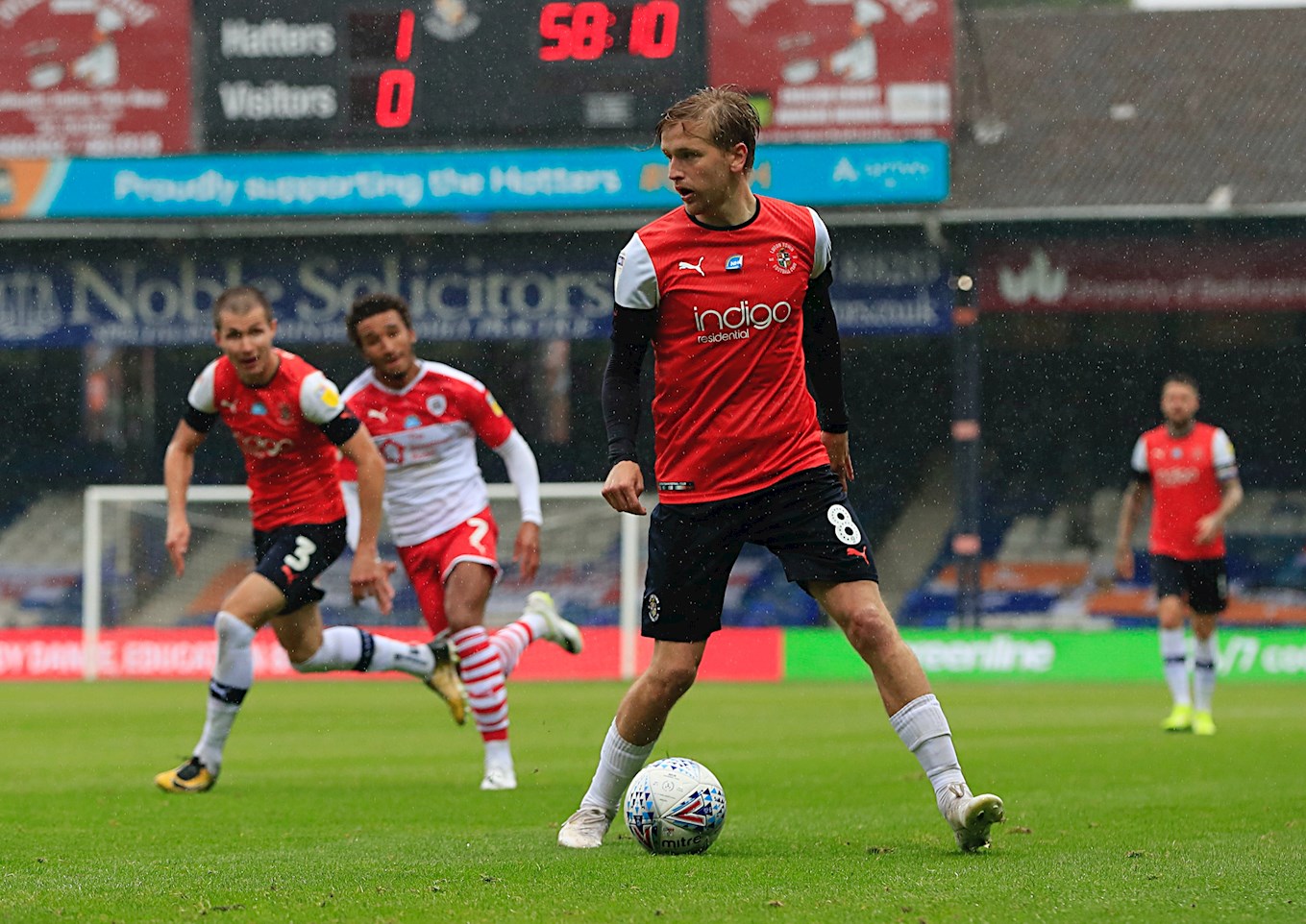 “We feel we can do it,” he said. “It’s a slight missed opportunity today, and we can’t be doing that for many more games.

“We’ve got to be picking up wins if we want to be staying up. We’ll prepare ourselves properly and give it a right go.

And on the effect manager Nathan Jones has had on himself and the squad, he added: “It’s great. You look at today – I’ve scored my first goal in the Championship and it’s my first start under Nathan.

“He gives me belief personally, and he gives the whole team the belief that they can shoot, they can do things, they can be creative on the pitch. That’s a real gift from a manager to put that in you.”

CLICK ON THE IMAGE AT THE TOP OF THE PAGE TO WATCH LUKE'S FULL INTERVIEW ON IFOLLOW HATTERS FREEVIEW! 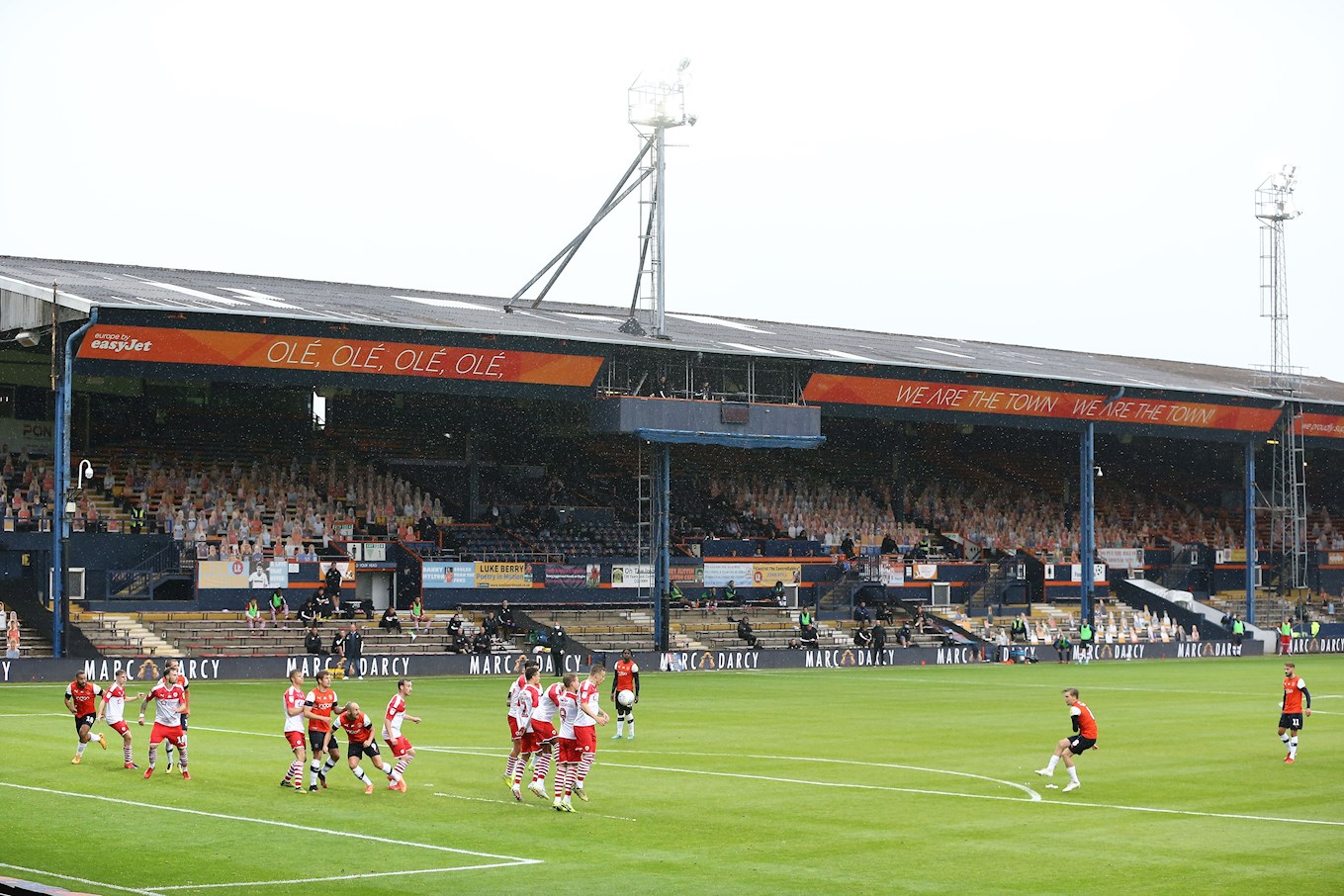