We are delighted to announce that two of our back-to-back promotion winning and Championship survival team, Danny Hylton and Luke Berry, have today signed new contracts to remain at Kenilworth Road.

The hugely popular duo (pictured above celebrating last week with Matty Pearson and Mick Harford) have been a major part of the club’s rise up the EFL and played key roles in ensuring another campaign in the second tier during the closing stages of the extended season.

Hylton arrived as part of a double signing from Oxford United in the summer of 2016, alongside his U’s team-mate Johnny Mullins, having just won promotion from League Two.

The 31-year-old elected to remain in the division to spearhead the Hatters’ attack under Nathan Jones, and has since netted 58 times in 109 starts while earning a place in the League Two EFL and PFA teams of the season, as well as the double promotions. 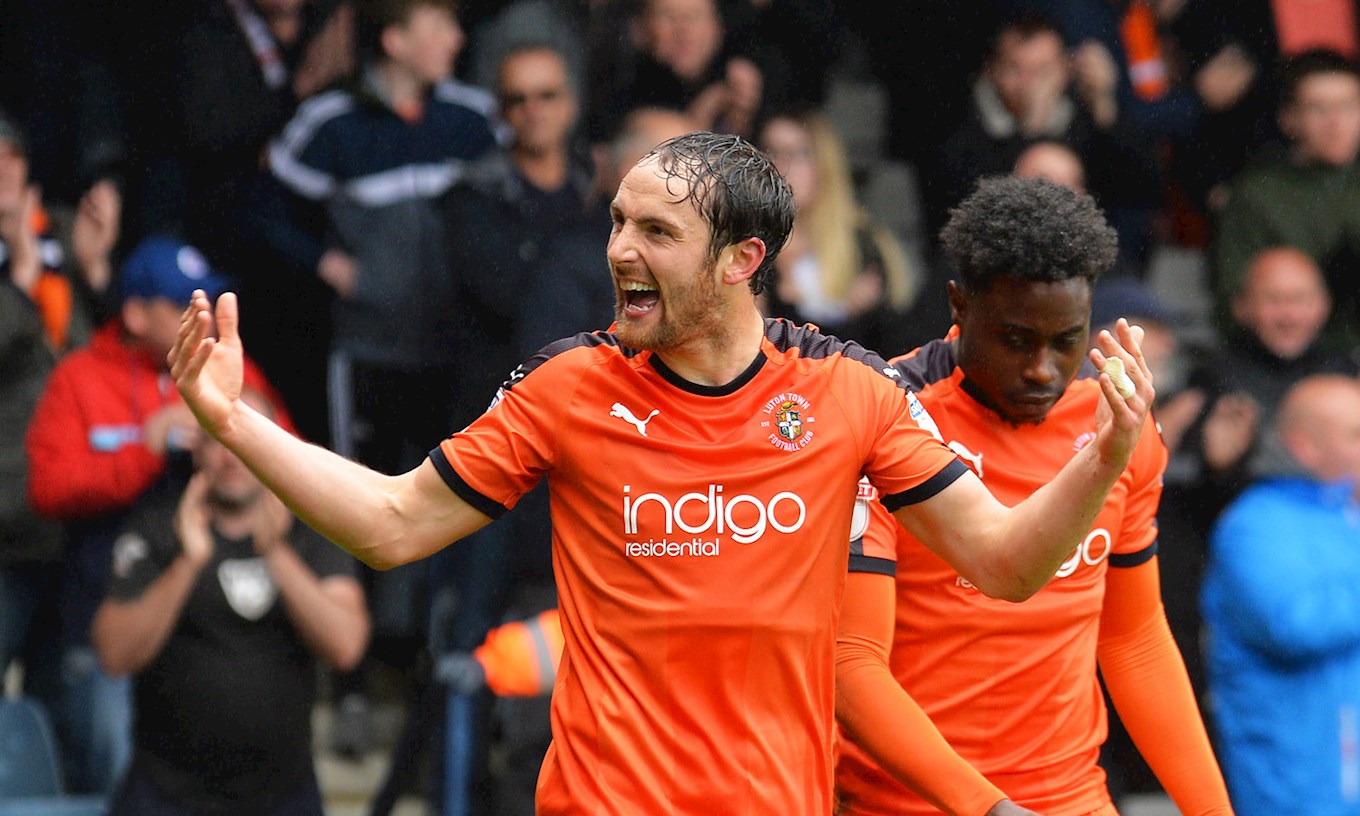 In total, the former Aldershot striker has made 129 appearances in all competitions and is the fourth longest-serving player in the squad after Pelly-Ruddock Mpanzu, Dan Potts and Glen Rea.

Berry, 28, joined from Cambridge United in August 2017 and was also named in the EFL and PFA teams of the 2017-18 campaign as the Town won the first of the two promotions.

The ex-Barnsley midfielder has been a crucial cog in Town engine room through all three divisions and has netted 12 times in 88 appearances for the club, 67 of them as a starter. 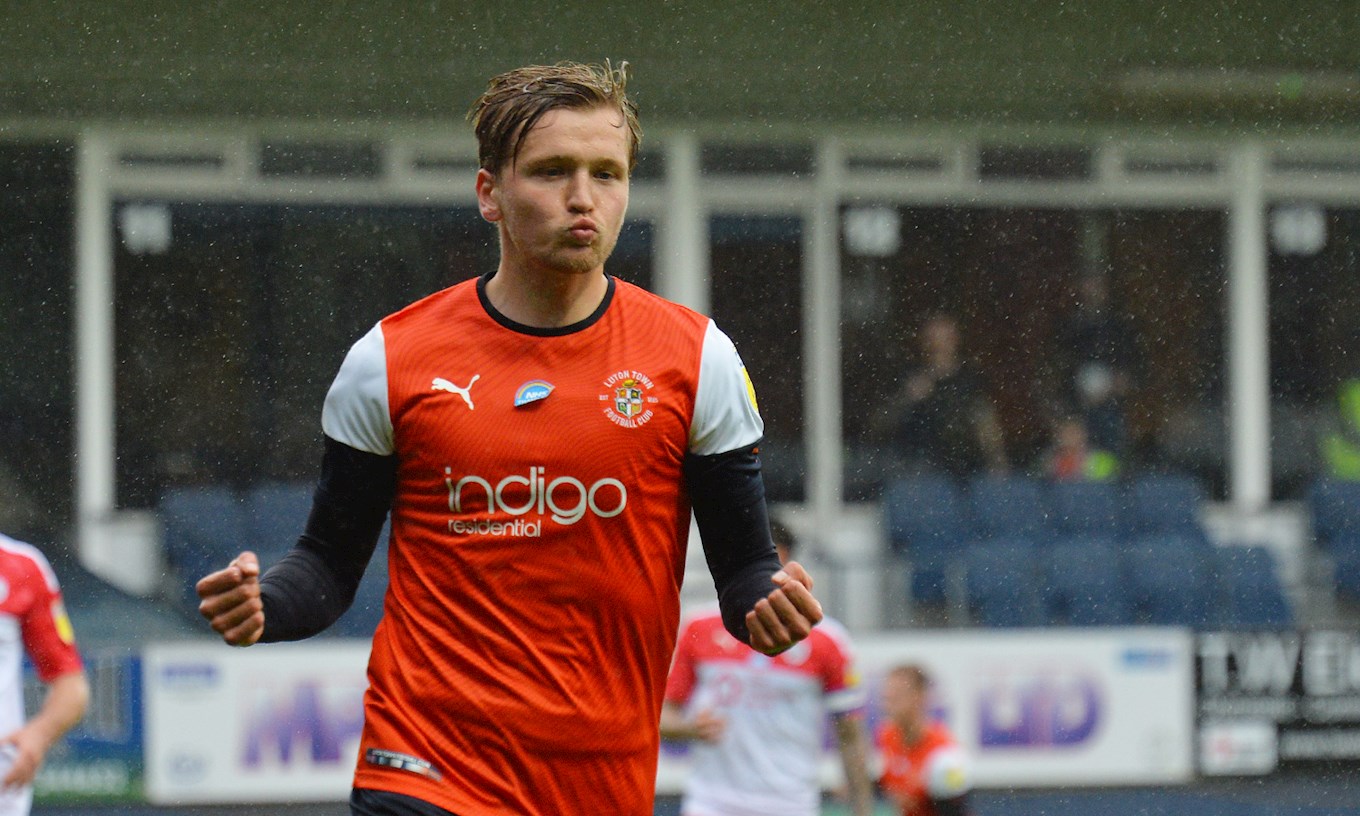 Speaking after the two good pals put pen to paper on new deals today, Luke remotely and Danny in the Trophy Room at Kenilworth Road (pictured below), manager Jones said: “We are absolutely delighted to secure two big players for us in Danny and Luke.

“We recruited them both always with the Championship in mind. We knew they’d be big players at the level we signed them, but we always knew they could handle the step up. They’ve both proved that. They are big characters and they’ve earned their crack at the Championship.

“They are a big part of what we’ve achieved over the past four years, massive in creating a good environment and also to how we have played, and we want that to continue.” 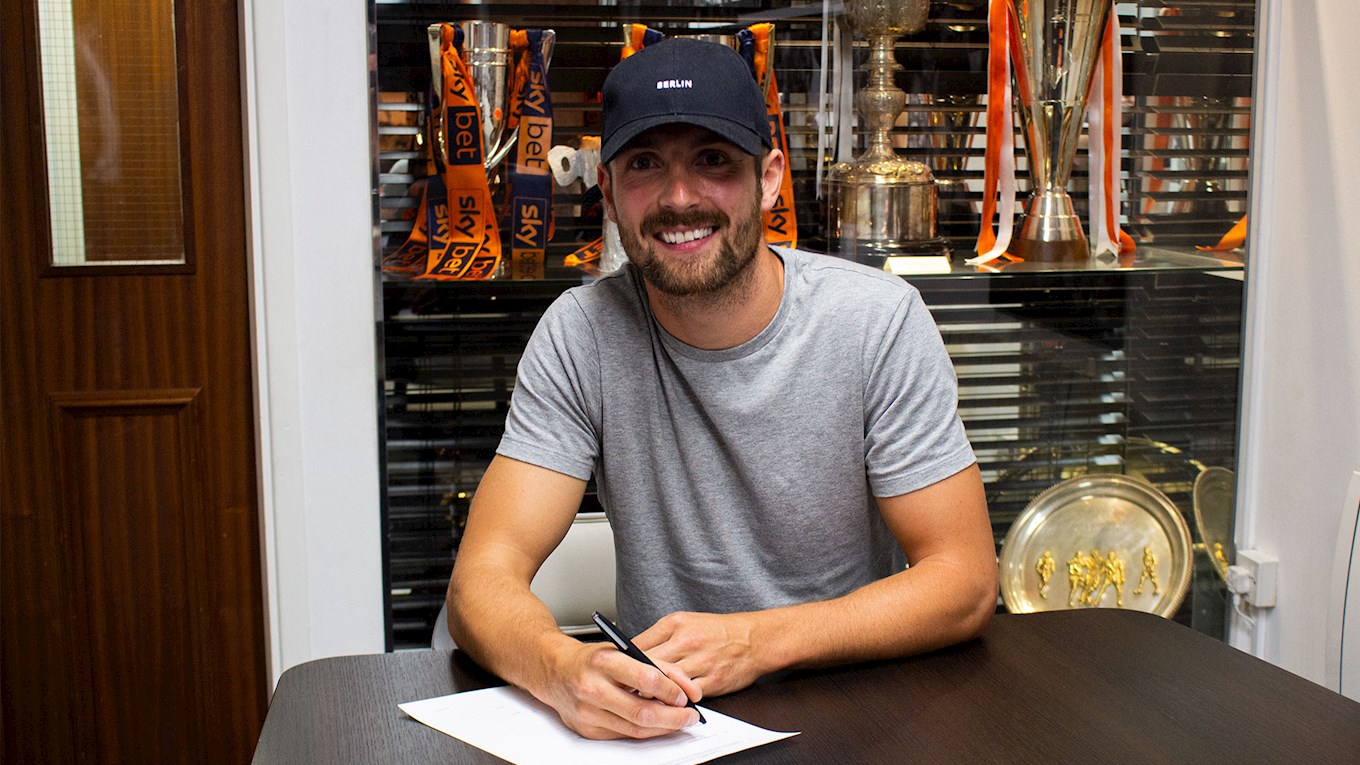