The Hatters have made their first signing of the transfer window with the arrival of versatile defender Peter Kioso from Hartlepool United for an undisclosed fee.

The move marks a return to the area for the 20-year-old right-back, who joined the National League side in the summer of 2018 from our Southern League neighbours Dunstable Town.

Born in Dublin to Congolese parents, Kioso had fallen out of the professional game but rebuilt his career during a season under former Town youth coach Tony McCool at Creasey Park before impressing on trial at Pools.

He arrives back in Bedfordshire having made 70 appearances and scored four goals for the Victoria Park club, the most recent being his third of this season in Saturday’s 2-2 draw away at promotion-chasing Yeovil (his celebration picture below courtesy of Hartlepool United/Shutter Press). 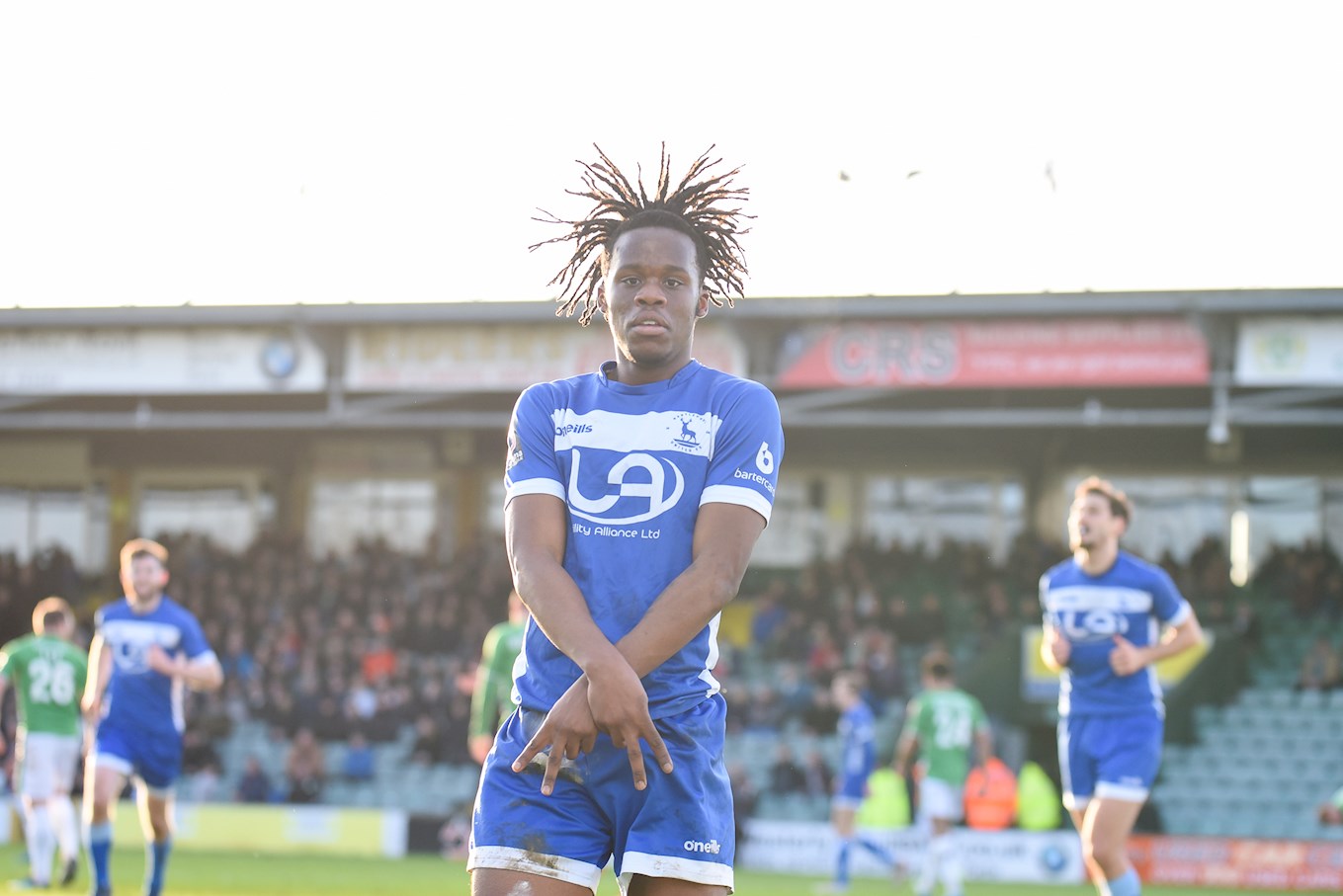 Manager Graeme Jones is delighted to have landed a sought-after full-back whose journey mirrors his own as a player.

“I had the same career path,” said the Town boss. “I went to Millwall at 16, got released at 18 and went and played Non-League football. Peter’s done exactly the same at Dunstable, then gone back into the full-time game.

“In the last year-and-a-half he’s played a lot of games for Hartlepool and we really believe that we’ve signed a talented young full-back.

“He’s a bit of an all-rounder, physically good, decent in the air and a strong runner – a real good one for the future. After losing Jack Stacey last summer, we were on the lookout for a permanent replacement and we are delighted to get Peter in.” 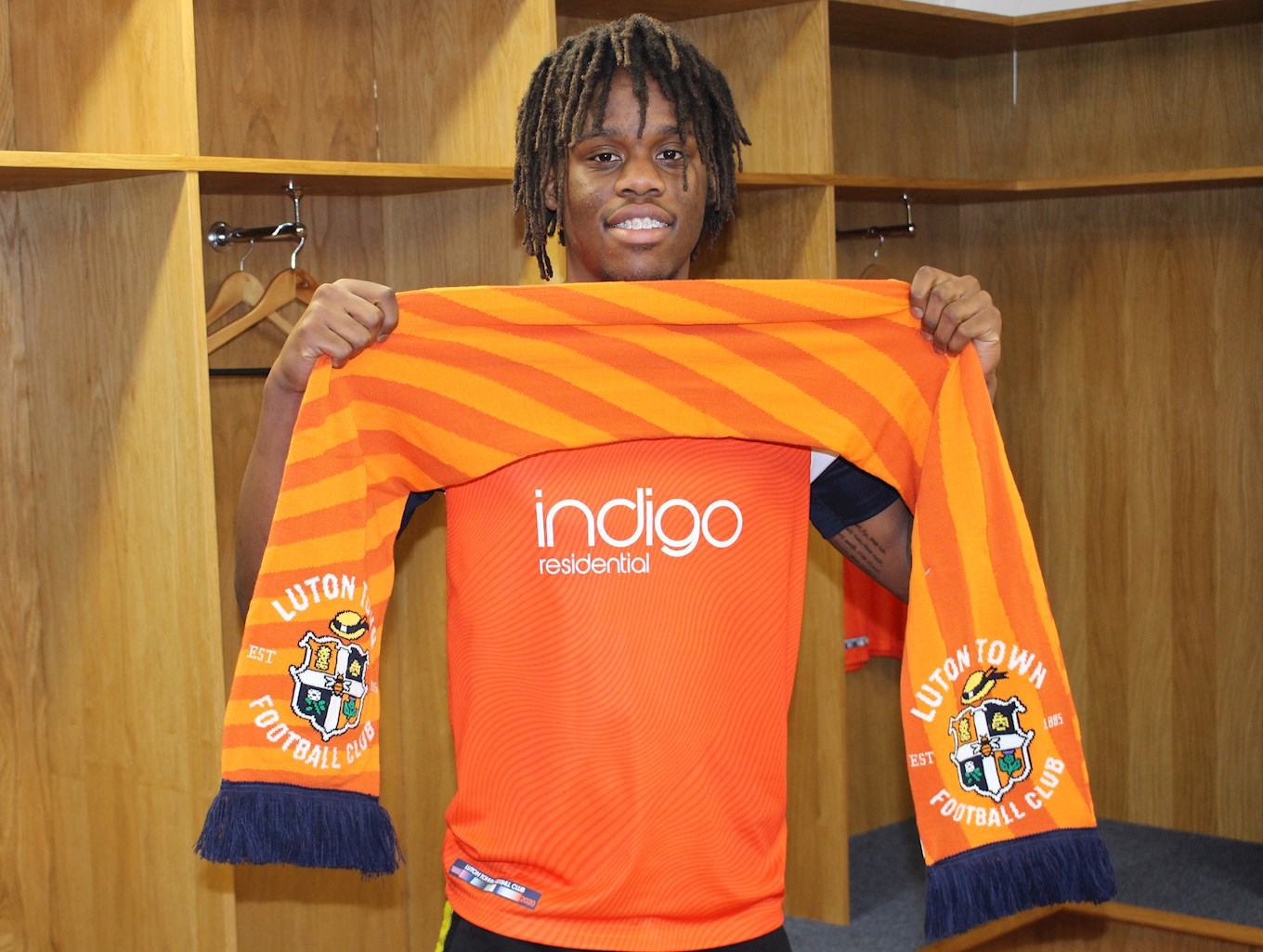 After signing his contract at Kenilworth Road, Kioso - who will wear squad number 30 - said: “I’m delighted to sign. With all the history that Luton has as a club, I’m just buzzing to get going.

“It’s always been an ambition for me to get back into the Football League and I wouldn’t be one to lie – the two years that I have been at Hartlepool, I’ve been seeing how well Luton have been doing.

“Everyone talks about Luton and they are definitely going to get to the highest stage possible. I want to be there to help. That’s the reason why I came here.

“I’ve seen that they are going to get a big new stadium, the new training ground, everything – the way they produce players is amazing here.”

Two current players Peter knows well are Pelly-Ruddock Mpanzu and Brendan Galloway, adding: “Brendan is a close friend and Pelly is my cousin. I think his story is amazing and it’s a lot for me to look forward to. He’s a person I look up to, as well as a footballer.

“I saw the stat that he’s scored in every league that he’s played in – Conference, League Two, League One and Champ – and that’s amazing. He’s a great player and I’m just looking forward to playing with the likes of Pelly and everybody else in the team.” 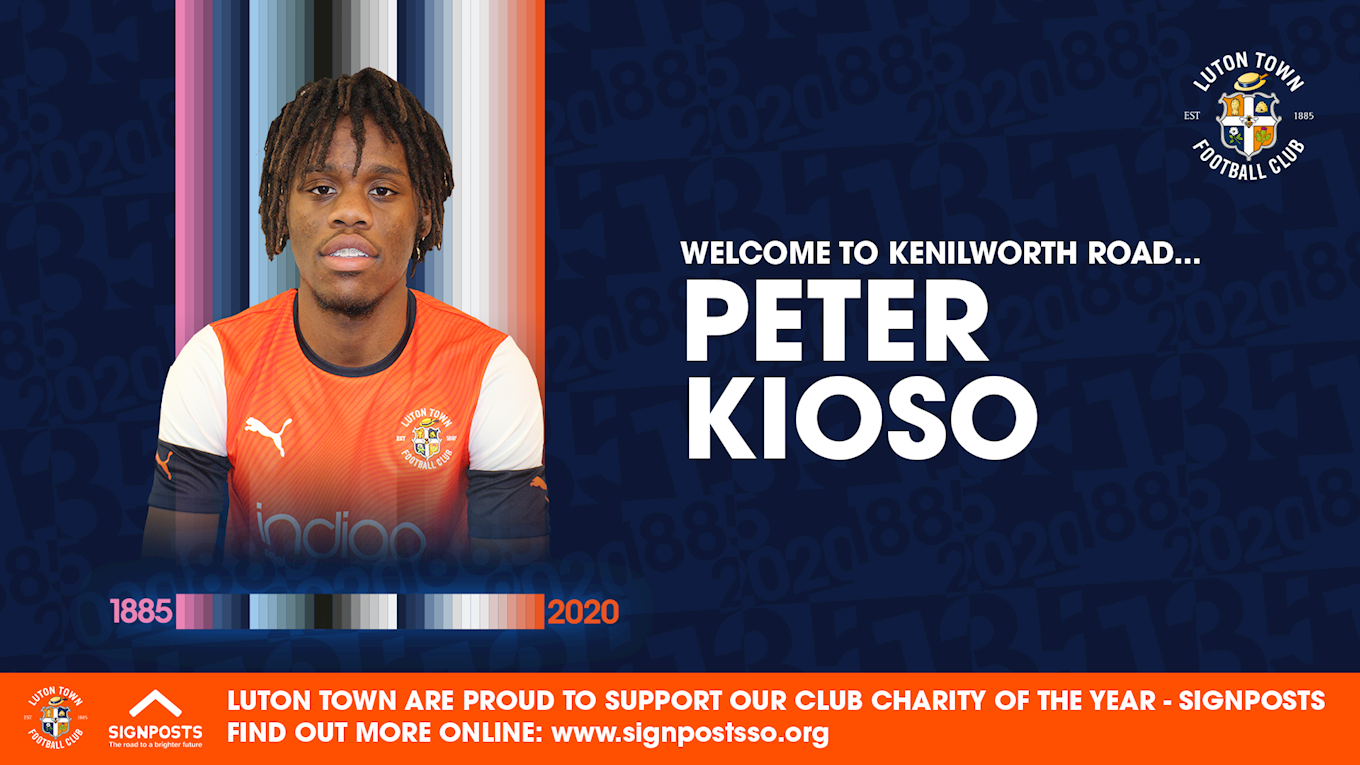