New Hatters signing Peter Kioso believes his time at Non-League neighbours Dunstable Town in the 2017-18 campaign has helped him prepare for the step up to the Championship.

The 20-year-old defender told iFollow Hatters: “I played for Dunstable Town two years ago before going to Hartlepool. I did a season there and funnily enough I was coached by Tony McCool, who used to work for Luton Town himself.

“It was a great experience for me, getting down and dirty, playing against men, making sure I could sharpen up my game. It was a good experience and it’s helped me a lot in my career.”

From Creasey Park, Kioso moved north to sign for National League club Hartlepool United after impressing on trial during pre-season 2018.

He quickly became a fans’ favourite in the north-east and made 70 appearances in total before joining the Hatters amid interest from other League clubs.

“I haven’t been doing too bad, just trying to be as consistent as possible playing the best I can and giving everything I can each game,” said Kioso. “That’s all I’ve been trying to do, but I know there is a lot more in me and I need to show a lot more.”

Asked to describe himself as a player, he said: “I take my defending seriously. I’m a defender first and attacker after. I’m a right-back but I can play along the whole back four. As a right-back I look to get forward as well and try and help going forward, but most importantly it’s about defending, helping the back four and helping my keeper.”

Clearly impressed by the Hatters’ plans for the future, with planning permission secured for the new stadium at Power Court and mixed-use development at Newlands Park, Kioso (pictured below signing in the Kenilworth Road Trophy Room) added: “Definitely, it was an attraction. Funnily enough, I saw the stadium – I found out about it on twitter from a picture of it that Sky Sports put out – and I looked into it. 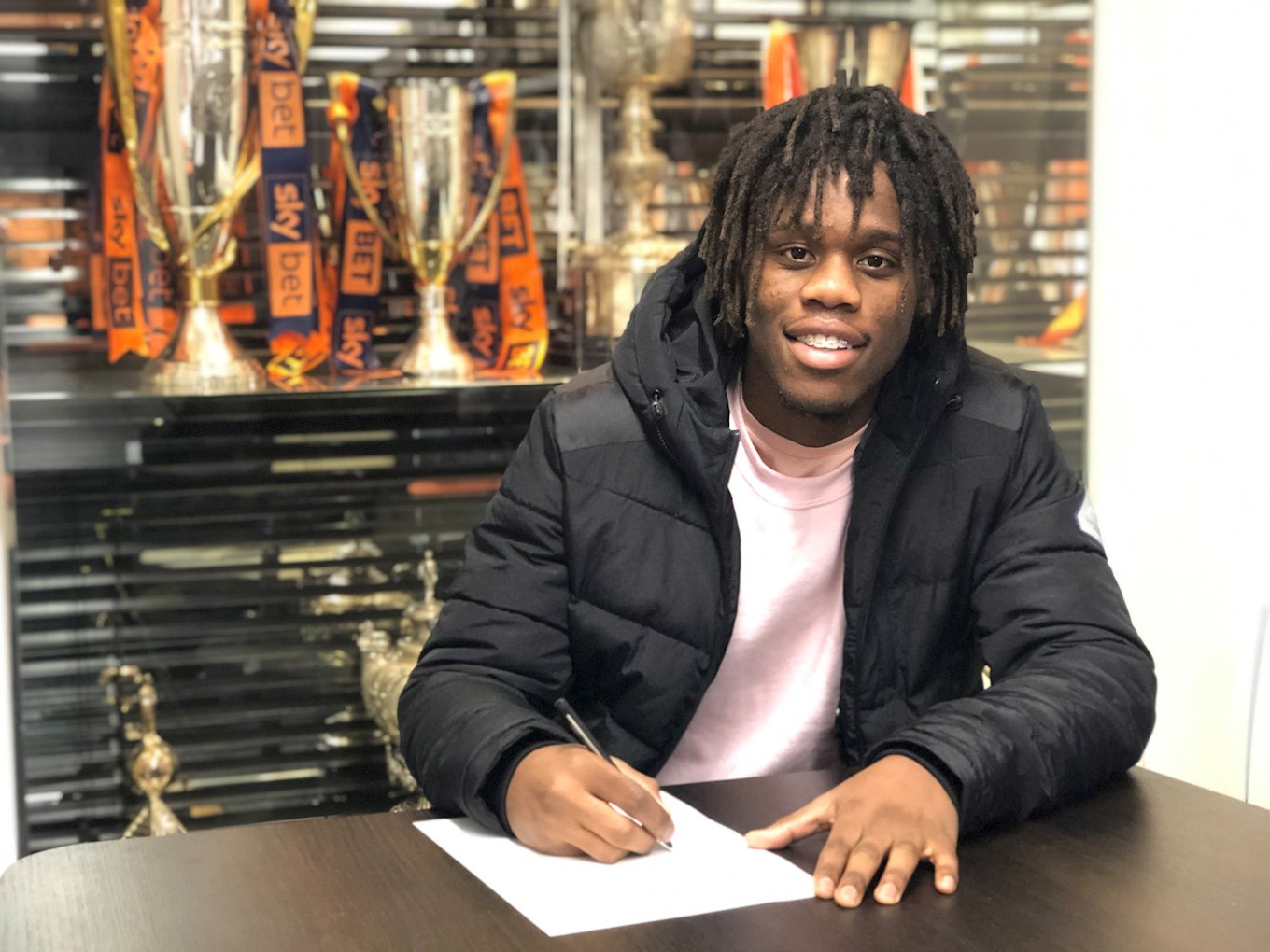 “It just looked amazing to me to see how far forward the club is looking, and how they are going to get there. They’ve been doing that each year and they’ve been achieving all the goals that they’ve set themselves, and it always does help that I know two or three of the players here as well.”

Close friends with left-back Brendan Galloway and a relative of midfielder Pelly-Ruddock Mpanzu, Kioso insisted he’d made up his mind to come to Luton independently and although it will be good to have two familiar faces to show him the ropes, he wants to stand on his own two feet.