The Hatters face Derby County in the Sky Bet Championship this evening as Graeme Jones’ side aim to win their first match of the calendar year.

After suffering a 3-1 away loss to Nottingham Forest in their last match, Town will be hoping to build on a positive first half performance at the City Ground, having taken the lead on the day through Harry Cornick.

Opponents Derby are unbeaten in five league matches coming into the fixture, but the Hatters know they could climb to within five points of safety with victory.

“I think we got a positive performance against Forest, certainly for the first half. Harry Cornick going off hurt us a little bit and that’s no disrespect to anyone who came on the pitch that day, I just think Harry is unique in how he plays.

On Curtis Davies returning to Kenilworth Road: “Curtis, I had the privilege of meeting him in November. Him and Darren Moore are close. So I sort of knew about Curtis from a distance for a while and Darren doesn't get involved with anyone who aren’t good characters. You can see that on the pitch really, the age he's at, he still gives a really, really good level.”

On Wayne Rooney coming to Kenilworth Road: “They're on a good run lately, they’ve got some real quality individuals in their team, Tom Huddlestone for one and Wayne Rooney who - we’re talking about England’s record goalscorer here, and he can still play, I can assure you. He gets between lines, gets on the half turn, he’s still got that vision and awareness and that competitive edge. He’s just been a phenomenal footballer.

“I’ve been privileged to have gone up against him, and as an England fan myself, maybe not when I was working for Belgium, the pride in what he did for his country, to break Bobby Charlton’s record was staggering, you’re talking about history.

“Wigan played at Old Trafford in 2009, and he ran amok, and this was Alex Ferguson’s Manchester United, where if it was 3-0 or 4-0, they would try to make it 6-0 or 7-0, they didn't stop. He was phenomenal with his pace and his power, his work-rate and then his quality on top, just one of our country’s all-time greats.”

Relegated from the Premier League in 2008, Derby have reached the play-off final twice since but failed to reach the top-flight on both occasions. Manager Phillip Cocu took over in the summer, succeeding Frank Lampard - who led the Rams to a sixth place finish last season.

Kick-off is 7:45pm at Kenilworth Road on Tuesday 28th January.

In 22 games so far this season, Andy Davies has shown 76 yellow cards and two red cards.

Tickets for this fixture are still available from the Town Ticket Office.

Luton and Derby have played each other 42 times in all competitions, our last meeting coming earlier on this campaign in a 2-0 defeat at Pride Park.

Derby narrowly hold the upper hand with 17 wins, while Luton have 15 wins and the two sides have drawn 10 times. 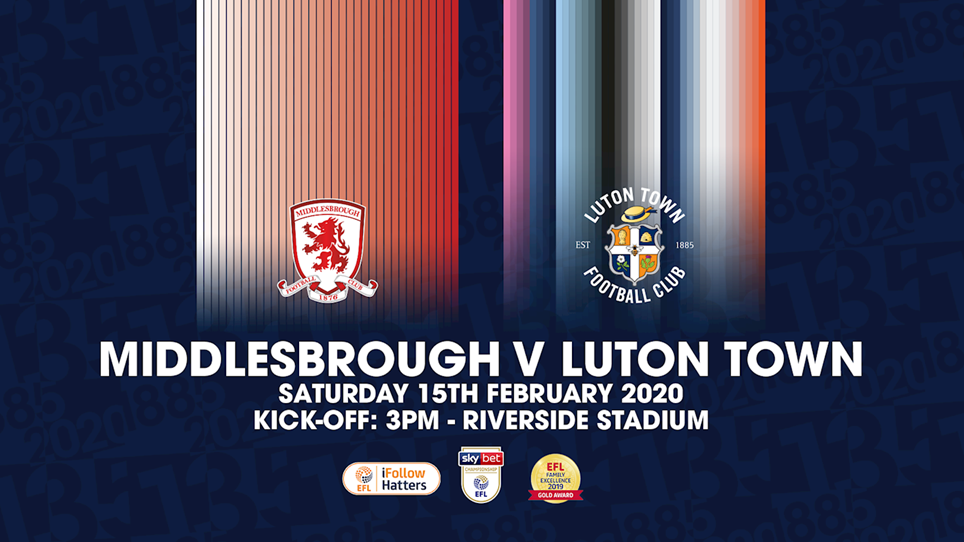 
The Hatters are back on the road when they face Middlesbrough at the Riverside Stadium tomorrow afternoon. 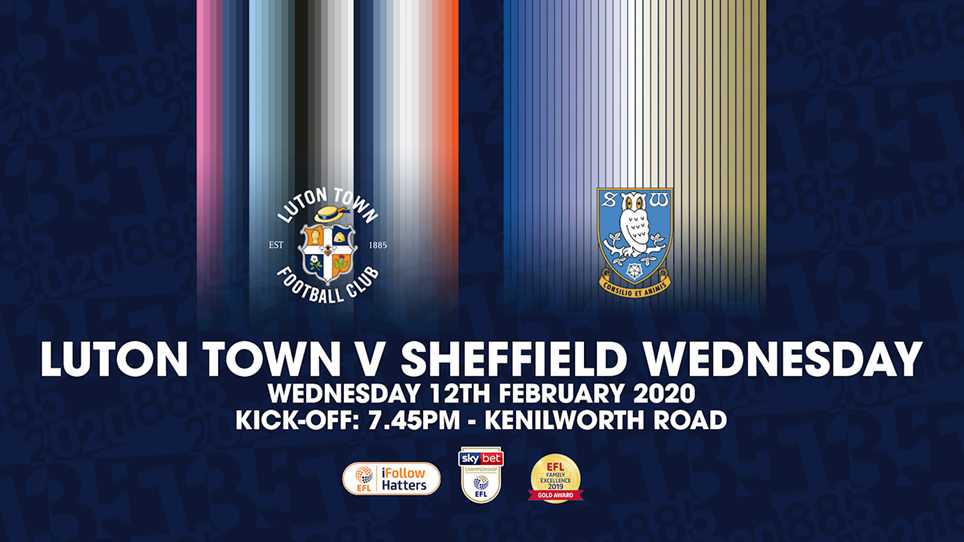 
The Hatters are back in Sky Bet Championship action when they welcome Sheffield Wednesday to Kenilworth Road tonight.


The Hatters host Cardiff City in the Sky Bet Championship tomorrow afternoon as Graeme Jones’ side look to win successive home games for the first time in 2020. 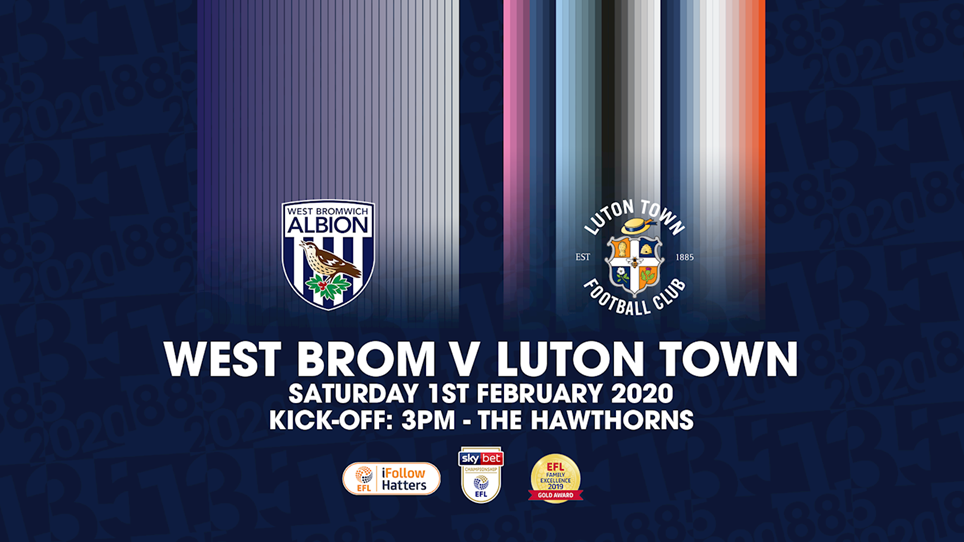 
The Hatters face West Bromwich Albion in the Sky Bet Championship tomorrow afternoon as Graeme Jones’ side aim to win their second game in succession.