The former Manchester United man's goal in the 17th minute was the difference between the two sides as he swept home Dan Potts’ cross to move the Town to within four points of safety.

Despite it being his first in a Luton shirt, the goal wasn’t Tunnicliffe’s main priority, saying: “It was the three points that is the most important. It’s a bonus that I can score the goal which obviously wins the game for us, but the three points are all that matters.”

Three points at the Riverside Stadium ended a run of 11 league games without a win on the road and the 27-year-old credited the team’s belief to earn back-to-back wins in the Championship for the first time since August.

“I think we’ve got a great squad, a great group of lads who have never wavered," he said. "We all believe that every away game we can come and pick up points. Obviously the win midweek has given us momentum and we’ve carried it on here today.”

The Hatters have now picked up nine points in their last five matches and Tunnicliffe believes that the team have been performing a lot better recently.

“I think we have picked up performance wise, we’ve been playing a lot better and we’ve been competitive, especially away from home," he added.

“It has been coming, but you can say that every week. If you don't win, then it still keeps coming. But to come here today and win at a place like this is a massive boost for everyone.” 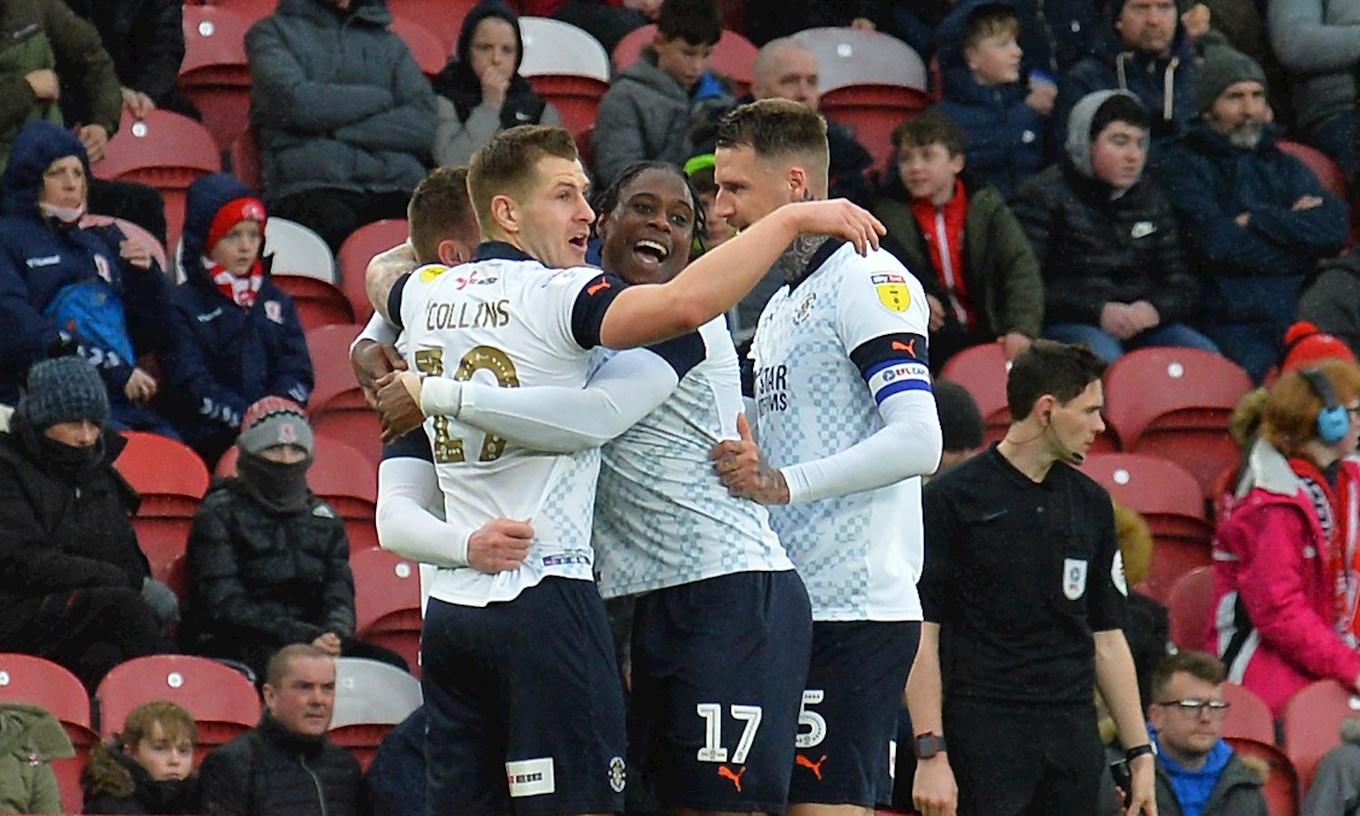 The former Manchester United youngster was proud of the levels the team have shown during the three-game week, adding: “I think that the result speaks for itself. It’s a tough league, it’s three very good teams that we’ve played and obviously we played Wednesday which is not a big turnaround.

“But everyone dug in, like I said the belief is there. We believe that we can physically compete in a three-game week and it has been proven today.”

With 13 games left to play in the Championship this season, Tunnicliffe is certainly motivated to continue working hard for the team, insisting: “I will keep grinding, as long as the gaffer keeps believing in me that’s the main thing. I will try my hardest to keep us in the league.”