In the summer of 2017, Craig King took the bravest decision of his life when he rejected the offer of a new contract at Luton Town – the club where he had come through the ranks to spend two years as a pro – in order to get well.

Then 20 years old, the goalkeeper had made four senior appearances as the Hatters started the run to the Checkatrade Trophy semi-finals in brilliant form.

In turning down the offer to remain part of Nathan Jones’ squad, Craig released a statement opening up about the battle with depression he had been fighting. He has since been interviewed many times about how important it was for him to do that, to walk away from the game and the club he loved – and still does – to help himself get better.

Ahead of the Heads Up weekend, where football unites to kick off the biggest ever conversation on mental health and wellbeing, we caught up with the now 23-year-old earlier this week as he visited old friends at The Brache to find out exactly how well he is doing two-and-a-half years on…

“I’m very well, better than ever,” says the now Oxford City keeper with a broad smile. “It is nice being back here to be honest seeing everyone again, it’s amazing seeing the transformation of the club on and off the pitch.

“I have and always will be a Luton fan, it’s like coming home right now so I’m loving life. I’m playing football again and hopefully in the summer looking to move on to a pro club again, so everything is really positive.”

That positivity includes playing football at a good level on a regular basis. He explained how the move to Vanarama National League South side Oxford came about two years ago, with his former Hatters youth coach Joe Deeney having joined City as assistant to Mark Jones.

“It was a great opportunity for me to get back into football,” said King, who initially went to train at Met Police, where he had spent a loan spell from the Hatters in the Isthmian Premier Division, but felt the timing wasn’t right. “I’ve played under Joe Deeney for years and he gave me the phone call saying they were struggling for a goalkeeper.

“I wasn’t intending to be there long, just for when their keeper got fit again, but obviously I started playing again and got the vibe that I wanted to get back into it.

“At first it was just nice to play football but now I feel like a new person mentally. I’ve overcome everything that I needed to do and so I’m better than ever and ready to kick on again now.”

King returned to the City team last Saturday after a couple of weeks out injured, a time in which their play-off push faltered slightly, and kept a clean sheet in the 1-0 win over high-flying Slough Town. 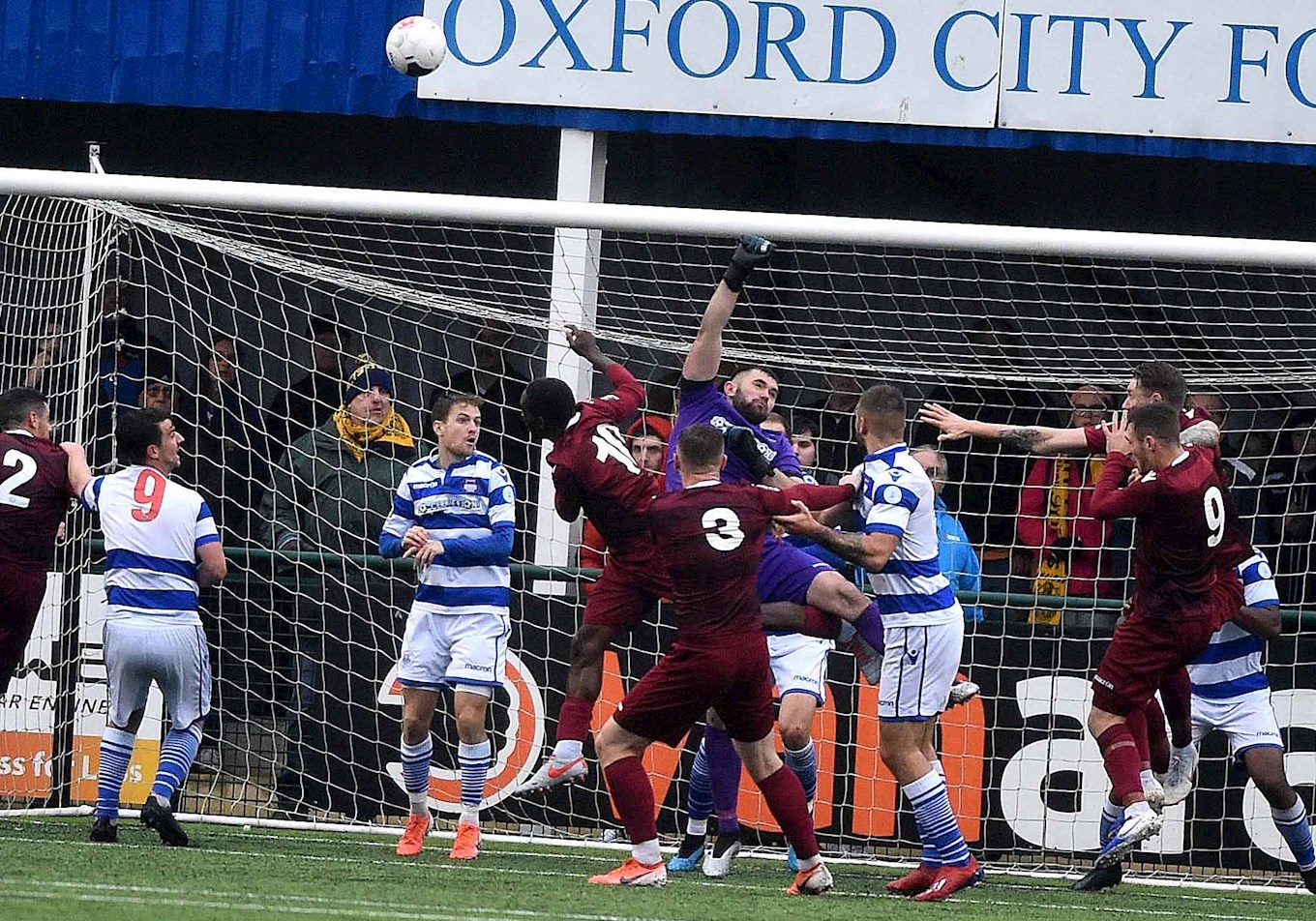 “I’d like to think it’s all down to me that we got the clean sheet but I don’t think the other lads would accept that,” laughs King. “I had a little bit of an injury over the Christmas period but I’m back now and ready to keep working harder than ever, fingers crossed I get that move in the summer.”

Now juggling his Oxford playing commitments with a job as a greenkeeper at Chesham & Ley Hill golf course, Craig recalls his time at Kenilworth Road.

“I loved it,” he said. “They were experiences that motivate me to get back into it. I played four senior games – Gillingham away, 2-1 was my debut game – and thinking about that game is enough motivation for me to get back out there in-front of a crowd again and doing what I want to do for the foreseeable future.

“I’m doing a bit of greenkeeping on the side at the moment and I’m loving it. I love being outside. I’ve got plenty of time to practice, but my golf isn’t improving yet so hopefully in the summer I will get more of a chance – but I live on the golf course, just living the dream at the moment!”

The night at Priestfield, when goals from Frankie Musonda and Jonathan Smith gave the Town – featuring six academy graduates in the starting XI – a 2-1 win over League One Gills remains King’s high point, despite winning the man of the match award against Millwall and saving a Callum McManaman penalty in the win over West Brom at Kenilworth Road (pictured below).

“I think Gillingham will always top it,” he says. “My first game playing against players like Bradley Dack, Jay Emmanuel-Thomas, going in as massive underdogs and performing the way we did with such a young squad, proving to all the fans and all the staff that we were good enough – it was just a great feeling. Obviously getting that shirt with everyone signing it with my name on the back, for a club that I was at for nine years old, it was special.”

Earlier this year, King had the honour of being selected by England C, the national Non-League team, for a representative match to help celebrate the Bedfordshire FA’s 125th anniversary – at Kenilworth Road!

“When I heard it was at Kenilworth Road, I thought how typical! I couldn’t wait. I played the second half and managed to keep a clean sheet in front of some of the Luton fans as well, it was good everything just went very well and like I keep saying, it’s already the motivation to get back into it and prove what I can do and what people can overcome when they’re in a bad headspace.

“Occasionally in my local Tesco I get the odd Luton fan come up to me and go ‘how are you doing’, and it is nice because I’ve always said that the club is like a massive family on and off the pitch.
“The relationship that I have with the fans is very special and I always thank them for the support I had and I will always be supporting this club. Great club, great people working behind it, great fans, it’s good.”

For now, Craig is focussed on helping Oxford fight their way back into play-off contention at Step 2 of the Non-League pyramid. But he has ambitions to return to the professional game and has former Town team-mates as inspiration.

“It’s always nice seeing players like James (Justin) excel because you always knew that he had a talent and the main thing for me is he had the correct mentality as well,” says King. “He is so dedicated, a good professional off the pitch and I think he got rewarded and took his chances when he could.

“He got thrown in last minute against Aston Villa on TV for his debut and he took that chance and you see where he is now, he’s flying. I loved working with James for years, so I’m happy for him.”

The ultimate dream would be to work his way back to a level where he could rejoin the Hatters and walk out in the number one shirt at Power Court.

“I said it in an interview after that West Brom game, and obviously that was early in the talks about the new stadium, that my target is to be the number one keeper when the stadium arrives. It’s kind of something that is still in the back of my head to be honest.

“You never know what is going to happen in the next couple of years if I work hard and put everything into it, which I’m going to do. Never say never. That’s my target, so I’ll have to make sure that the Luton staff feel the same way and give them a decision to make!”

Everyone at Kenilworth Road hopes you do, Kingy. Keep on keeping on! 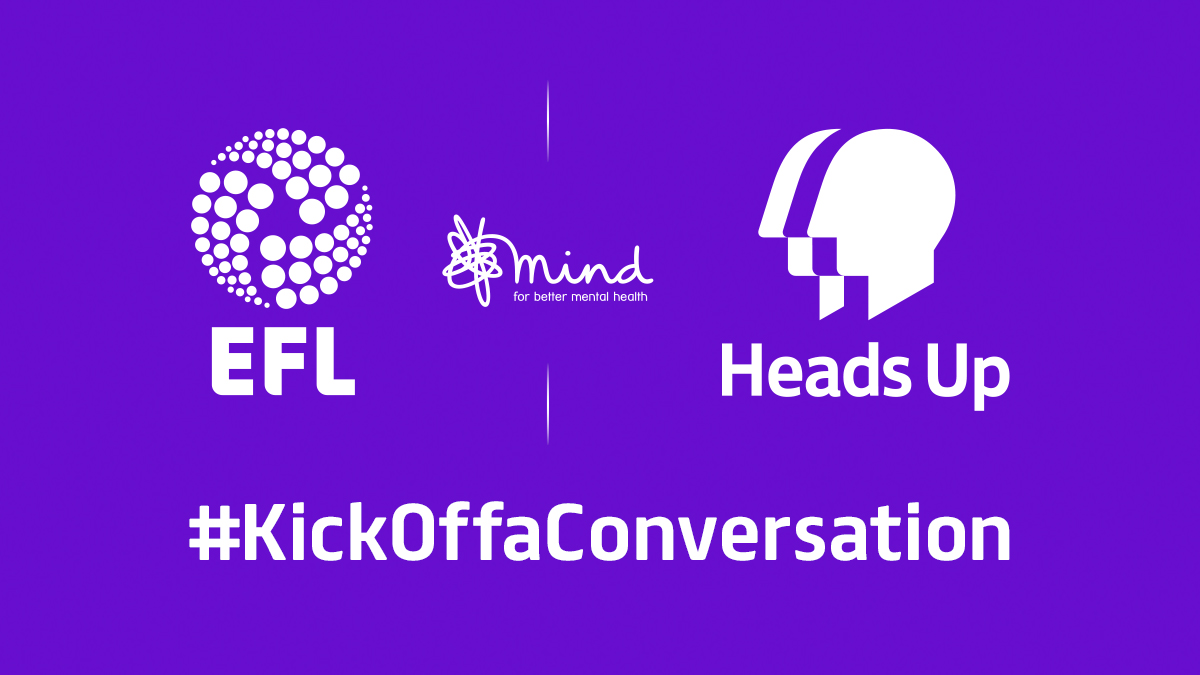