The Hatters head to National League new-boys Wealdstone tonight for the third behind closed doors friendly of the pre-season programme.

Supporters are able to watch the hosts’ live stream of the match against the National League South champions, who are managed by former Town player Dean Brennan and feature another ex-Hatters forward, Ross Lafayette, in their squad.

Please be aware that the coverage is being organised by Wealdstone themselves so the Hatters media and ticket office staff are unable to deal with any queries about the coverage.

Kick-off at The Vale is 7pm with the stream starting at 6.45pm.

A pass costs £5.99 and is available from the Wealdstone website by clicking HERE – or via the tweet below.

Manager Nathan Jones will once again be looking to give as many players as possible important game time with most individuals playing 45 minutes each so far in victories over Berkhamsted and Stevenage.

James Collins and Danny Hylton hit a hat-trick apiece in the 9-0 win at Southern League Division One Central side Berko, with Josh Neufville, Sonny Bradley and George Moncur also on target.

Saturday’s visit to League Two neighbours Stevenage was a more competitive encounter, with Harry Cornick (pictured below) scoring the only goal with just over ten minutes to go. 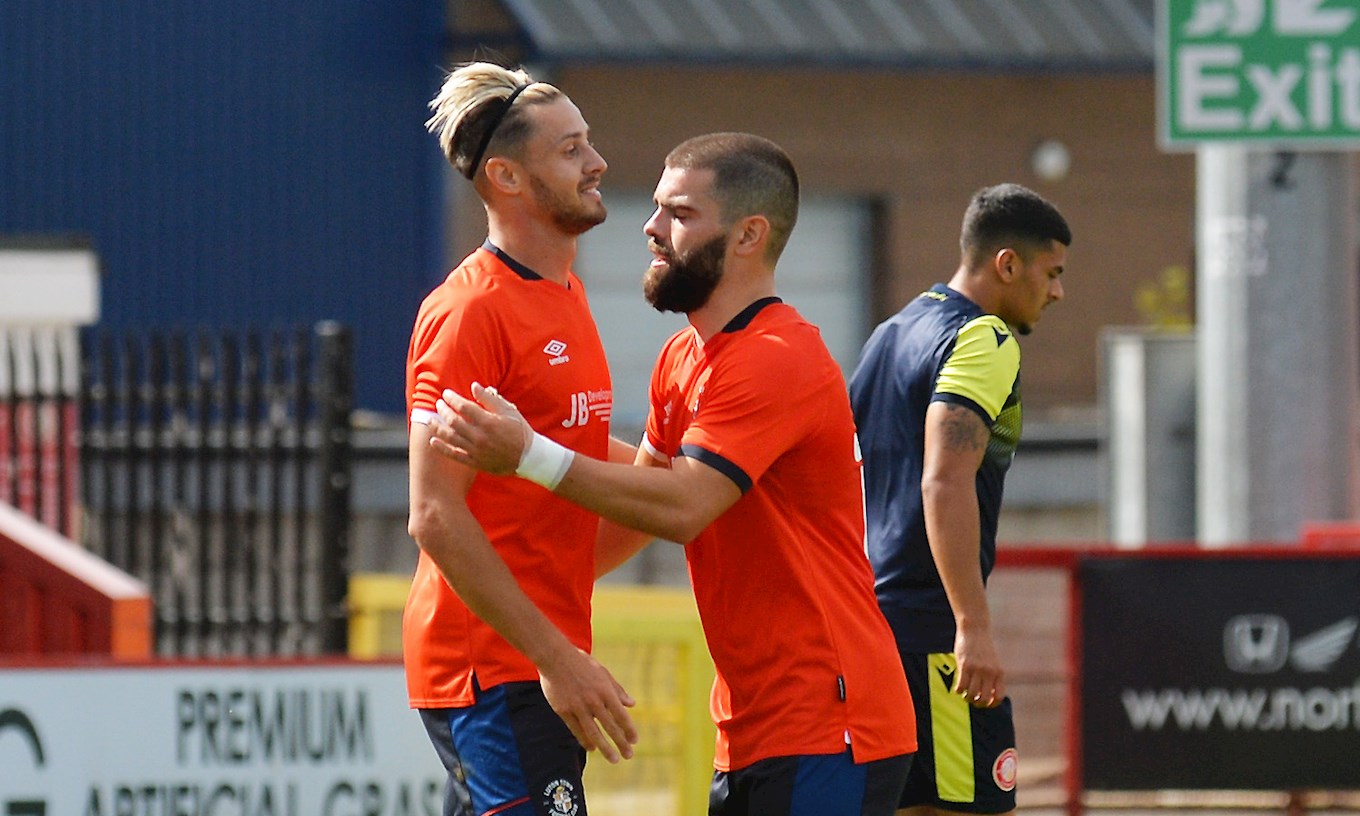