Hatters boss Ray Harford named an unchanged side from the one that had extended their unbeaten run to seven matches in the FA Cup fourth round win over Southampton a week earlier.

Brian Stein and Ian Allinson had scored the goals in that 2-0 win and both started as part of a four-pronged attack, with the younger Stein brother, Mark, and Town talisman Mick Harford leading the line.

Goalkeeper Les Sealey, right-back Tim Breacker and captain Steve Foster maintained their ever-present status by making their 31st starts of the season for the Town, who sat eighth at kick-off.

For third-bottom Oxford, manager Maurice Evans was without centre-half John Dreyer - who would join the Hatters the following season - through injury, but he had Wales international Dean Saunders, who would go on to partner Harford at Derby County a couple of years later, up front.

Former Hatters keeper Alan Judge was overlooked in goal for Steve Hardwick, an ex-Newcastle United team-mate of Harford's, but knew he would be back in for the midweek Littlewoods Cup semi-final first leg due to Hardwick being cup-tied having appeared for Sunderland earlier in the season.

CLICK THE MAIN IMAGE AT THE TOP OF THE PAGE OR HERE TO WATCH THE MATCH IN FULL. TO KEEP IN REALTIME WITH THE TWITTER UPDATES, START AT 3PM AND BREAK FOR A 15-MINUTE HALF-TIME INTERVAL! 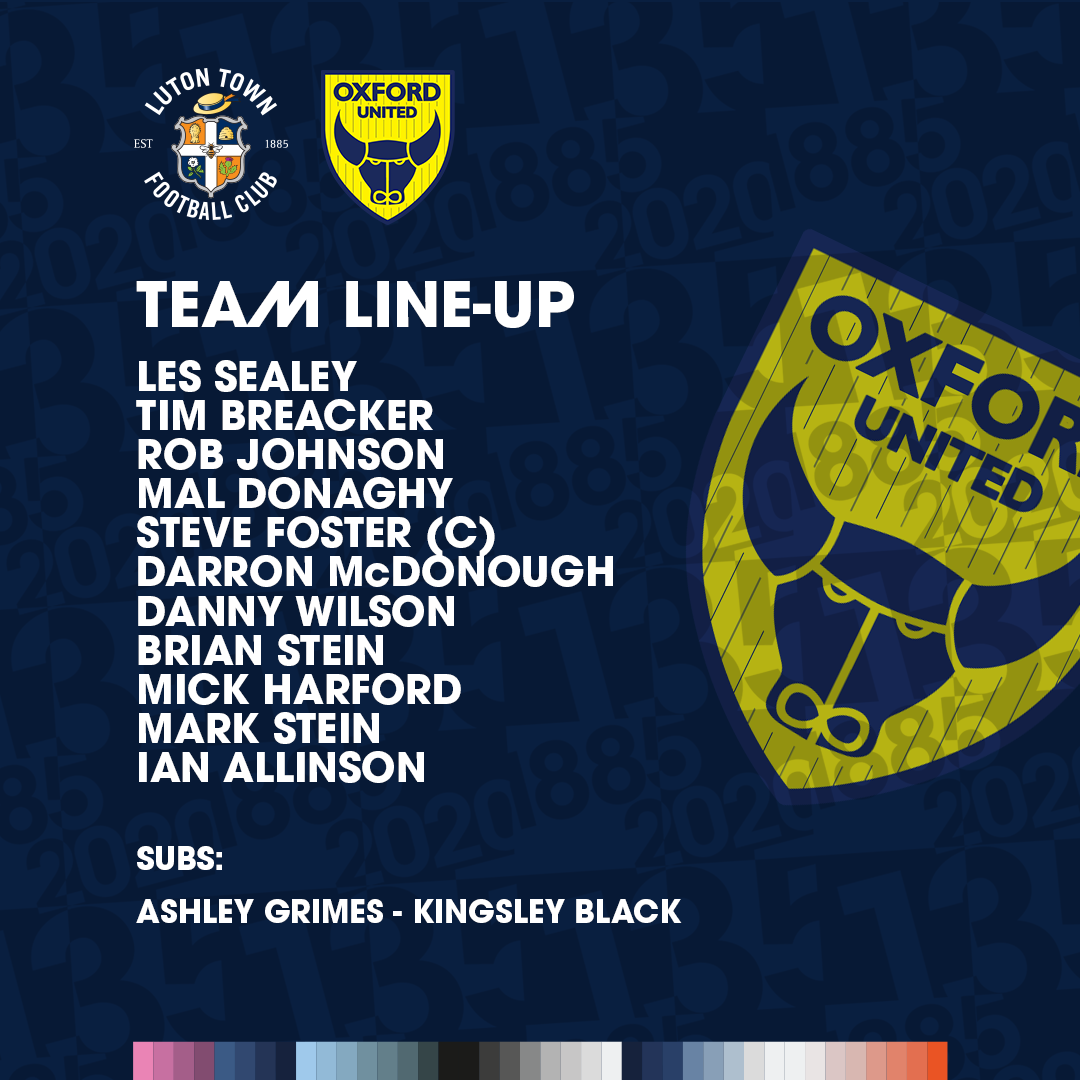