Hatters utility man Martin Cranie spoke to the local media on Monday afternoon to give an update on how the squad are coping with life in lockdown – and especially how they are maintaining morale.

The former Sheffield United player explained how they have been following training programmes at home, with equipment borrowed from the training ground to help with that process as the EFL season's suspension has been suspended indefinitely "until it is safe to resume".

The 33-year-old also went into detail about how the lads are keeping spirits up with their WhatsApp chats, with no surprises as to who is the most vocal in that group! 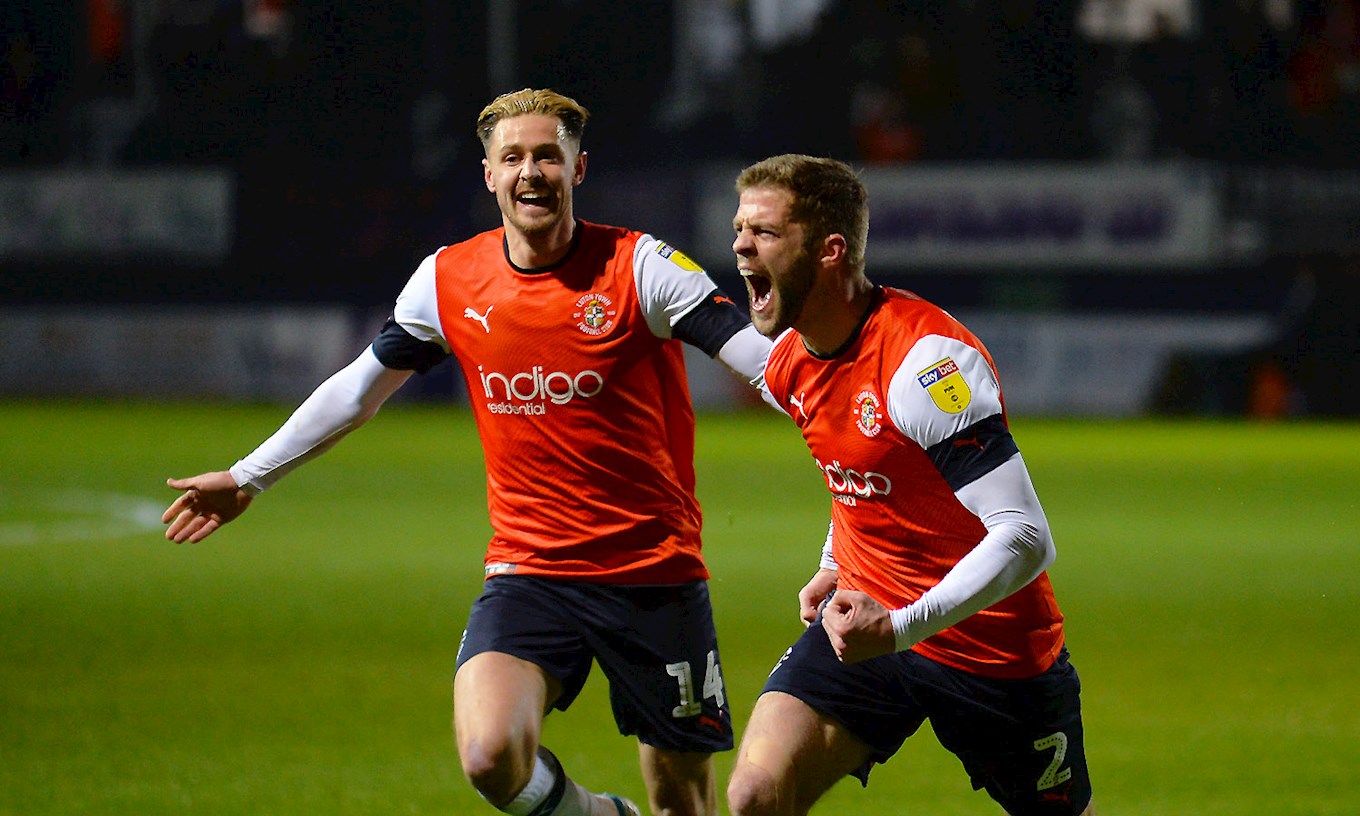 “I’ve spoken to everyone,” said the man who has played in several defensive and midfield roles for Jones' side this season. “We’ve got a group so we’re all in contact with what’s going on, but no-one really knows what’s going on at the minute. We’re all sort of guessing and going on what the government are saying.

“It’s normally Pelly [who’s the busiest] in the group, but when someone hears something about when the season might start, the lads will put it and have a read, but as I said, we’re all just guessing at the minute.

“It’s just a case of waiting until it’s safe for everyone as no-one’s going to be going back until we can guarantee that the virus calms down and stops, so it’s just waiting for that now.”

Cranie travels in to training with striker James Collins, and the Midlands-based duo haven’t lost that daily bond.

“Everyone’s in good spirits,” he said. “We have a chat, we have a laugh. I’m good mates with Collo so I’ve been on the phone to him. He FaceTimes me most days.

“It’s strange. One day you see them every day, but at the minute we’ve gone two or three weeks without seeing them, which would normally happen in the summer.

“But we also know we’ve got to go back at some point. The season hasn’t finished, so we’re going to see each other. I don’t know when yet, but we will and I’m sure everyone will be good.”

Cranie also reiterated the government’s advice for the population to stay at home unless absolutely necessary, going out to exercise just once a day and only going to shop for food and medical necessities, keeping a 2m distance from other people at all times to help prevent the spread of coronavirus.

“Listening to the news and reading the news, you can just see how serious it is,” said the former Southampton, Portsmouth and Middlesbrough man. “I think everyone has got to try and abide by these guidelines as much as possible, just by staying in and not going out in groups.

“The sooner we can start slowing the rate of infection and helping the hospitals and the NHS, who have been brilliant, the sooner we can get back to normal life. If everyone can just stay at home and do the right things, I’m sure we’ll turn it around.”

Cranie explained how he and wife Keri let their daughters, five-year-old Sophia and three-year-old Bella, stay up late to pay respect to the NHS staff, volunteers and key workers at 8pm last Thursday.

“We let the kids stay up for that, just to appreciate what’s going on with the NHS,” he said. “We had everyone out near us, banging pans and everything. It was loud and it was brilliant, just to show how much we appreciated what they are doing for us at this time.”

They also got to listen to the Queen’s speech on TV on Sunday evening, with Cranie adding: “Didn’t they say that she’s only done four of those speeches during her reign? It just shows how important the current time is for everyone, for the Queen to come out and do a speech like that.