Tomorrow on iFollow Hatters, we will show the second of a series of Classic Campaigns that the Hatters have been involved in, with the end-of-season club video reliving the 2001-02 promotion as Division Three runners-up under Joe Kinnear and Mick Harford. You will be able to watch from 3pm tomorrow afternoon but in the meantime, have a read of club historian ROGER WASH'S account of that memorable year from one of his books and flick through some of the pictures in the gallery above...

With the Hatters back in the basement division for the first time since 1968, after the poorest run and with the poorest team in living memory, it was always going to be a summer of frantic activity as far as manager Joe Kinnear was concerned.

Arguably his best signing was Mick Harford as his number two. Harford still enjoyed legend status at Kenilworth Road as proved by the readers of the first edition of this book, who voted him their most popular player.

Several players deemed surplus to requirements were granted free transfers or had their contracts paid up as Kinnear set about building a squad that would stand the rigours of Division Three and beyond. Seven players were signed during the summer with five making their debuts on the opening day of the new season at Carlisle, with two more the following week.

Understandably, it took a while for the new players to gel and the early season results were patchy, although the much-travelled Carl Griffiths was looking a bargain due to his experience and predatory instincts in front of goal.

The season really took off towards the end of September with the introduction of Jean Louis Valois to the Kenilworth Road faithful for the home game against Torquay. Valois immediately had the supporters on the edge of their seats in anticipation with his ball control, skill and vision and he capped off a virtuoso performance with a stunning long range goal which brought the house down in the 5-1 win. 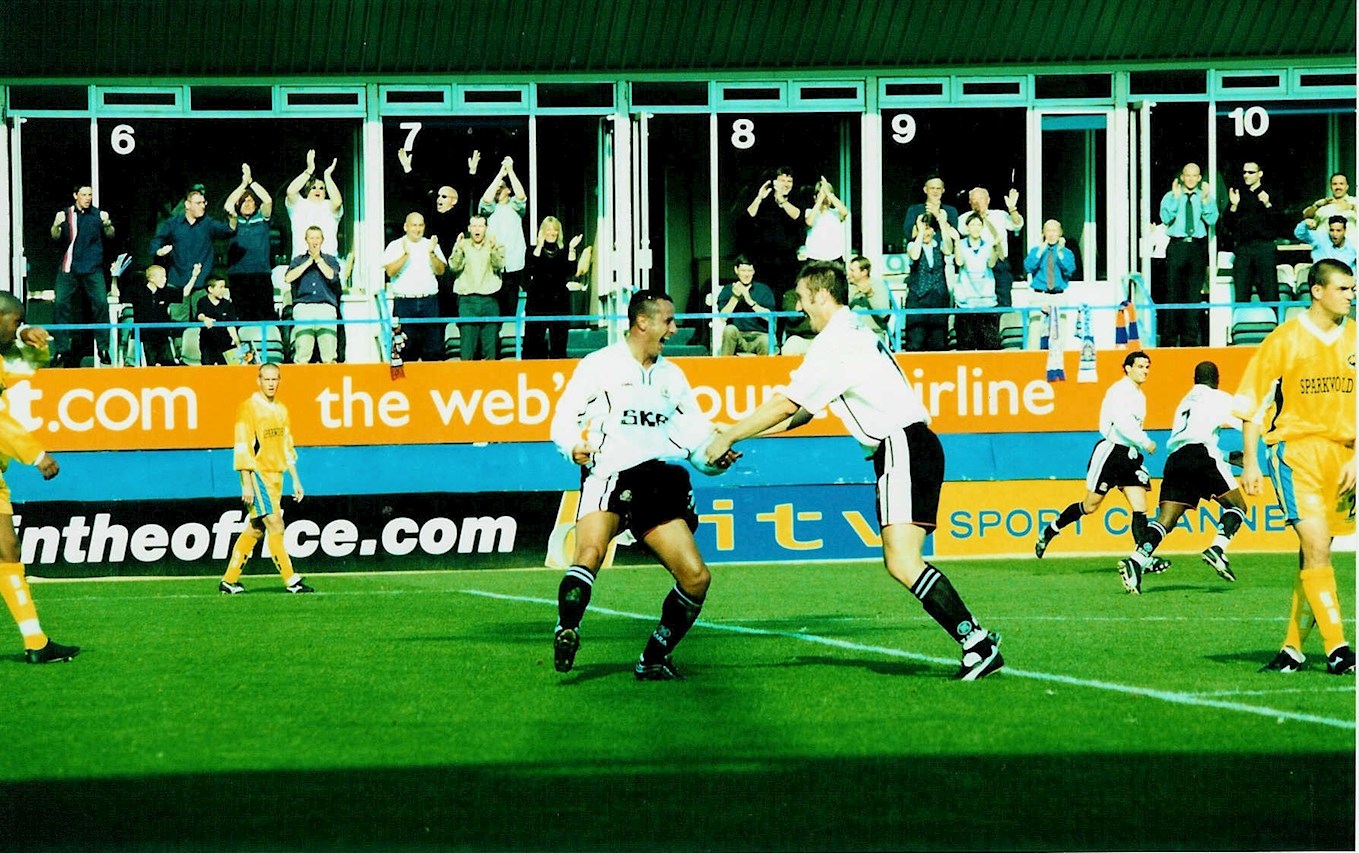 This victory seemed to give the team the impetus to climb the table, and although Valois often looked bewildered as the ball was hacked back and forth, and with Division Three defenders having scant regard for his silky skills, he was quite often on the periphery of the action. Having said that, whenever he had the ball and was allowed to show his repertoire of tricks he was head and shoulders above anything else in the division.

After netting seven goals in only ten starts, Griffiths suffered a hairline fracture of the shin, perversely against his old employers Leyton Orient, and after ongoing complications missed the rest of the campaign. Dean Crowe was signed from Stoke, initially on loan, and immediately picked up the mantle of the little player alongside the big Steve Howard.

A mini run of defeats in November culminated in 24 players unavailable just before the away game at Kidderminster. A flu epidemic, injuries and suspensions left the club unable to send a team to Aggborough and Kinnear, with medical backing, pulled out of the fixture the day before.

As expected, Kidderminster and the Football League were not pleased, and there was strong talk of a points deduction as well as a fine, but in the end a hefty £30,000 was levied which included compensation. The players took immense delight in winning 4-1 when the game was eventually played!

Once Kinnear had virtually a full squad to choose from, it was back to winning ways and the long road back in attempting to overtake the runaway leaders Plymouth who were remarkably consistent.

The big clash of the top two sides at Kenilworth Road took place in early February and the biggest crowd since the visit of Southampton in the FA Cup in 1995 saw the Hatters win a titanic struggle 2-0 through late goals from Kevin Nicholls and Steve Howard. 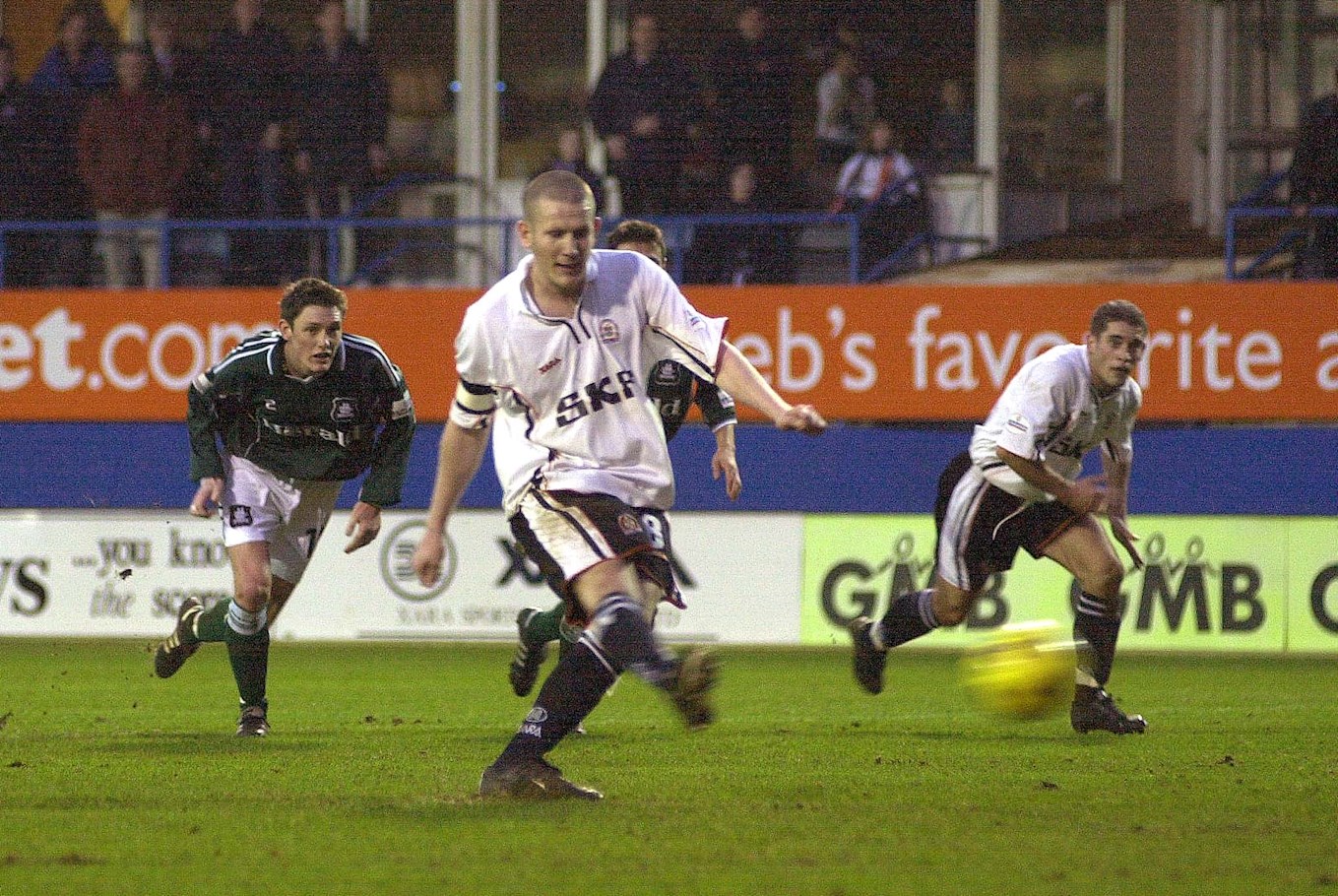 Strangely, rather than fill the team with confidence, the win over Plymouth had the opposite effect and the next two games were lost, but another harsh talking to by Kinnear galvanised the side once more as they embarked on a 14-game unbeaten run which took them to the end of the season.

The run began with a 3-0 home win over Bristol Rovers on a wet and windy night, and gradually built up a head of steam as York, Lincoln, Torquay and Leyton Orient went the same way as Rovers with the Town consolidating second spot in the table.

The trip to fellow promotion challengers Rushden & Diamonds was seen as the toughest game since the meeting with Plymouth but, with Matt Taylor imperious on the wing, the Hatters won through 2-1 in hurricane conditions and with it came the virtual certainty of promotion.

The next three games, all at home, were won and promotion was confirmed after a solid 3-1 victory at Swansea on Easter Saturday with four matches to go. 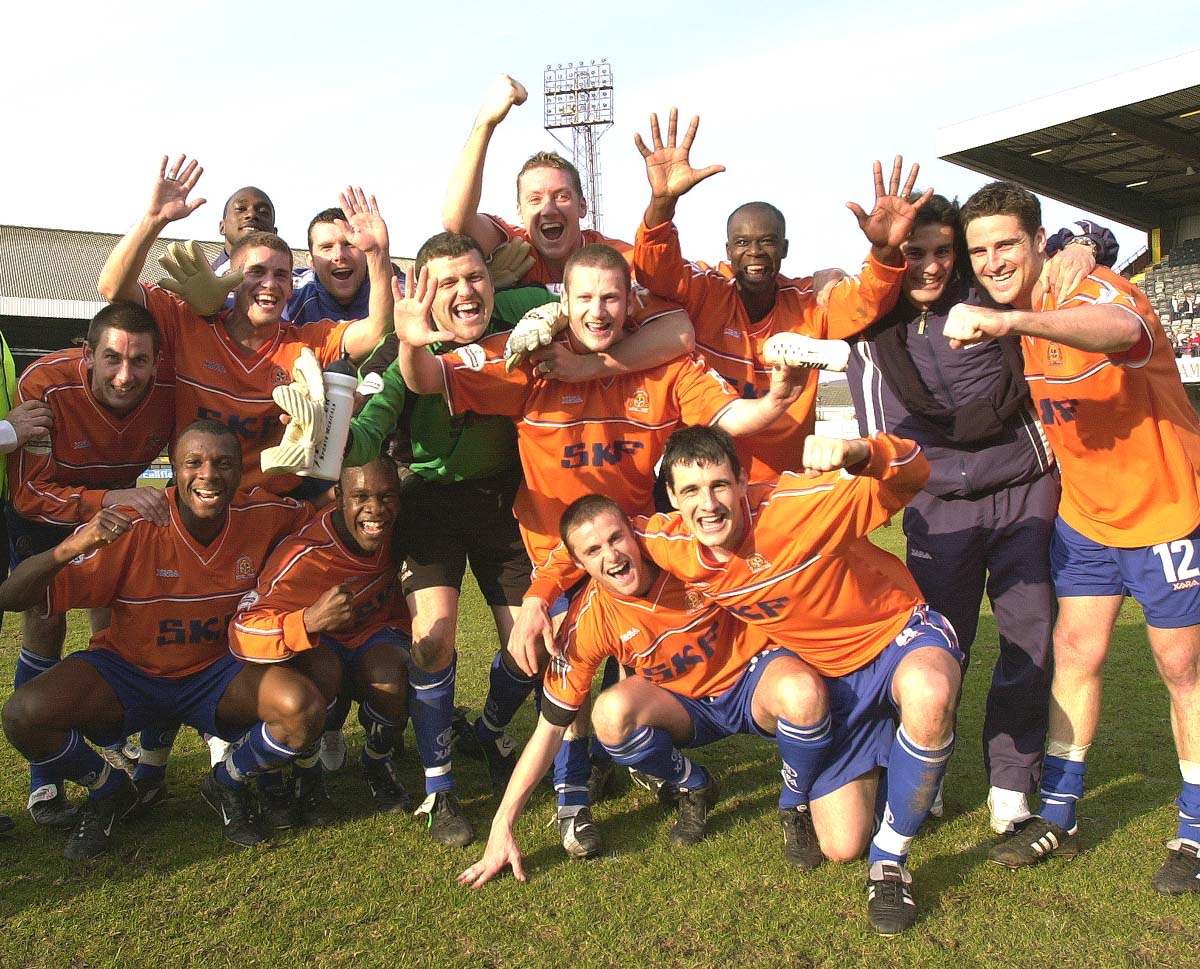 Easter Monday saw fourth placed Mansfield come to Kenilworth Road and in a carnival atmosphere the Town put on a carnival display, winning 5-3 and avenging the hammering they took at Field Mill the previous November.

After an amazing 4-0 win at Hull the following week, making it 12 straight victories, the Hatters actually took over top spot. Plymouth, however, had a game in hand which they won and with the Town drawing in the penultimate game the championship went to Devon.

In any normal season the Town would have romped away with the division but the sheer consistency of the Pilgrims meant that both sides broke many club records. 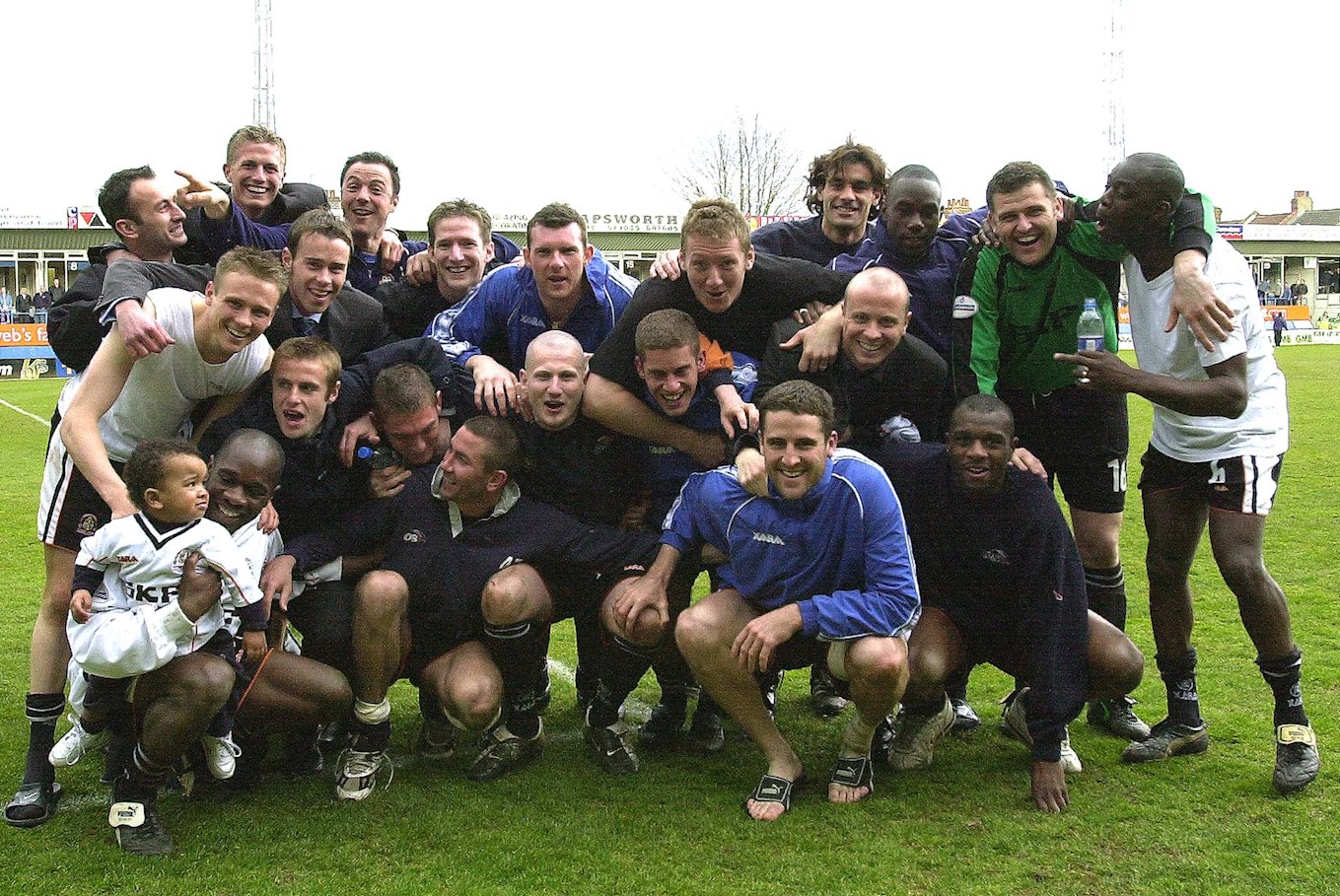