Ahead of showing the highlights of the famous 1-0 win at Manchester City in May 1983 on iFollow Hatters Gold at 8pm tonight, we caught up with former Hatters captain Brian Horton to get his reaction to the sad news that his team-mate and close friend Raddy Antic had passed away in Spain yesterday.

Brian (pictured with Raddy in December 2018 at Luton Hoo) told LutonTown.co.uk: “I saw it on Sky last night and it knocked me for six. He was a fantastic person, a fantastic player. I got to know him really well because he lived in Harpenden, the same place as me, and we used to share driving in to training and in to games.

“I’ve spoken to Ricky Hill this morning, Brian Stein, Walshy, Mossy, David Pleat – I’ve been ringing around the boys. He was a massive part of the team spirit that we had at Luton at that time.

“I know team spirit is good when you’re going well, but we got on great off the pitch as well as on the pitch and Raddy was just so talented.

“David only played a sweeper system on a couple of times, when Raddy played, but then we went to 4-3-3 and we were the best side in the league by a mile and it proved by us winning the championship by miles.

“But Raddy could come on and score a goal, or make a fantastic pass to make a goal. Set pieces he was fantastic. I saw him a few months ago for the reunion at Luton Hoo. He looked well. He was with his wife Vera, who is a lovely lady. He always looked well.

“He was always immaculate, a snappy dresser, and he was fine. That’s why it knocks you for six when you see these people, not long ago, and now sadly he’s passed away.

“Anything to do with Luton – I remember with the Gaffer, Raddy and myself, we did a Q&A one time at Luton – and he’d flown in from wherever he was in the world at that time.

“He’d got a place in Madrid and a place in Belgrade, and wherever he was, he’d always come, which shows the spirit that we had in that team and that unit.” 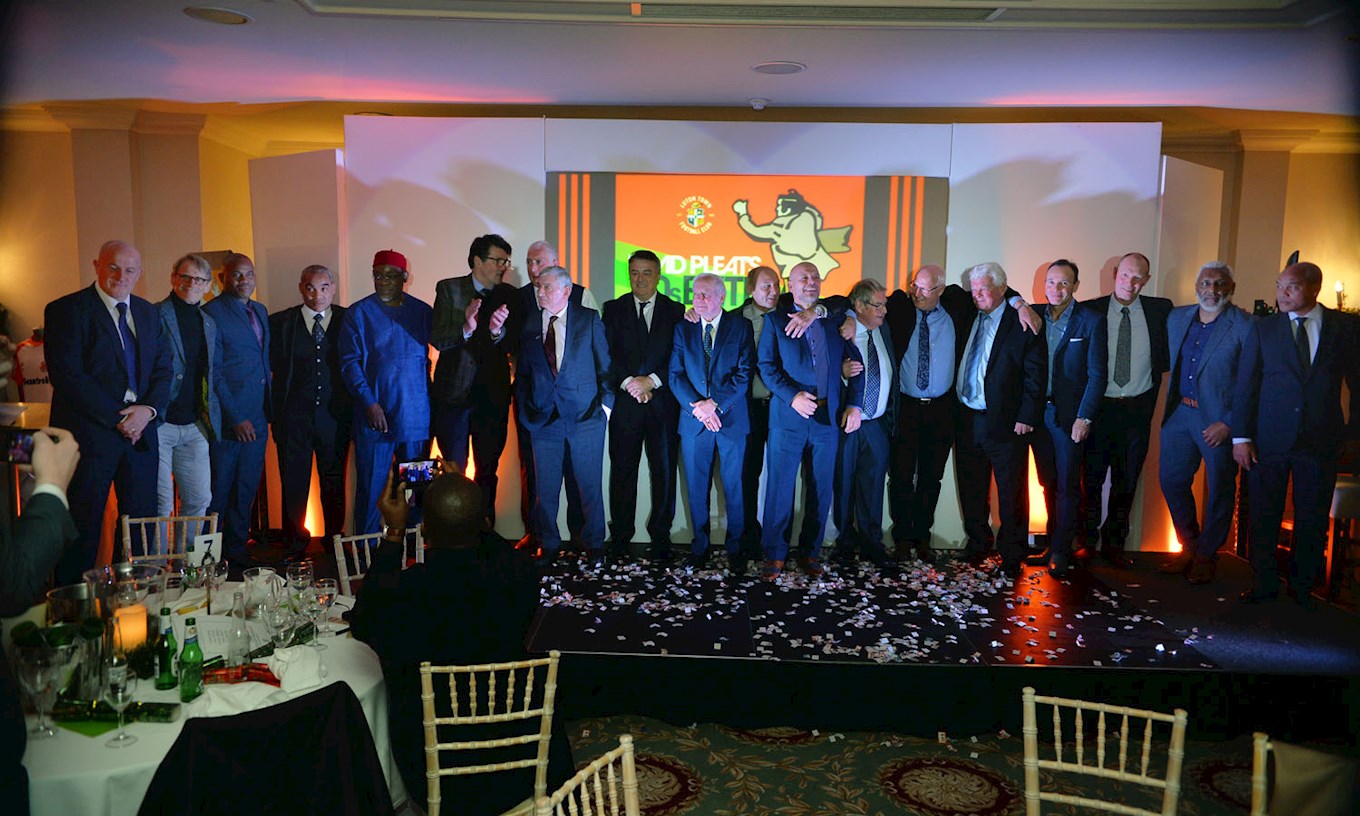 It has been reported that Raddy had been suffering with pancreatitis, and Brian – who is just two months younger than the Serbian – says the news came as a shock to all the ex-Hatters he has spoken to today.

“Everybody was a bit younger than me and Raddy – I’m exactly the same age, 71 – but the reaction is the same as I’m telling you now,” says Brian. “He got on well with everybody, he was just a charismatic person and to do what he did in management…

“He played for some top sides as well, but his managerial career…I looked it up this morning; Real Madrid, Atletico Madrid, Barcelona, two teams in China, the national side, Celta Vigo – it’s unbelievable, his record.

“[Sergio] Ramos is sending messages. [Fernando] Torres is sending a message down. These top players in the world, who had Raddy as their manager – it’s incredible. An incredible football person, an incredible person in life and obviously he’ll be sadly missed.”

Recalling that day at Maine Road, when Raddy fired in the 85th-minute winner to keep David Pleat’s Hatters in the old First Division, and relegate City in the process, Horton recalled: “I watched it again last night. I watched it a great deal, and my son sent me a video this morning, where Raddy scored somewhere and I’m running up to him.

“That day will live in the memory of all the fans and all the players that took part in that game. I still live in Manchester and went to manage Man City after that. I always remind them when I do their supporters’ branches about that day, because that was incredible wasn’t it?

“Three or four minutes left and Raddy pops up with the goal and David is running on the pitch. It’s just amazing, but it wasn’t just that one day. The first year we won the league by a mile. We were the best side by a mile.

“Then stayed up the way we did, and David talked me into staying again, and I did for one more year that we stayed up and I went off to start my managerial career at Hull City, but my days at Luton will be fondly remembered – not just for the football, but for the camaraderie that we had amongst the players and the staff.” 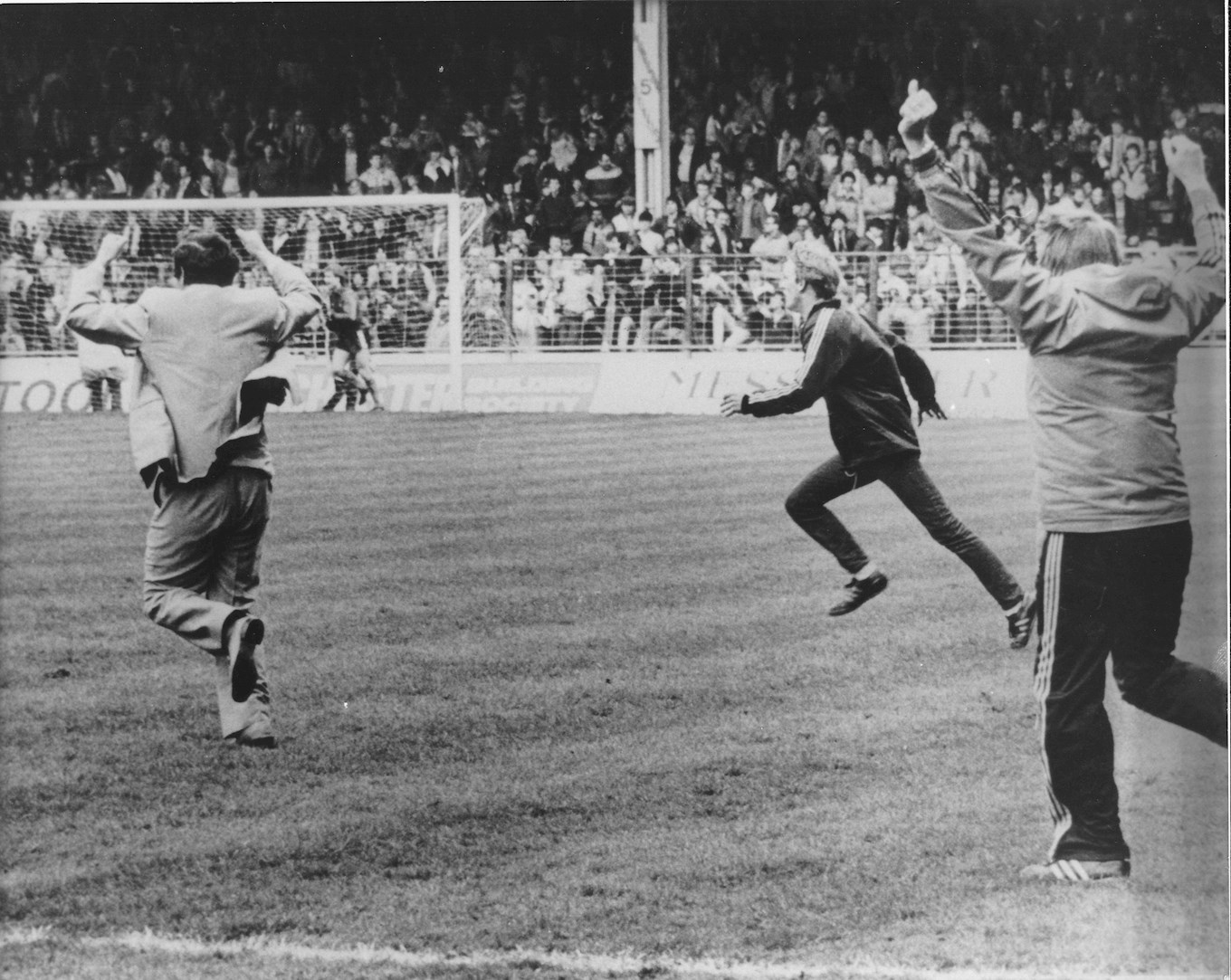 In the footage that will be shown on iFollow tonight, there is an interview at the end where John Motson talks to the Hatters team as a group.

“I’ve just seen it, it’s absolutely brilliant,” says Brian, known as ‘Nobby’ to all during his time at Kenilworth Road. “When you look at that team, and you see Mossy didn’t play that day, he was injured, but Kirk Stephens, Jake Findlay, Ricky Hill – I’ve spoken to most of them this morning – because that’s how we were. That interview that John Motson did is fantastic, brilliant. I’ll be watching it, don’t worry about that.”