Yesterday’s opening goalscorer Pelly-Ruddock Mpanzu was the first to remind Hatters fans that he “only scores bangers” when speaking after Town’s 3-0 win against Bristol City!

Goals from the midfielder, Harry Cornick and a late own goal by Ashley Williams concluded a fantastic afternoon at Kenilworth Road, which helped the Hatters move up into 16th place in the Championship.

After having a good effort saved in the first half by Bristol City goalkeeper Daniel Bentley, Mpanzu made sure he found the back of the net when a chance fell his way in the second half.

“Yeah it was a great save," he said. "He’s a good keeper so I was hoping it went in, but it was a good save. Thankfully I got another chance second half and I put it away.”

In good form on and off the pitch, Mpanzu smiled whilst saying: “Obviously I only score bangers so I knew that as soon as it left my foot, it would go in!”

A fine finish it certainly was, as James Collins played the ball out to him on the left-hand-side, he took a couple of touches inside and the 25-year-old then unleashed a lovely, curling effort straight into the top corner.

“That’s all I do,” explained the goalscorer furthermore, “no tap-ins just bangers only! Obviously it’s good to get tap-ins, but a goal is a goal and I’ll take that.”

But most of all – despite his fantastic strike – the midfielder was delighted the team secured all three points, stating: “There’s been a couple of tough games that we haven’t played well in and got the points that we needed so today, three goals, a clean-sheet, you can’t ask for a better Saturday!

“Obviously we’ve got a strong game on Wednesday against Fulham and then at the end of the week against Birmingham so we’ve got to keep our heads down, but we will still enjoy the win today.”

Pelly's first goal of the campaign put the Hatters on their way towards their biggest Championship victory of the season in what was a strong, all-round performance.

“Listen, we know we’ve got goals in our team, so we’ve got to keep it stern at the back and today with the clean sheet, congratulations to Sonny and Matty and obviously Sheasy, who came back in. He made a great save onto the post and yeah, it was a good team performance.”

Mpanzu, who joined Town in the Conference in the 2013/14 season, has now scored in all four divisions – Conference, League Two, League One and Championship – an achievement he was keen to credit not only to himself but the players and staff around him.

Acknowledging that tremendous feat, Mpanzu said: “I’m surprised I’m still here to be honest! It has been a while but I wanted to score, and I know I need to get more goals but scoring in every division is credit to me, credit to the team and to the staff who keep believing in me. I’ve got to repay them somehow!” 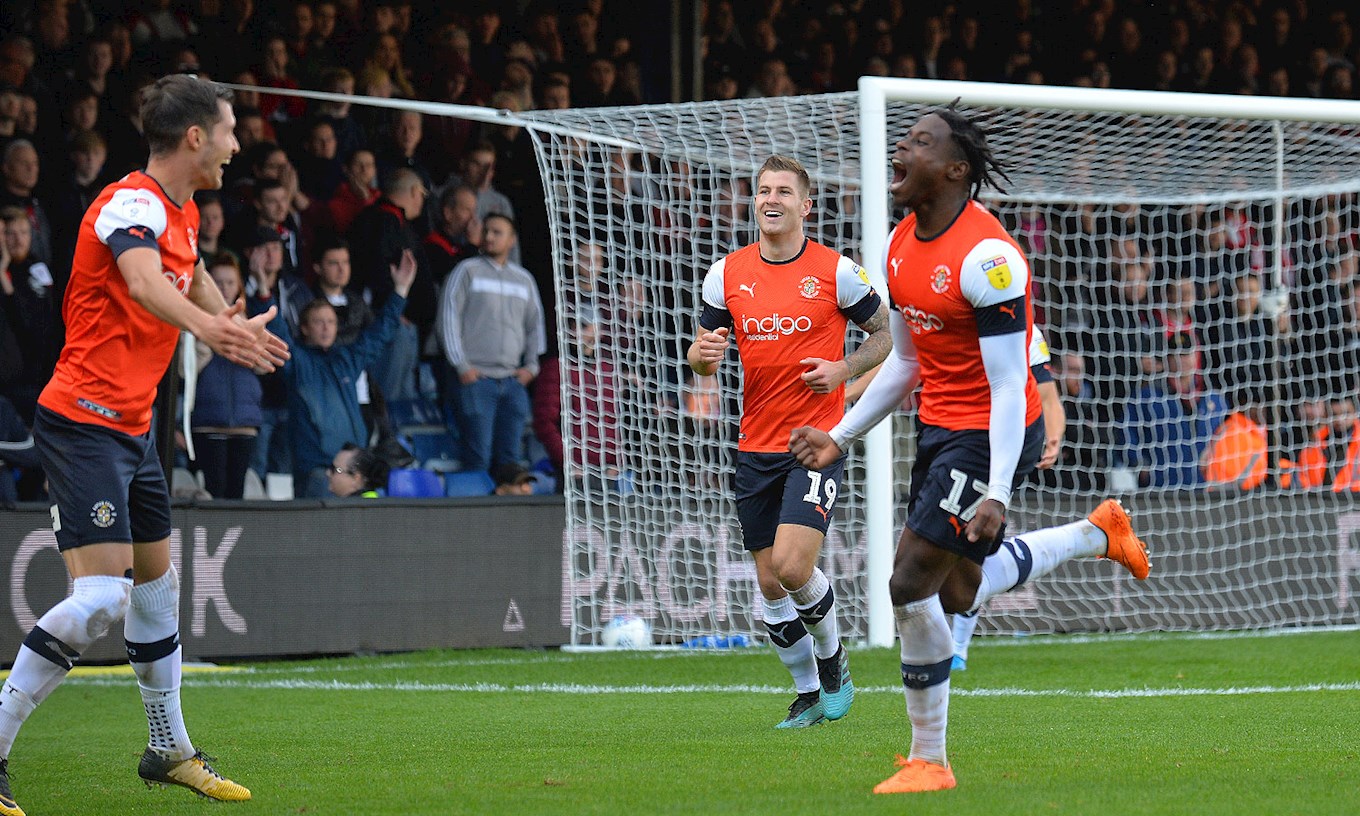