Izzy Brown says he ‘loves’ playing for Luton after scoring his first goal for the club during the Hatters’ 2-1 win against Charlton Athletic at Kenilworth Road last night.

The on-loan Chelsea forward scored the decisive goal in the 53rd minute after Town had originally fell behind in the seventh minute, before Pelly-Ruddock Mpanzu levelled proceedings a short while later.

Brown’s goal was taken particularly well for a player that admitted his shooting ‘hasn’t been the best so far’, as he added to his six Championship assists.

Describing the goal, Brown said: “I don’t really remember too much, I just know (Andrew) Shinnie played a great pass because there was one before when I was shouting at him to give me the ball and he didn’t give it!

“Then this time he gave me the ball and it was a little bit behind so I had to try and get a touch in-front of me and luckily, it fell right into my path and I just had to shoot on target, low and hard, and I think it went through the keepers legs.

“It’s great to finally score because my shooting hasn’t been the best so far but it’s good it finally paid off tonight.”

The 22-year-old believes that the foundations of the victory were laid mainly in the performance against Leeds on Saturday, where Town played well but were narrow 2-1 losers to a late goal. 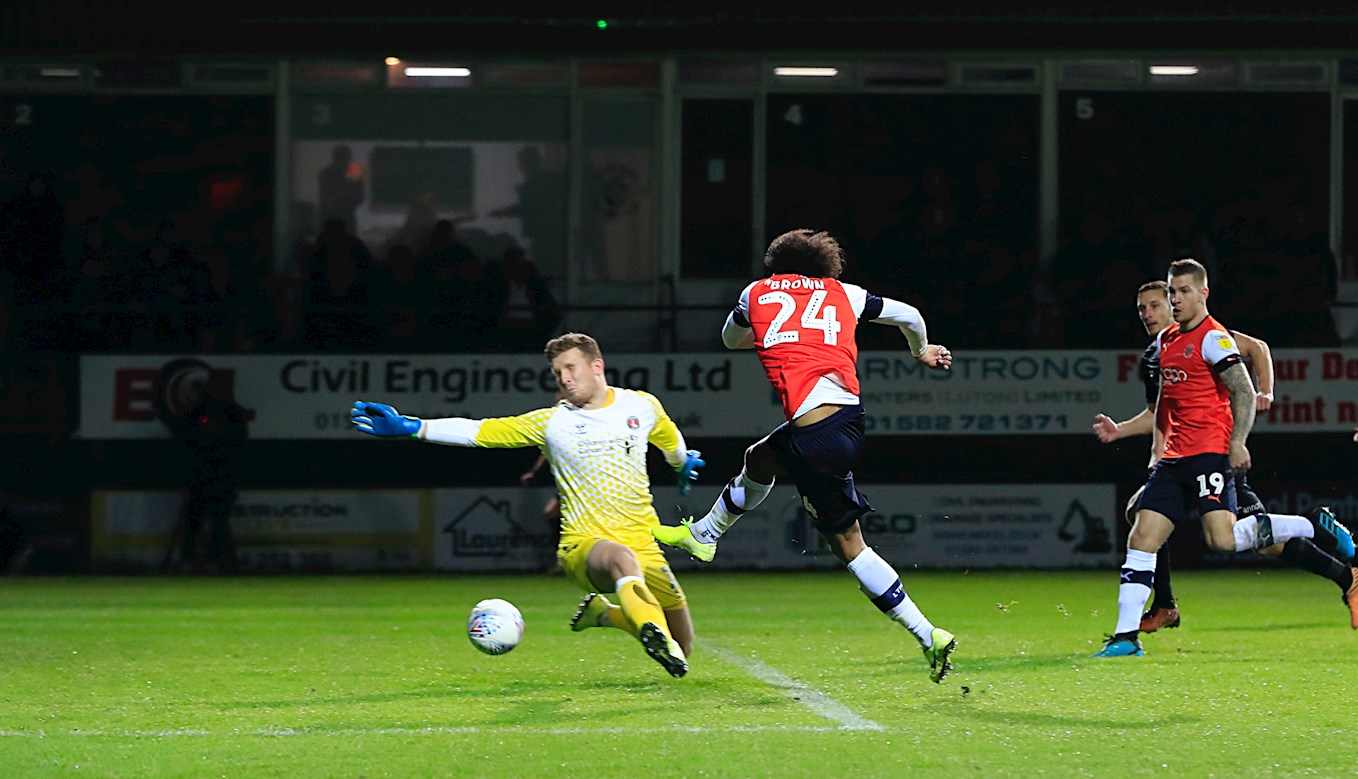 Brown elaborated: “I think the performance on Saturday built us up for this game because it gave us so much confidence that we could put in a performance like that against one of the best sides in the league.

“The manager said we have to go and do exactly the same against Charlton and we will get the win and I think every player was flawless. We made one mistake for the goal but other than that, I think everyone played the perfect game.”

Brown continued talking about manager Graeme Jones on a personal level and how he has helped him gain confidence.

“I love playing here, I love playing under this manager. He gives me so much confidence and I really feel like on the pitch I can go and show everyone what I can do. I think tonight just proves how far I’ve come and how far the team's come from the start of the season so I’m proud of all the boys.”

The win brought an end to five losses on the bounce, which Brown pointed out as being particularly important.

“To get the win after five losses is big for us and it has given us confidence to go onto Brentford now and really believe that we can go and put a good performance in against any team,” he added.