Luton Town Football Club are delighted to announce that Graeme Jones will become the Hatters’ new manager from Tuesday, with Mick Harford having successfully led the team to promotion to the Sky Bet Championship.

Graeme has agreed a three-year contract to take charge at Kenilworth Road until 2022, the terms of which were satisfactorily agreed in February, whichever League we would have been playing in, after amicable consultation with his then club West Bromwich Albion.

The Hatters’ board were insistent on not disrupting another club’s season, and Graeme did not want to break the commitment he had made to both West Brom – as they bid to win promotion back to the Premier League – and his manager Darren Moore.

The Championship club parted company with their management team in March, but despite Graeme’s early availability, we rightly continued to honour our commitment to Mick, just as he committed to the club.

There will be minimal disruption to players and staff in the summer, and Graeme – who in recent weeks, since the severance of his contract with West Brom, has been fulfilling Mick’s usual role – has been fully respectful of Mick and his coaches being solely responsible for the team without interference.

The 49-year-old Geordie is a former striker who enjoyed a 15-year playing career with the likes of Doncaster Rovers, Wigan Athletic, Southend United, Boston United and Bury in the Football League, as well as St Johnstone, Clyde and Hamilton Academical in Scotland, after working his way up from Non-League football with North Shields and Bridlington Town.

Graeme worked as the Spaniard’s number two for 11 years, first winning League One at Swansea City and spending a season in the Championship, then for four seasons back at by-now Premier League Wigan, with whom he won the FA Cup against Manchester City in 2013.

Town CEO Gary Sweet said: “We’re delighted to be the first club to secure the managerial services of Graeme Jones. Graeme is a very highly regarded coach and assistant amongst his peers and has caught our eye over the last few seasons as someone who is very hard working, very methodical and thorough in his approach, and a coach who sets his teams up in a manner Luton players and supporters will be accustomed to.

“We were always looking for an individual with fresh ideas but one who would befit our Club’s culture and ambition; one who is capable of taking Luton Town to the next level, building further upon the foundations we have nurtured over the last few years. We are very much looking forward to Graeme leading us into our next few chapters as a Championship club.

“We’ve been extremely fortunate to have Mick at the helm to see the job through, alongside our first team coaching staff. They have done a truly wonderful job with Graeme working in the background, without any thought of interference to the current set-up, to ensure we have a head start with regards to recruitment for next season.

“We would like to thank all of our supporters for your patience and for the support you have given Mick, his staff and the players throughout this wonderfully successful season and look forward to you giving Graeme the same backing in the Sky Bet Championship next season.”

Given the importance of Saturday’s game Luton Town politely requests that media enquiries on this matter are directed via the Club only from next week. 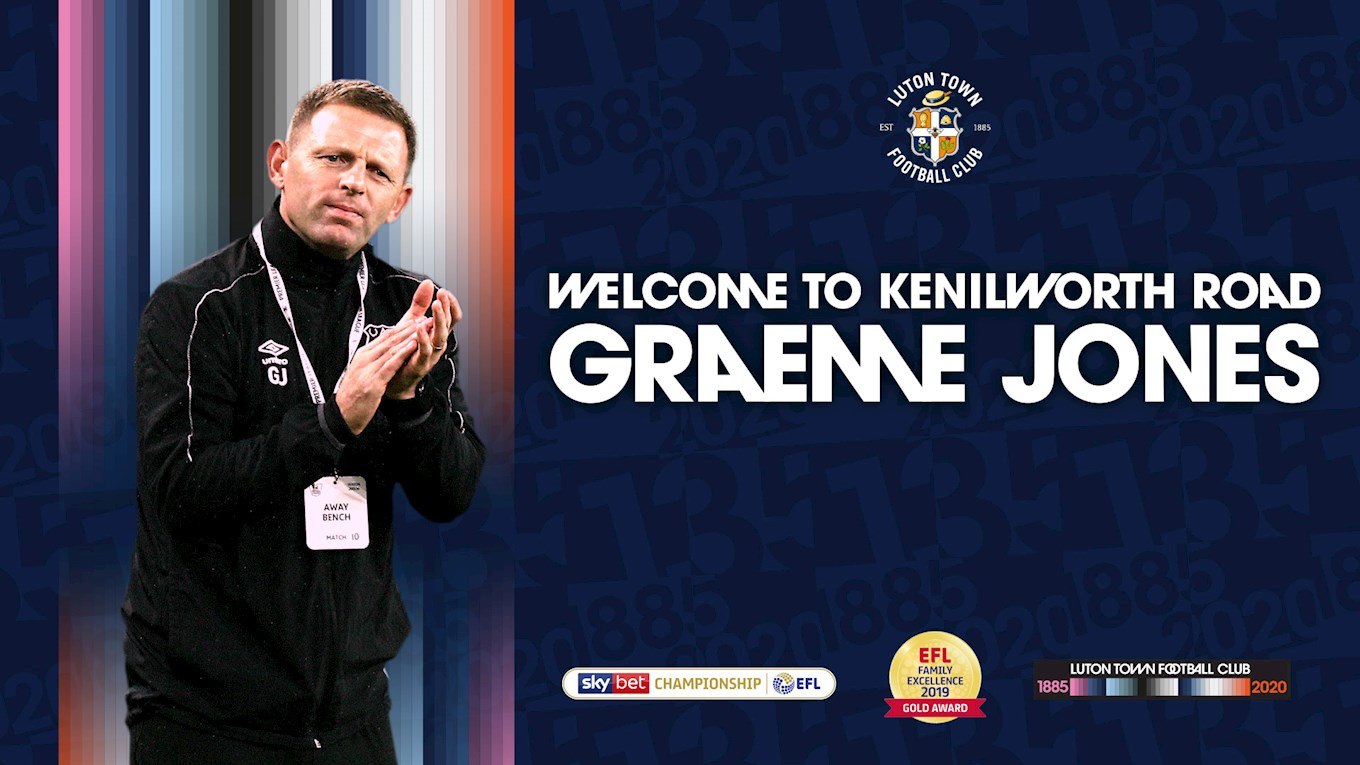