Graeme Jones has told Hatters fans they will continue to enjoy the kind of attacking passing game they have been used to in recent years when he takes charge of the team in the Sky Bet Championship next season.

Working as assistant to Roberto Martinez, the 49-year-old’s Swansea, Wigan, Everton and Belgium sides were renowned for their fluent style, earning promotions, an FA Cup victory over Manchester City and a bronze medal in a World Cup.

Jones faced the press for the first time as Hatters boss at The Brache earlier today, and asked whether Town supporters can expect the same at Kenilworth Road, he said: “Yes, but I need to get in and assess the players as well. They need to be capable of that, and to be fair, what I’ve seen so far, they are.

“I’ve always been involved with teams that want the ball, first and foremost, want to attack, want to score goals, and I’m afraid that at any level, you don’t win anything unless you score goals. So that’s where I’m from.

They are always the first thoughts, but obviously as the years have gone on I definitely became a bit more pragmatic to shut the back door, because you need to be good at both.” 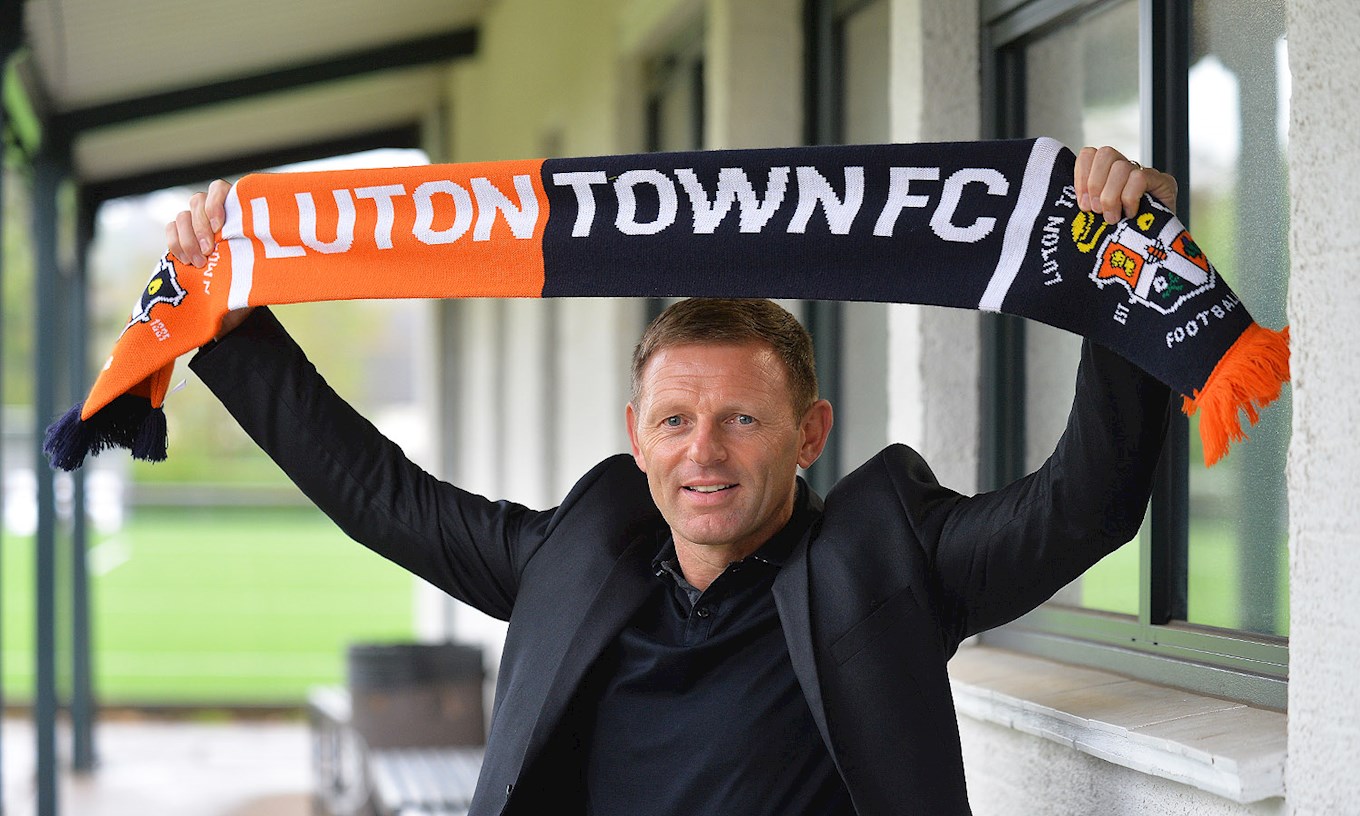 As well as their ability, the former West Brom assistant has been impressed by the current Town squad’s togetherness which has helped produce that combination he describes at both ends of the pitch.

“Exactly that,” he said. “I think the most powerful thing is their strength in unity. Obviously we’ve got some very, very good individuals But the strength in unity – when I see James Collins and Kazenga LuaLua working back at Burton – I actually took a picture, and we had 11 players defending our own third. I think that strength in unity is very, very powerful. You don’t see that at every football club.

There will be additions to the squad, however, to boost both quality levels and numbers.

He added: “The first thing that I want to state is that if we were in League One, we’d be looking to do that, but the group of players that are here have earned the right to be part of it, and if we can improve and help the players that are already here in certain areas, and improve the squad, then I’m sure with Gary (Sweet) that’s what we’ll do.”