Graeme Jones faced the media for the first time as new Luton Town boss at The Brache today – and told how he knew the Hatters were the right club for him to make his first move into management when the initial approach was made in January.

The 49-year-old spent more than a decade as number two to Roberto Martinez at Swansea, Wigan, Everton and with the Belgium national team before becoming assistant to his good friend Darren Moore at West Brom last summer.

When Nathan Jones departed for Stoke on January 9th, the Hatters approached the Baggies for permission to speak to the Geordie, who indicated his desire to be Luton manager, but also reiterated his commitment to his then club and manager, who he has known for 25 years.

It was in February that, after amicable consultation with West Brom, that Jones agreed a three-year contract to join the Town at the end of the season, whichever division we would be playing in, with neither Jones nor the Hatters wanting to disrupt another club’s season.

Since the Championship club parted company with Moore and Jones in March, the ex-Doncaster and Wigan striker has had plenty of opportunity to prepare for his first job as the main man. 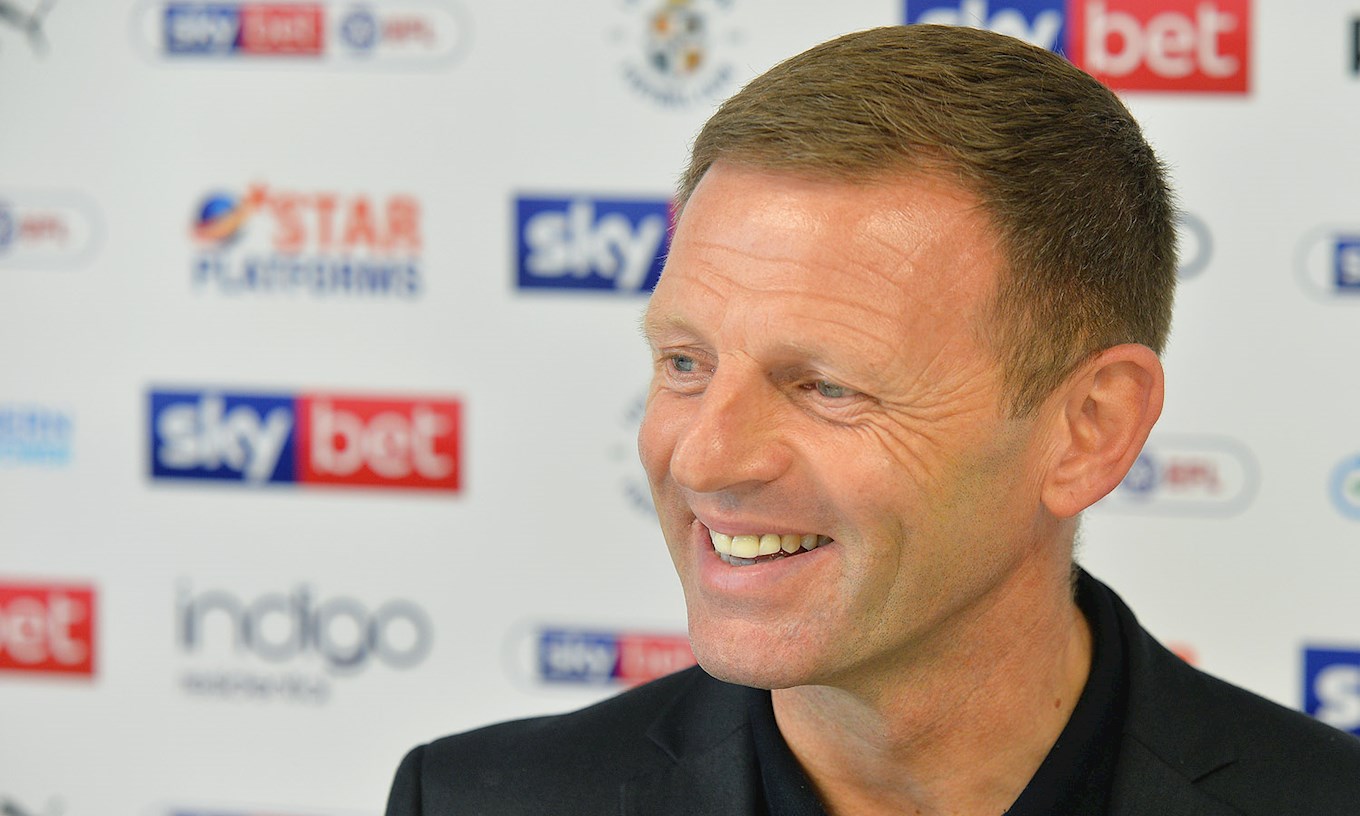 Jones, who watched the Town in person at Burton and on Saturday at home to Oxford, said: “Normally when taking a job, you’d be planning a training session for tomorrow and planning a game for the weekend, so it’s been an unusual situation but a privileged situation as well.

“Things were agreed back in February so I’ve been watching from a distance since then, and irrespective of results, I was always going to go to the last away game and the last home game of the season, just to get a look at the boys live on the pitch.

“The approach was made on January 9th and my initial thought was ‘Very interested, it’s an up and coming club’. I spoke to Gary (Sweet) and quite quickly I felt like it was going to be the right club for me.

“The 2020 board of directors are supporters and have had a history of backing their managers through the years, and that appealed.”

Having helped take Swansea from League One to the Championship, then worked in the Premier League with Wigan and Everton before helping Martinez take Belgium to the World Cup semi-finals last year, Graeme says he knew he always wanted to be a manager – but the timing was right on this occasion.

“Always, from the minute I started,” he said. “I’ve had many offers. I could have done this on maybe five or six occasions, and I think timing in life is everything. I had a young family at the time and I’d sat in the passenger seat with Roberto for 12 years. I’d seen how much of an infringement that was on his personal life, and I didn’t really want that at that time. That was one side of the story.

“The other side was that I was heavily involved and committed with Roberto and Darren Moore, and once I’ve committed to something, I give it everything I’ve got. My two sons are 20 and 22 now, they’ve got their own lives, so the timing was correct for me.” 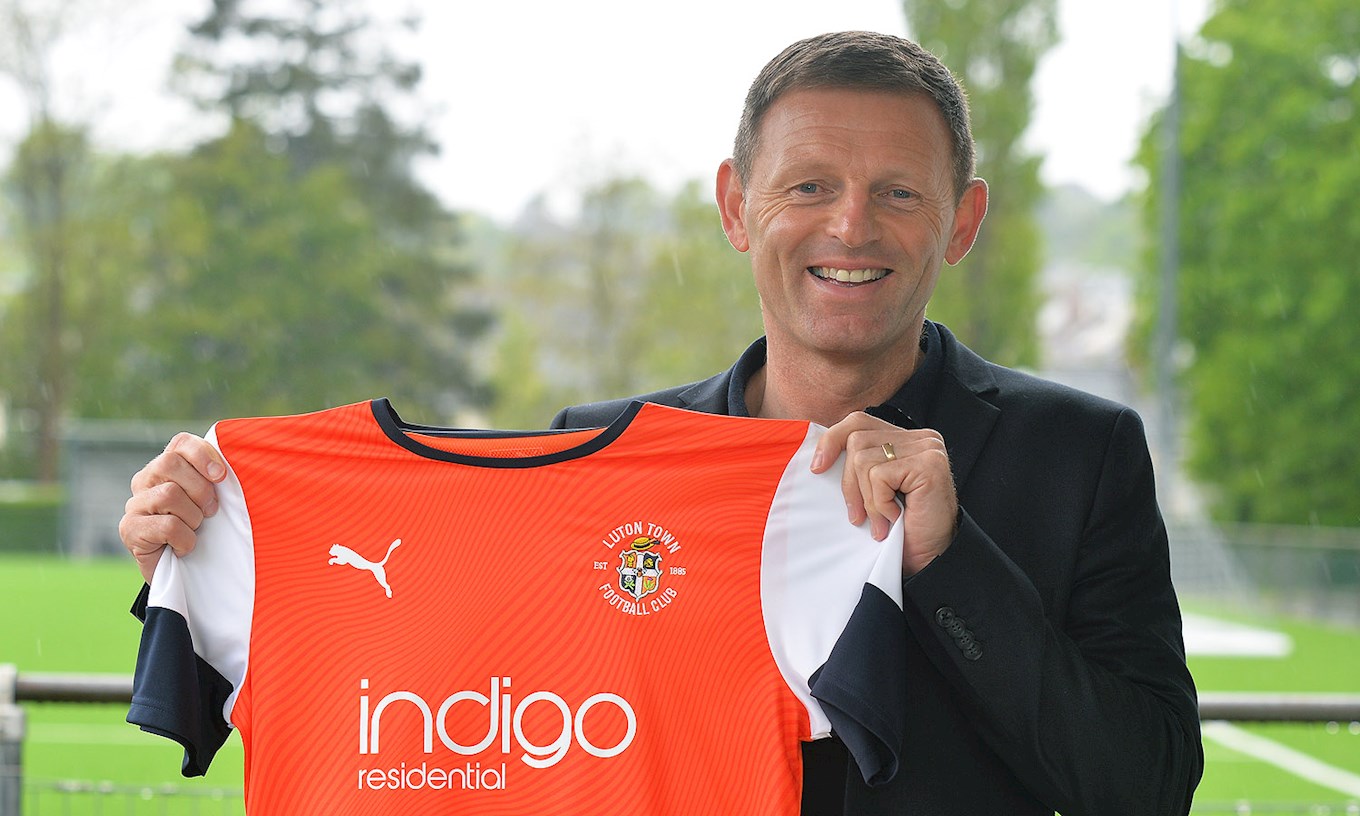 Having kept a respectful distance from the set-up while Mick Harford steered the team over the promotion line, Jones met his new players yesterday and had his first tour of the training ground.

With Harford now reverting to his role as chief recruitment officer – a job Jones has been doing in a role reversal for the last few weeks – he is looking forward to working together with the Luton legend and current staff, while bringing in some of his own.

“Mick’s been brilliant,” said Jones. “Along with Gary and David Wilkinson, Mick’s been fundamental to me sitting here today because Mick obviously played his role and he was part of the recruitment process in January, and took over and did an incredible job. We are in this position because of everybody in the football club, but Mick was the leader of that group.”

He said he is “absolutely” committed to the club statement last week, which indicated there would be ‘minimal disruption to players and staff in the summer’.

“Remember, this is a winning football club,” he said. “There is nothing wrong with Luton Town Football Club, so why change it? We are just looking to improve in certain areas, to be a little bit more experienced – off and on the pitch – because we’ve got a different challenge this season. So that’s where the work is this summer.”

And asked whether he believes the group who have just finished as League One champions can cope with the step up to the Championship, he replied: “Why not? They’ve earned the right to be there.

“I don’t want to make any bold predictions, or any negative predictions, but I think that we need to use the momentum of the club over the past three or four years, maybe even longer than that – from 2008 when 2020 board took over the running of the club – and let’s see where it takes us.”

CLICK ON THE IMAGE AT THE TOP OF THE PAGE TO WATCH GRAEME'S FIRST PRESS CONFERENCE ON IFOLLOW HATTERS FREEVIEW!