The official charity relationship between Luton Town and Luton Foodbank may be coming to an end soon, but there’s no let up in the Club’s efforts to try and raise awareness and funds for their partners.

Yesterday, representatives from the Club, including commercial manager David Hoskins and community ambassador Raj Koyes descended on Central Bedfordshire College to take part in a ‘Cook Off’ competition. Other competitors included Tariq Mohammed from Inspire FM and Chris Nicholls from Luton Foodbank, with other teams consisting of students from the college.

Each team were tasked with developing a three-course menu, using only ingredients that are commonly provided as part of a Foodbank food parcel plus one special ingredient. Each course was then presented to the judges – Steve Barringer, owner and head chef of ‘Eileen’s’ in Ampthill, Cristiano Andrade Da Silva, the club’s head of catering, and Steve Scuffell – consultant chef restaurateur and college lecturer.

The winning dishes will then go forward to be delivered as part of a dinner to be held at Kenilworth Road, with all proceeds going to Luton Foodbank on the 13th June. For further details, and to book your tickets please contact the Foodbank by email.

Yesterday afternoon’s event was a great success, and full of fun. But for families in Luton who rely on food parcels from the Foodbank, living on the breadline is no laughing matter. This year, they have provided an average of 227 food parcels EACH WEEK to families in the borough, helping to bridge the gap during times of desperate need.

If you would like to help Luton Foodbank there are lots of ways to get involved:

Congratulations to everyone who took part in the cook-off, especially to gold medallists Loveth O I Osagie and Hawa Adam Tijani who are pictured below receiving their trophy. 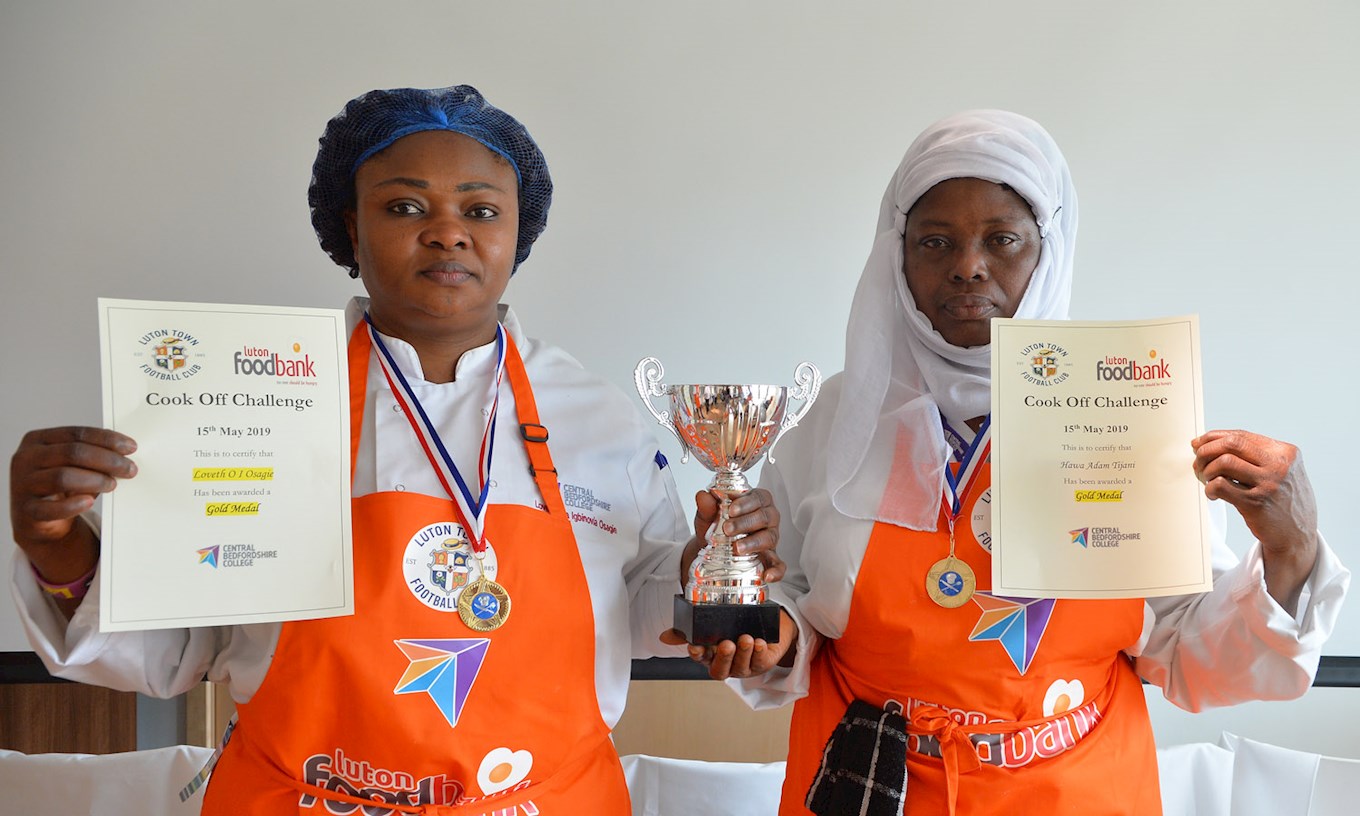