In years to come, the 11th March 2019 will be remembered as one of the most important days in the entire history of Luton Town Football Club – as Luton Borough Council's development control committee determined that the plans for Newlands Park should be approved.

This momentous decision comes two and a half years after the plans were submitted and following a rigorous period of scrutiny from the Council's planning department.

We can now all look forward to a future in the state-of-the-art stadium at Power Court, a secure future will give us the best possible opportunity to compete at the highest level and a bright future for Luton, with the Club's developments at the heart of the town's regeneration.

As well as the obvious benefits to the Club, the developments will bring in the region of 10,000 jobs to Luton, and a much-needed boost to the local economy to the tune of £250m annually.

On March 1st, the planning department revealed their report, which recommended Newlands Park for approval – laying the foundations for this evening's decision. The plans, which were revealed to the public in 2016 alongside the plans for the new Hatters stadium at Power Court, consist of new offices, retail, leisure facilities, restaurants and bars as well as a 300-bed hotel. The development will provide the people of Luton exciting new places to work, relax and play with easy access to the town centre, M1 and London Luton Airport.

2020 Developments have already invested approximately £30m purchasing the land for the developments at Power Court and Newlands Park, demonstrating their absolute commitment to the Town, and the projects, which were the best supported in UK history with some 11,000 letters of support received by the local council for the two projects.

We would like to extend our thanks to Hatters everywhere for their patience and support – which has gone a long way to help us achieve planning consent, especially those volunteers who have given up their time to support the applications so vocally.

Even with this evening's positive news, your support may still be required. In due course we will discover whether the Secretary of State will 'call-in' the Newlands Park project or if it has to go to a Judicial Review. We will of course keep you up to date with any information as it becomes available.

We should also once again thank Luton Borough Council – who have diligently and meticulously examined the applications, and made a secure decision following the required protocols. The scale of their task should not be underestimated.

In November 2007, Luton Town Football Club were on the edge of the abyss, and on the verge of disappearing altogether.

In 2008 Luton Town Football Club 2020 Ltd took the reins – and began implementing their vision that by the year 2020 the Club would be reborn. The rebirth would come in the shape of a new stadium, playing football at a level befitting of a Club with the heritage and standing of our great Club – and they have kept their word.

Tonight's future-making decision will be celebrated by Lutonians, and Luton Town supporters everywhere from Bury Park to Berlin, Marsh Farm to Melbourne and New Town to New York. Today's place in the history books is guaranteed.

But this decision is not about the Club's past. It is about the future. 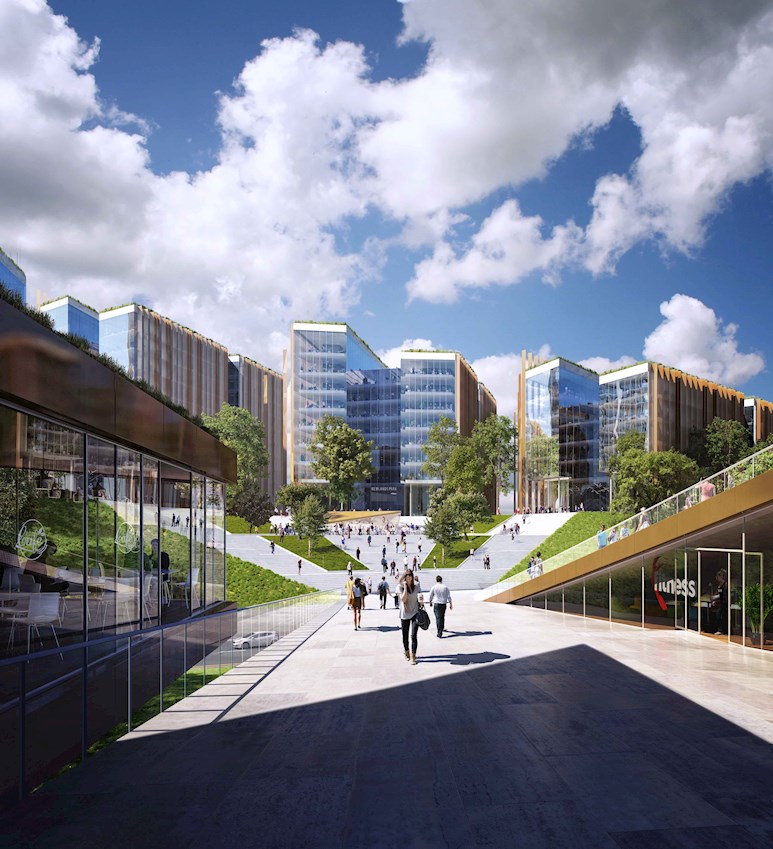