Hatters boss Graeme Jones was delighted to make Callum McManaman his first signing ahead of the 2019/20 campaign, with the winger joining the Town once his contract has expired with Wigan.

Jones was assistant to Roberto Matinez who gave the 28-year-old his debut with the Latics, with the Town manager more than aware of what McManaman is capable of.

He said: "I am delighted that Callum has signed. I think he is the type of player that when he gets a really good pre-season under his belt, Luton Town supporters will really enjoy watching him.

"For me, he's got a mixture of natural talent – he's incredible in one-v-ones and he's a tough boy, he's somebody that plays on the edge. He can look after himself, he works for the team, I think playing in the position that I've got in mind for him, we'll all reap the rewards. He can play anywhere across the front – the ten, any of the two striker positions, I like his flexibility within a game as he can play out wide as he's definitely an attacking player.

"It's natural talent with him, he needs to understand he's 28 now and he needs to look after himself in terms of preparation, working in the gym and we need to train smart to get him through pre-season. He's got no bio-mechanical issues, so I'm really, really hopeful for Callum.

"West Brom signed him for £4.75m just over four years ago, he's played 200-plus games in the Premier League and Championship. He’s 28-years-old, which is the best moment of his career and I'm absolutely thrilled to have him at Luton Town.

"I've kept an eye on his career. Callum used to get wound up for games – used to care too much and I was saying to Roberto Martinez one night, ‘you want to speak to him and tell him he’s not playing tomorrow’. It was against Huddersfield in the sixth round of the cup and Roberto had a word with him, and said to him, ‘look Callum you’re not going to start tomorrow’, and of course, he was going to start, we put him in the team, he scored two goals, and never really looked back.

“Everyone remembers – and I certainly remember – his man of the match performance against Manchester City in the 2013 FA Cup final when we won and his trickery that day caused Gael Clichy and Pablo Zabaleta massive problems and he was a huge part in us winning the FA Cup.

"You need to understand this player. I've had the privilege of working with him, but Callum knows clearly mine and his human agreement of how things are going forward, he has to reproduce that day. That’s his challenge and I think we've signed a player at the perfect moment in his career. I think he’s mature, he's getting married next summer, so a lot of things have changed since I worked with him back in 2013.” 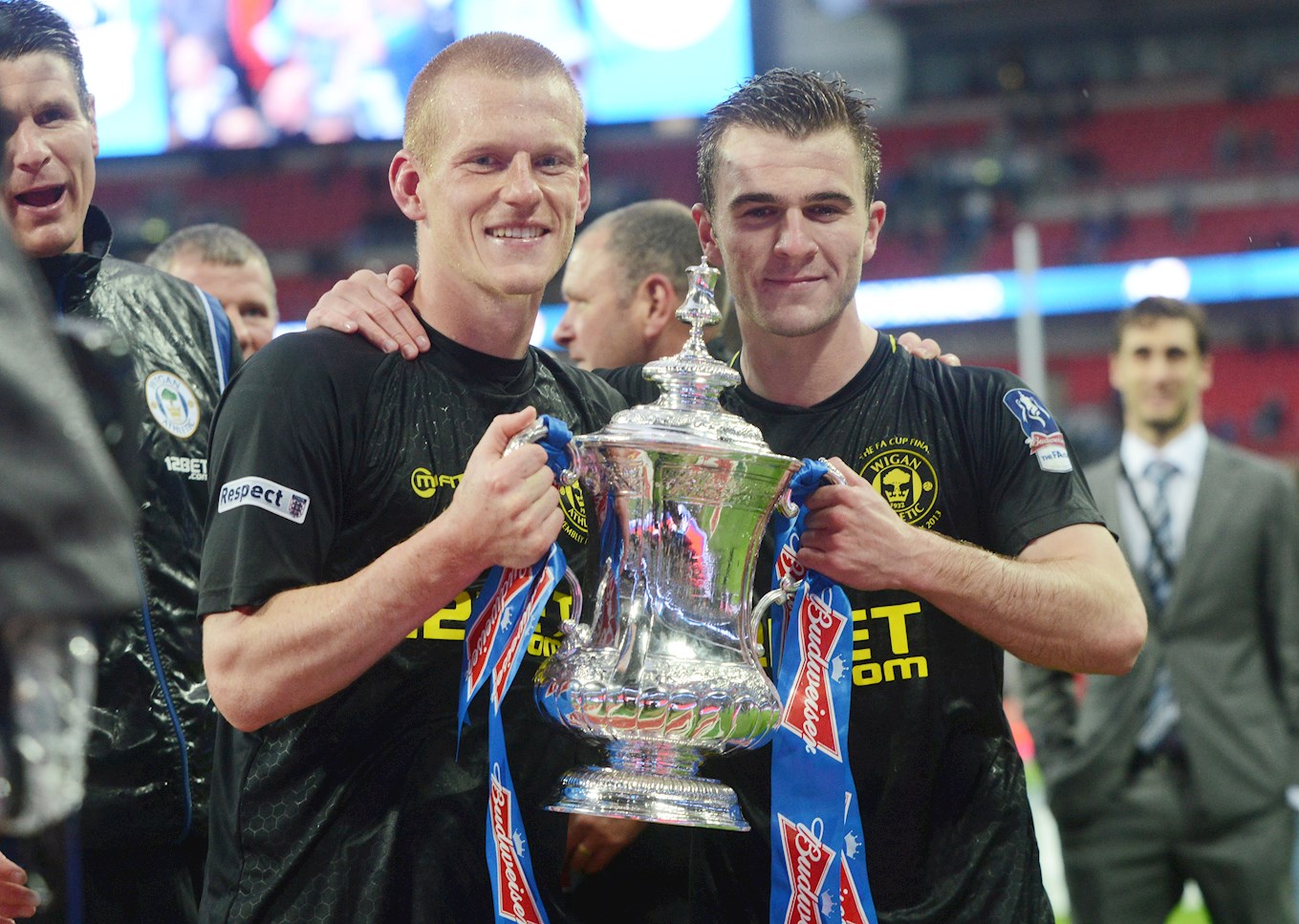 (Callum McManaman celebrates winning the FA Cup with Wigan in 2013)

The 49-year-old has now been at the club for just over a month and has said he has more than enjoyed his time at Kenilworth Road so far.

"I am loving it at Luton Town,” he continued. “I love everything apart from my telephone – I wish I could throw it in the bin some days! But obviously there's going to be a finishing tape on the ninth of August and I need to make sure my telephone will die the day after! I need to make sure that we as a football club are stronger than what we were before the window opened and I'll do whatever's necessary for that.

“I have certainly got a feel for the club, I have spent a lot of time at the training ground. I've now moved down to the area, got my family down.

“I was at Kenilworth Road yesterday, first time I’ve been in the home team dressing room as I've obviously been in the away team’s. There’s good people, good feeling, momentum and hopefully we can build on that. I loved Kenilworth Road – an old, traditional stadium, with lots of character and atmosphere, you can feel it. It was obviously a big difference seeing it from the Oxford game where it was packed full of people and it was quiet yesterday, but still had a great feel. 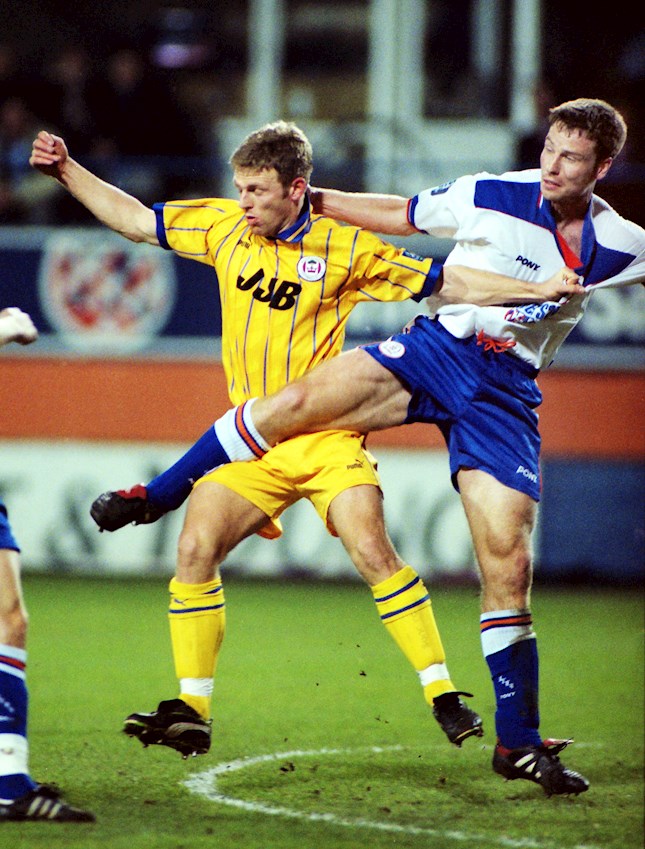 “It was strange seeing the pitch getting re-laid, I couldn’t get on the pitch and measure distances in my own yardage as I normally would, but it was good to go the stadium and good to get a feel for the place.”