Luton Town can confirm that another club transfer record has been broken after the Hatters agreed to pay Croatian top-flight side HNK Rijeka a guaranteed fee of over €1.5million to bring goalkeeper Simon Sluga to English football.

The 26-year-old Croatia international has put pen to paper on a three-year contract, subject to international clearance, with the board agreeing to smash the previous highest fee paid to sign Lars Elstrup in 1989, as preparations for the Sky Bet Championship campaign step up.

After finalising a medical, the man who spent time as a youth in the academy at Italian giants Juventus joined his new team-mates for the official 2019-20 photo on the Kenilworth Road pitch.

Many of the Town lads will already be familiar with the 6ft 3in stopper, having come up against him in the pre-season friendly played against Europa League qualifiers Rijeka in Slovenia last summer.

Since then, Sluga – who won the domestic league title with Rijeka in 2016-17 and played in the subsequent two-legged Europa League win over AC Milan – has lifted the Croatian League Cup for the second time and made his debut for the World Cup runners-up last month.

His form has also reportedly attracted interest from Premier League and Championship clubs, as well as the German Bundesliga.

“I’ve been very impressed with the goalkeepers that we have at the club now, but I feel that we need to get stronger in that area with the idea of letting Harry Isted go out on loan and get some experience,” said manager Graeme Jones.

“I’m delighted to break to club record fee with signing a current Croatian international, who is basically second choice for the country who 12 months ago were playing in a World Cup final. That shows the pedigree of players that we’ve been scouting throughout Europe since March.

“We’ve looked at all markets and seen Simon live several times. He’s incredibly athletic and powerful. He’s an excellent footballer – an 11th player for us – and he has a fantastic presence and great reflexes. He’s brave, focussed and driven.

“At 26 he’s a great age and having had a previous youth career with Juventus, he has good experience behind him now with over 150 senior appearances to his name.

“He’ll still need a period to get used to the English game, and obviously British culture. But we are hoping that we give him a microwave period over the next two-and-a-half weeks and he’ll be ready to compete for his place for the first game of the season against Middlesbrough.”

Goalkeeper coach Kevin Dearden has also watched Sluga in live action, and the former Tottenham and Brentford keeper told lutontown.co.uk: “It’s been a real big search over the off-season to find a goalkeeper to strengthen the group, and it’s proven a difficult market to find the right one. But in Simon we feel we’ve got the perfect man.

“We saw him play against us last year and we’ve watched him live again recently. In between, he’s had an excellent year, playing Europa League football and making his full international debut.

“He’s very quick, athletic and agile, but is also brave on the ball, which is something Graeme wants for our style of play this season. He’s ready for a new challenge and we are delighted he’s chosen Luton Town to take that challenge on and further his career.”

Sluga is Jones’ fifth signing since taking charge, bringing another huge bank of experience to the Town squad following the arrivals of Callum McManaman, Martin Cranie, Ryan Tunnicliffe and Brendan Galloway, who have all been operating in the Premier League and Championship for several seasons. 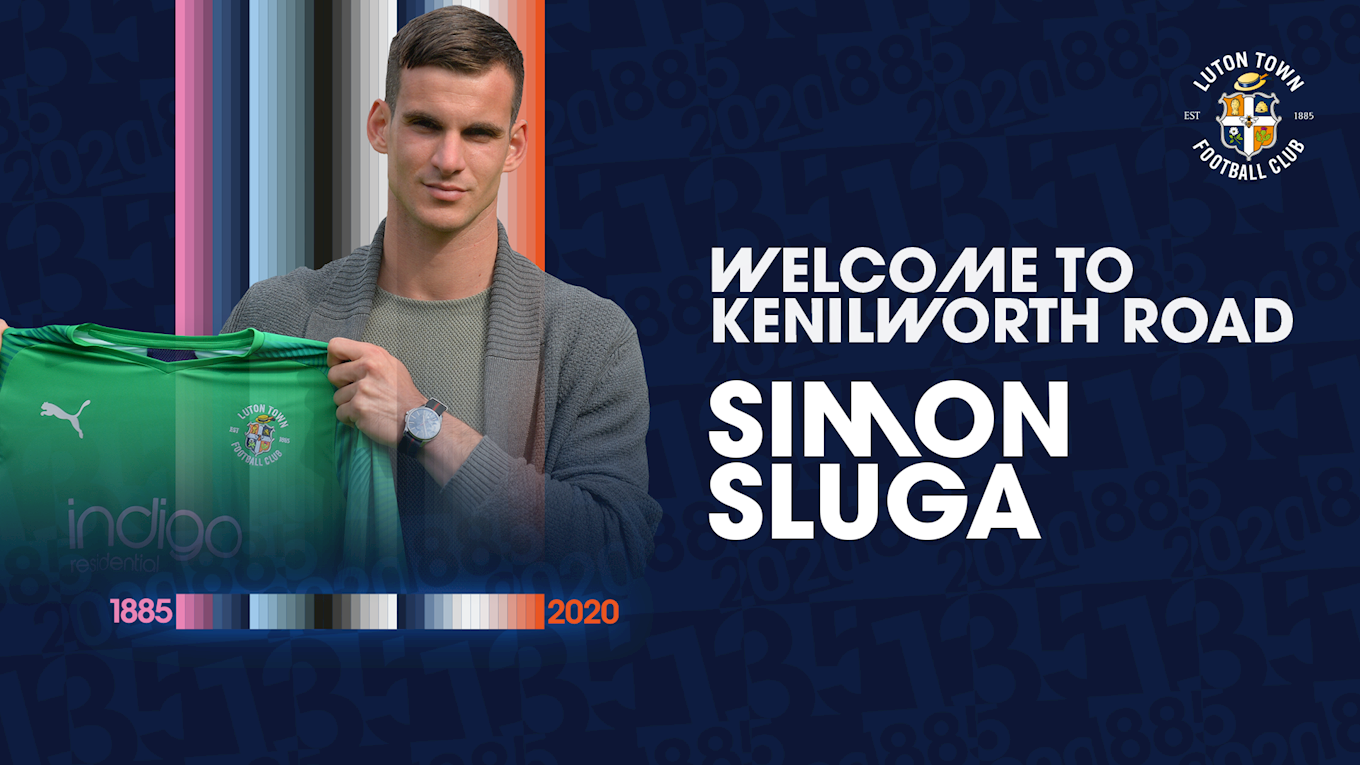