The Hatters are pleased to announce that following positive discussions with Graeme Jones, touchline tricks and triple-backflips will be returning to Kenilworth Road, with winger Kazenga LuaLua penning a new contract with the club.

The 28-year-old has joined up with the first team squad as they travel out to Portugal this afternoon, providing a massive boost to the frontline options Jones now has at his disposal heading into the 2019/20 Sky Bet Championship campaign.

LuaLua signed for the Town in September last year, with his substitute forays getting supporters on the edge of their seats – notably with a last gasp equaliser at Walsall in December – before breaking into the starting XI in the New Year.

The former Newcastle United and Brighton & Hove Albion winger finished last season with three goals in 28 appearances – his standout performances helping the Hatters on their way to a second consecutive promotion, earning him a chant that we’re looking forward to hearing back on the terraces this coming campaign.

Jones was ecstatic to see LuaLua put pen-to-paper on a new deal, as he said: “I am delighted, because he was one of the players that when I initially watched the team from January onwards, I really, really liked. He has got wonderful ability.

“Sometimes you can have a talented player that doesn’t want to work back, but Kaz is the opposite of that, he is prepared to be a team player. He has got that natural talent that is wonderful to see and we need it.

“He is my type of player, because he opens teams up with his individual talent and we need that and we need a mixture of everything. But again, like most of our signings so far this window, he ticks that box of having plenty of Championship experience. He has got that on his CV so he hasn’t got a mental step to take whether he’s good enough for the Championship. He’s another great signing for this club for the season. He fits in with the good characters at the club.”

Whilst the former Wigan Athletic and Everton assistant boss is pleased to have him in his squad, he has absolutely no intention of rushing the winger to get him up to full fitness at the earliest opportunity.

“He has now obviously missed three-and-a-half weeks of pre-season and we are going to have to be patient with him,” Jones continued. “A lot of times through his career – because of his talent – he has been thrown in, going from nought to 100 with nothing in-between. We need to look after Kaz physically for a while – we need to get him a programme that suits where he is now in his career and the age he is at.

“We want to max Kaz out, but because of one or two injuries he’s had, we’ve got to take a little bit longer with him, so we have got to build him up. I am asking supporters to be patient with him. I want Kaz to be involved, but we need to get a period of him training and increase the minutes of playing in his body, to keep him fit for longer. But I am delighted to have him through the door because he is a player that can make things happen – you can’t get enough of him.” 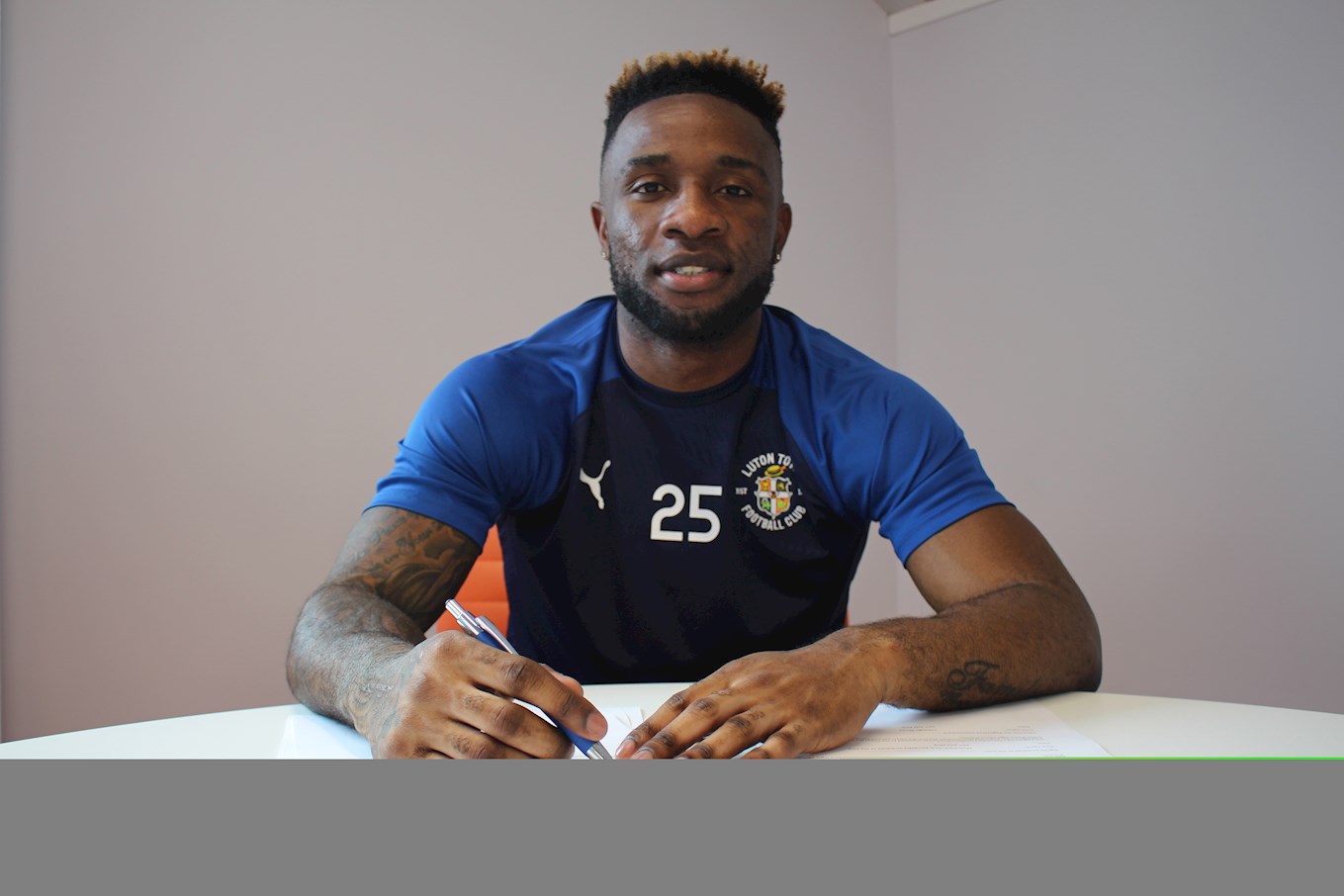 LuaLua technically becomes the sixth signing of the summer, with the Hatters adding Premier League and Championship quality already, recruiting the likes of Callum McManaman, Ryan Tunnicliffe, Martin Cranie and Brendan Galloway, as well as the club’s record signing Croatian international Simon Sluga – who joined the club on Friday in a €1.5 million move from Croatian top flight outfit HNK Rijeka.

The pacey wide-man was pleased to commit his future to the club as he said: “Obviously it’s great to be back. I really enjoyed my time here last season, so I think it was the right decision for me to carry on with Luton.

“I have got a good thing going at the club, when I broke into the team properly in January I really started to enjoy myself here. It was unbelievable the way we finished the season. The supporters have made me feel welcome since the moment I arrived here. When they get behind you, like they did since I have arrived, it gives you a massive buzz. It’s a really nice feeling. It was a really special season. I think they liked the way I play, they got behind me and I really appreciated it. I hope it continues this season.

“I have played in the Championship for the last six, seven years, it’s a very tough league. To be back in the Championship is excellent for the club, but it’s a real challenge for everyone. It’s a very, very hard league, it’s aggressive, you don’t get time in the box, but it’s just as hard for the team you are playing against, so it’s a challenge we are looking forward to.

"The aim this season is for everyone to enjoy it. For a lot of the boys it’s the first season in the Championship. So we need to enjoy it, it’s not an easy league, but it’s not easy for any team.”

Welcome back to Kenilworth Road Kaz, here’s to many more champagne moments in a Luton Town shirt!