We are delighted to announce that one of the club’s fine young prospects has committed his future to the Hatters ahead of the upcoming Sky Bet Championship campaign, with Harry Cornick signing a long-term contract extension.

The 24-year-old striker has developed into a crowd favourite at Kenilworth Road in the last couple of seasons, with his searing pace terrorising opposition defences as the Town have secured back-to-back promotions.

Last season Cornick netted eight times in 19 starts, taking his total in an orange shirt to 13 in 77 appearances since moving from Premier League side Bournemouth in August 2017.

The forward said: “I’m really happy. It’s been two years since I signed and it’s gone so well – better than I could have dreamed of, with two promotions in as many years. It couldn’t get any better so it’s a no-brainer to put pen to paper to stay for many more years to come.” 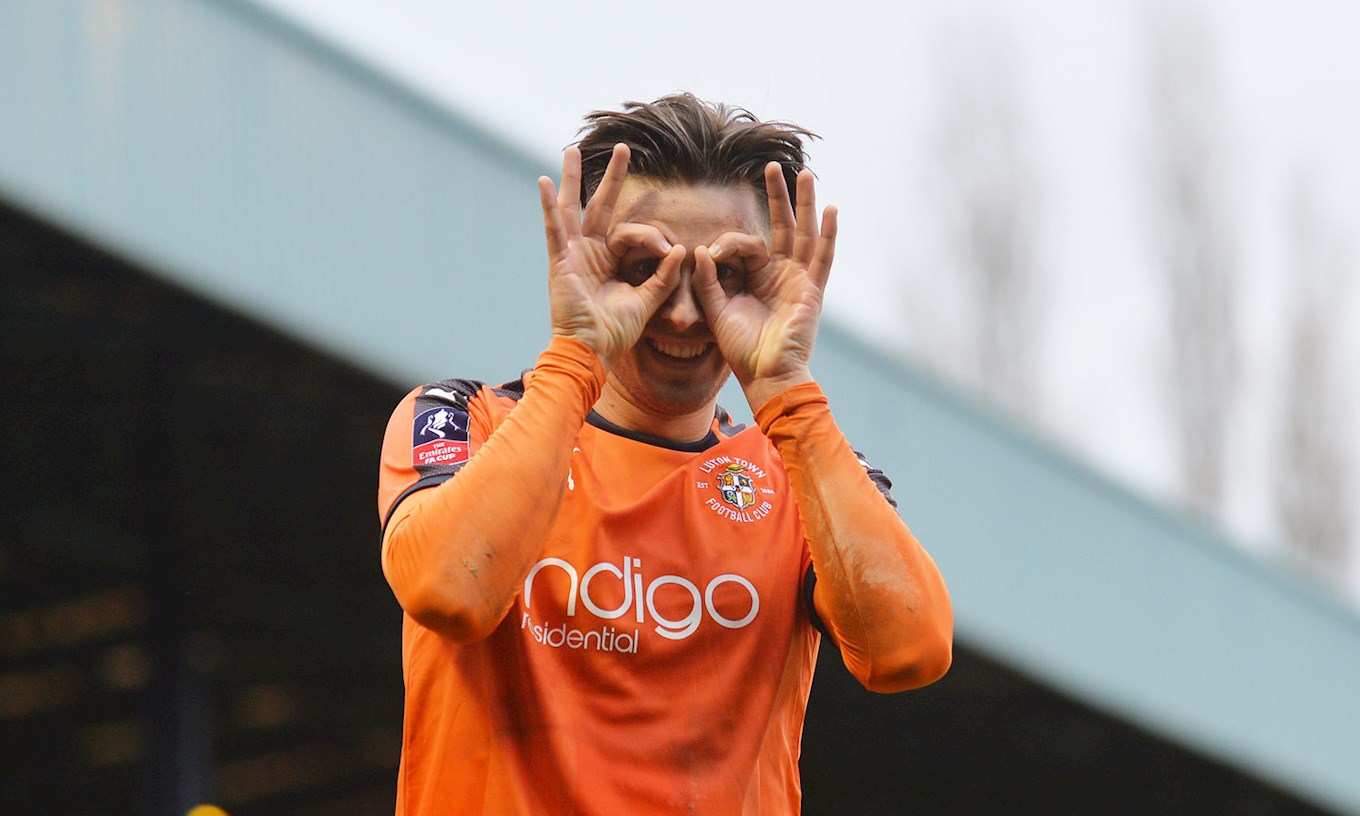 Having first shot to prominence as a teenager with his local club Christchurch, Cornick arrived at the Kenny as a winger who featured once in the FA Cup for Bournemouth and had been on loan at several Non-League clubs before gaining EFL experience at Yeovil, Leyton Orient and Gillingham.

He has been converted into a central striker, and he said: “It’s gone well. When I first signed, Nathan Jones said to me that I’m no longer a winger and I was going to play up top, so it’s been two years of hard work to try and make the transition, and I’m starting to see the benefits of that.

“I got my highest goals tally last season, which is good, but it should have been more. I missed a few chances, but it’s all going in the right direction so hopefully the new gaffer can keep our progress going strong and keep me improving to make the step up to the Championship.”

And on life as a Hatter, he added: “When I left Bournemouth, it was my first permanent move away from the club I’d been at for many years and it was a tough decision to make.

“In hindsight it was the right decision. I’ve been here for two years and it just feels like I’ve been given a home. I do love it here. The support the fans give us is immense and the lads are all brilliant. I’ve made great friends up here, so I’m delighted to commit my future to the club.” 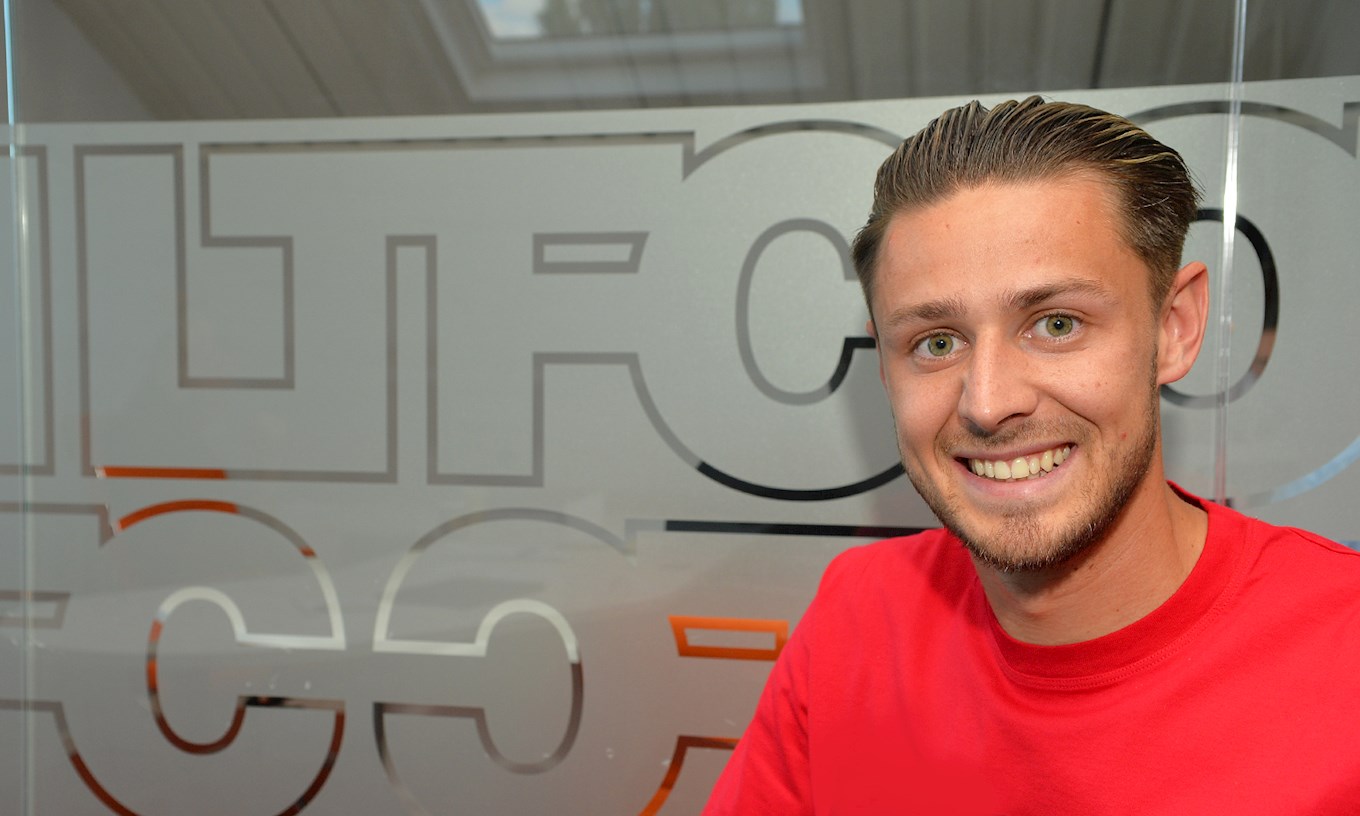 Manager Graeme Jones has been impressed with what he’s seen from Cornick both before he started working with him, and since the players returned for pre-season.

“I did my homework on everybody before I came in and Harry is 24 and he’s still developing,” said Jones. “He’s at a good age and he’s certainly played his part in contributing a lot to this successful period in Luton’s history. I’m just hoping that he keeps progressing.

“I know of his strengths, which are obviously his pace and I know he’s got a goal in him. But there are lots of other factors needed to be a centre-forward, and certainly if you are playing a split striker role, Harry’s profile is perfect for it.

“We’ve only just started working together, but I can see already he’s a great character, he’s an intelligent boy and I think he’s got loads of potential left in him that’s still untapped, so I’m looking forward to seeing how far we can push him.” 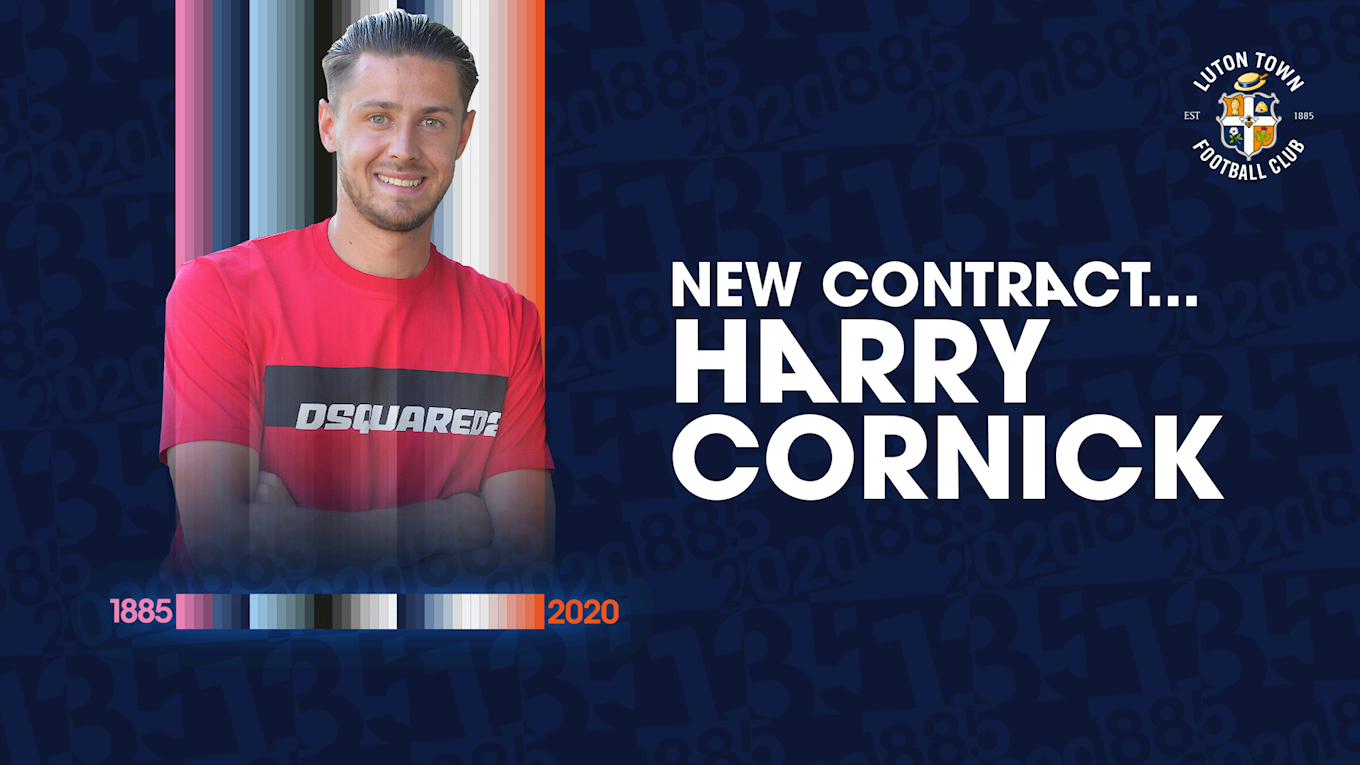