Luton Town have today completed the loan signing of Derby County midfielder George Thorne until the end of the season.

The former West Bromwich Albion player, who celebrated his 26th birthday last Friday, signed forms at The Brache this morning and will be available for the FA Cup should the Hatters progress past Sheffield Wednesday next week in the third round replay, although he will not be eligible for that match.

Manager Nathan Jones was delighted to land a player who has vast experience in the top two divisions after making his Premier League debut for the Baggies aged 17, before joining the Rams in the summer of 2014 after helping them reach the Championship play-off final during a successful loan spell.

“George is a top midfield player who has been unfortunate that injuries have curtailed what should have been a fantastic career,” Jones told lutontown.co.uk.

“He is a wonderful footballer who has been involved in some real good teams, and we are delighted to have him; one for his ability, two for his experience, and three because he has shown a real desire to come to us, which we always like.

“Anyone we brought in now obviously has to be a top signing and I think this kicks the window off nicely.” 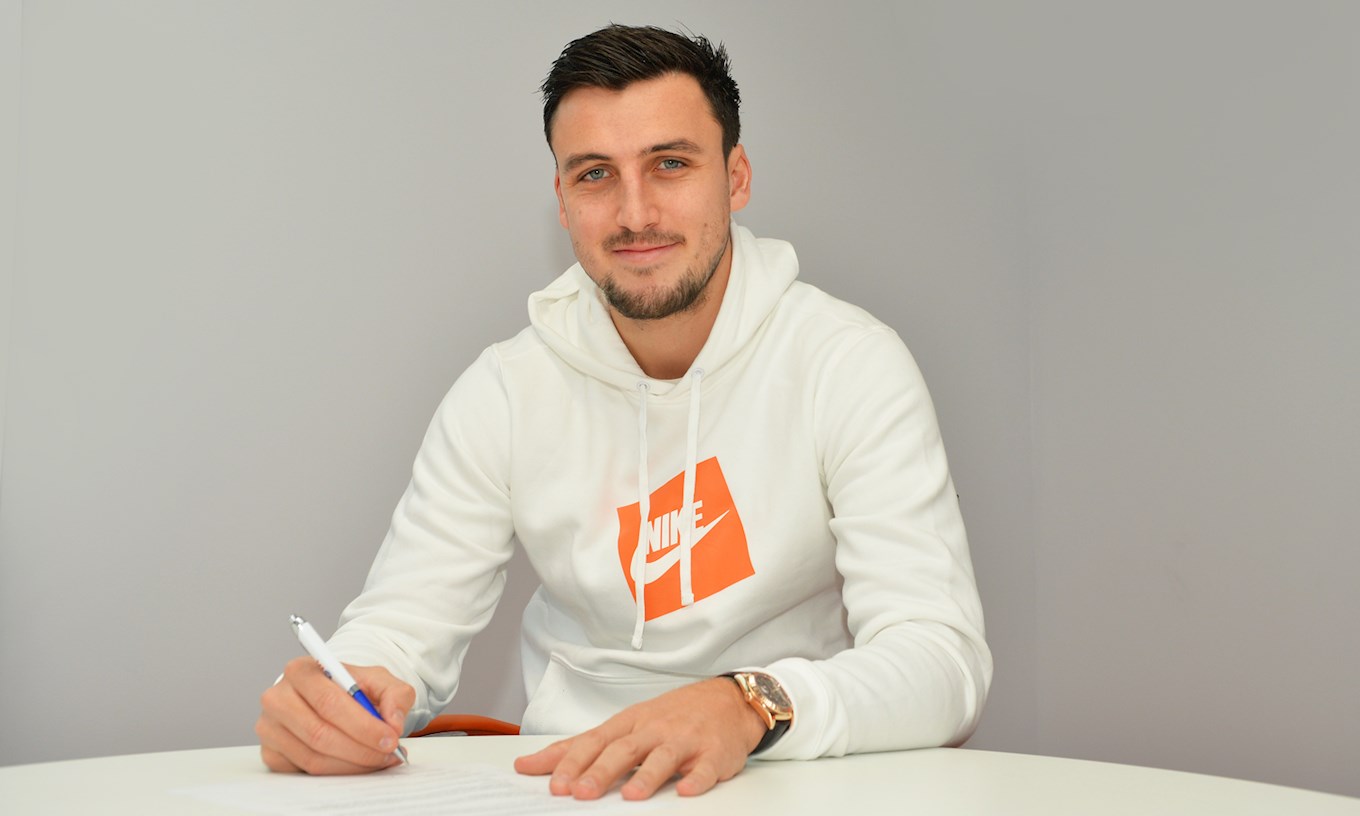 The signing of Thorne, who has 36 England caps at different youth levels and was a member of the squad that won the Under-17 European Championships with the likes of Jack Butland and Ross Barkley in 2010, helps fill a void in the Hatters’ engine room left by Glen Rea’s season-ending injury.

“We weren’t necessarily looking in that position but we always had targets moving forward in terms of the level we were at, so all it did was speed up the process,” added Jones.

“What happened to Glen is really unfortunate because he was one of our stand-out players this season. We had to move quickly because we have Alan McCormack in that position, who has done very well since he came back in, but we want to strengthen and make sure that we have competition all over, and George adds that.”

Although he hasn’t figured in Frank Lampard’s first-team this season, Thorne made 22 appearances last term for the Rams and has been a regular in their Under-23 side in Premier League 2 this year. When the opportunity arose to join the Hatters, he liked what he heard from the manager. 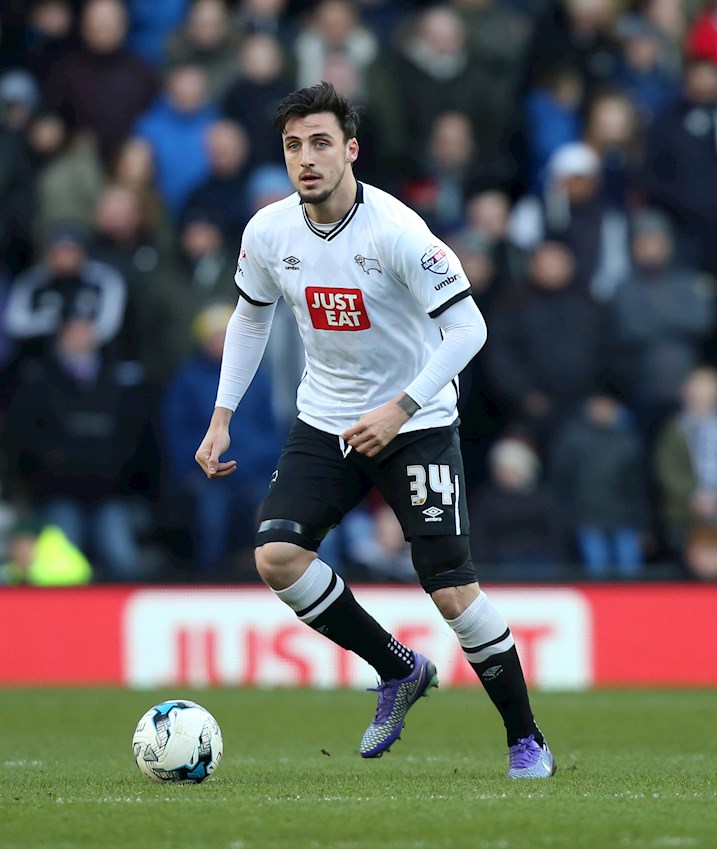 “Nathan ran through what he knew about me, the direction the club is heading in, the way he plays, the philosophy and environment of the football club, and all of it was very positive,” said Thorne, who will wear squad number 24 during his time with the Town.

“Personally I thought it was somewhere I could thrive at and somewhere I wanted to join. I’ve been playing as much as I can at Derby. I’ve been training every day and I’m in the best shape I could be in.

“I want to get up to speed as quickly as possible, as I expect the intensity is a little bit higher than playing Under-23s, but I’m ready to dive in and get working.”

Thorne, who grew up in Bedford where his family still live, says he didn’t need much persuading from the manager to make the move back south.

“I’ve been away for a few years, but I’m back local now so I’m sure I’ll be getting asked for a few tickets here and there!” said the former Biddenham School pupil. “It’ll be nice to be around the family and the main thing for me is to get going with the football and continue what the lads have started.” 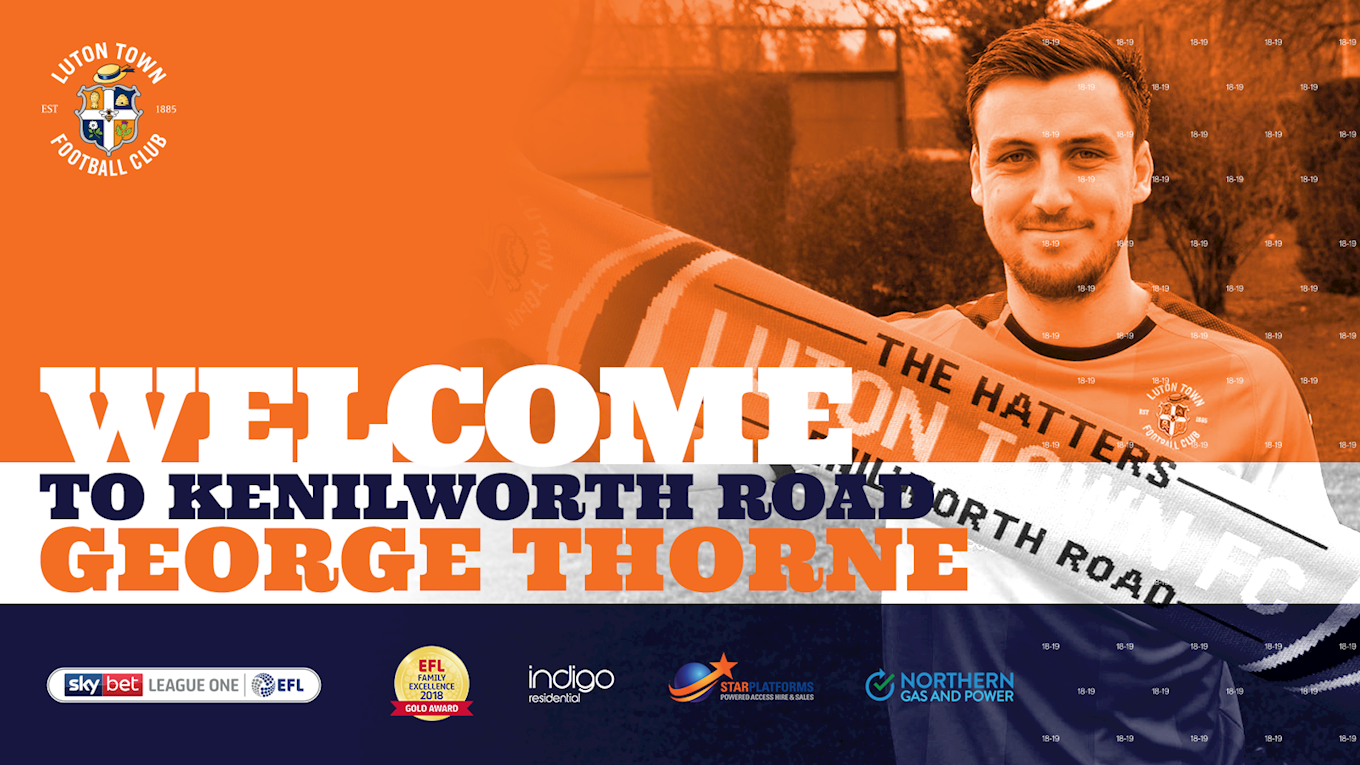