The Hatters have today strengthened our already prolific forward line by signing Jason Cummings on loan from Sky Bet Championship club Nottingham Forest until the end of the season.

The 23-year-old is well-known to Town fans having scored twice against us for promotion rivals Peterborough in their 3-1 win at London Road in August. 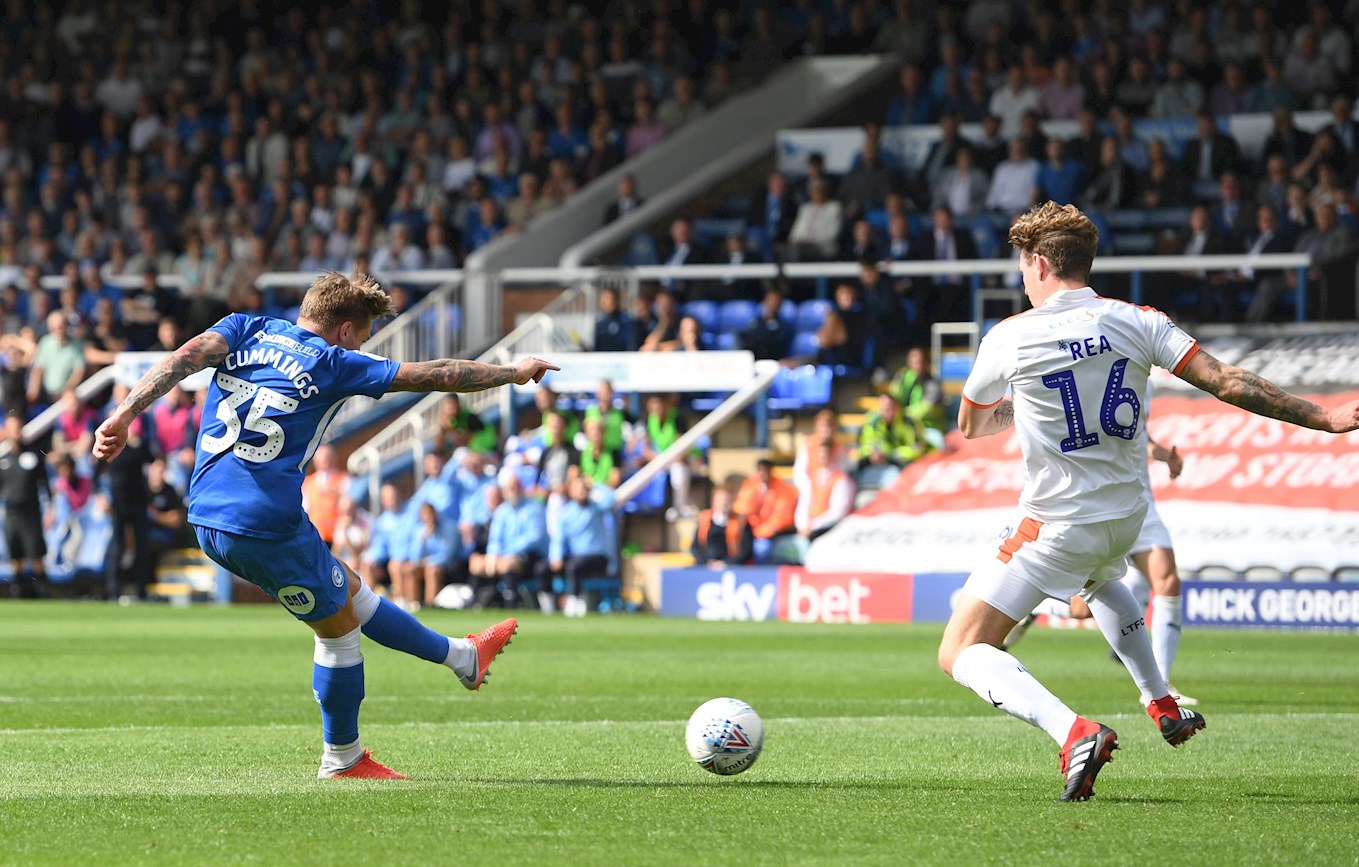 In total the Scotsman – who has two full international caps for his country – hit eight goals for Posh, but was recalled by Forest and subsequently loaned to the Hatters.

Cummings came through the ranks at Hibernian, where as an 18-year-old he played alongside James Collins during the 2013-14 campaign in which Hibs were relegated from the Scottish Premiership, and then alongside Andrew Shinnie as they won promotion back from the Championship in 2016-17.

In total he scored 69 goals in 124 starts at Easter Road before moving to Forest in the summer of 2017.

The man who spent the second half of last season on loan back north of the border with Rangers, where he netted six times in nine starts and nine sub appearances, said: “I’m absolutely delighted to be here.

“I heard that Luton were interested about a week or so ago and I spoke to the gaffer, and obviously the club are doing fantastic so far and I want to come in and help them get promoted.

“He was saying that there is a feel-good factor here, I’ll love it here and the style of play suits me, and I’ve also been speaking to Shinnie as well. I used to play with him at Hibs a few years ago, and he was saying how good it is. It was just something I wanted to be part of.

“I also played with James four or five years ago as well, so it’s always good to know a couple of familiar faces.

“The boys here are doing fantastic. My aim is to come here and help the boys get promoted. I’ll try to get in the team and score as many goals as I can, and it’s exciting.”

Cummings has swapped one promotion push at Peterborough – where he has spent the opening half of the campaign in the top positions in League One – for another.

“I enjoyed my spell at Peterborough and I remember that game,” he said of his brace against us back in the August sunshine. “One of my goals was a penalty, but playing against Luton, it was a hard game.

“The style of play and the way they were playing, we were having to do a lot of chasing as well, but we managed to get the win that game. Ever since then, Luton have been absolutely unstoppable, and I want to be part of it.”

Cummings won Sky Bet League One Player of the Month for August, when he netted five of his eight Posh goals. He added: “We started really well. We won the first six games and were top of the league for the first couple of months. We fell away a little bit, but I know how it feels to be at the top and once you’re up there, you’ve got to stay there.”

Jason will wear squad number 23 during his time at Kenilworth Road.