We’re delighted to invite you to take part in the annual Andy King Memorial Golf Challenge – which takes place at Luton Hoo on Wednesday 1st May.

The event, which is now into its second year is organised by Hatters legend and current interim manager Mick Harford, in memory of his good friend Andy King, to raise money for two fantastic charities; Luton Town Charity of the Year – Luton Foodbank, and former charity of the year CHUMS.

We’re looking to fill the final few teams. Each team will be made up of three players plus a legend from the world of football:

Tickets cost - £175 per person (£525 for a team of three) which includes 18 holes of golf at the prestigious Luton Hoo course, breakfast, buffet after the round and a buggy shared between two players.

We’re down to the last few remaining places which will be sold on a first-come first-served basis so don’t delay – book your place now. 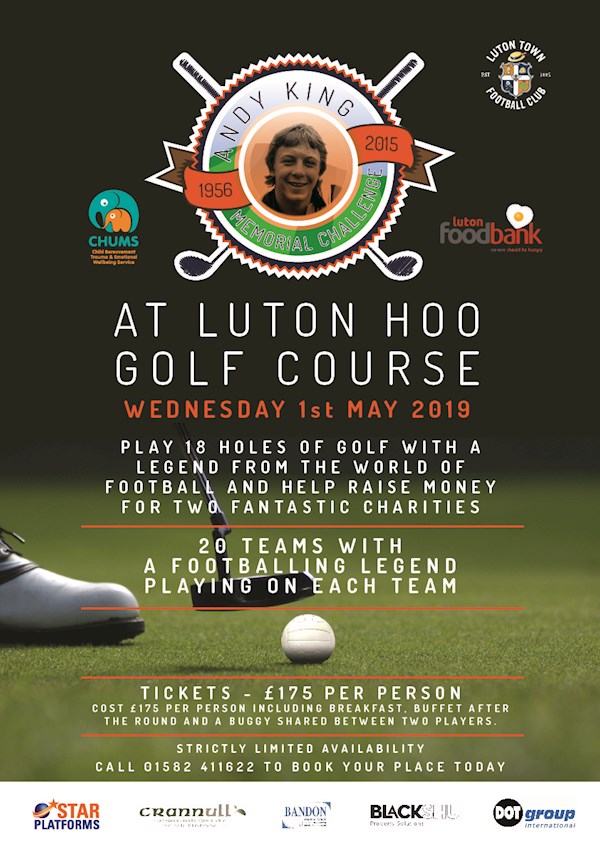