Mick Harford was delighted to see his side bounce back from 2-1 down – and a man light following James Collins’ red card – to draw 2-2 with Blackpool today and set a new club record of 28 league games without defeat.

Reaching that number also set a new best for the third tier of English football in one season, and Harford said: “It is very positive in terms of all those stats, and I’d like to pass all the congratulations on to the players who have got to that marker of 28 games.

“It’s a phenomenal record, and they just keep carrying on breaking records throughout the season. Hopefully it’ll continue.”

On the two yellow cards in as many second-half minutes for Collins, who had opened the scoring with his 22nd goal of the season, Harford said: “We didn’t really think it was a sending off. Collo’s just slightly late, and it was only a couple of minutes after he’d been booked, so we were disappointed with the referee in giving him that yellow card.

“I though he was a bit harsh. He could have got the captain in and maybe said just tell him to calm down, but he’s just given him a red and we were disappointed, then we were on the back-foot and they scored off a corner, which is very unfamiliar to us.

“It was a bit of a scramble and they got a goal, but the boys showed absolutely unbelievable character, the fight was there to the end, and deservedly in my opinion got a point and deserved more from what I saw out there today.” 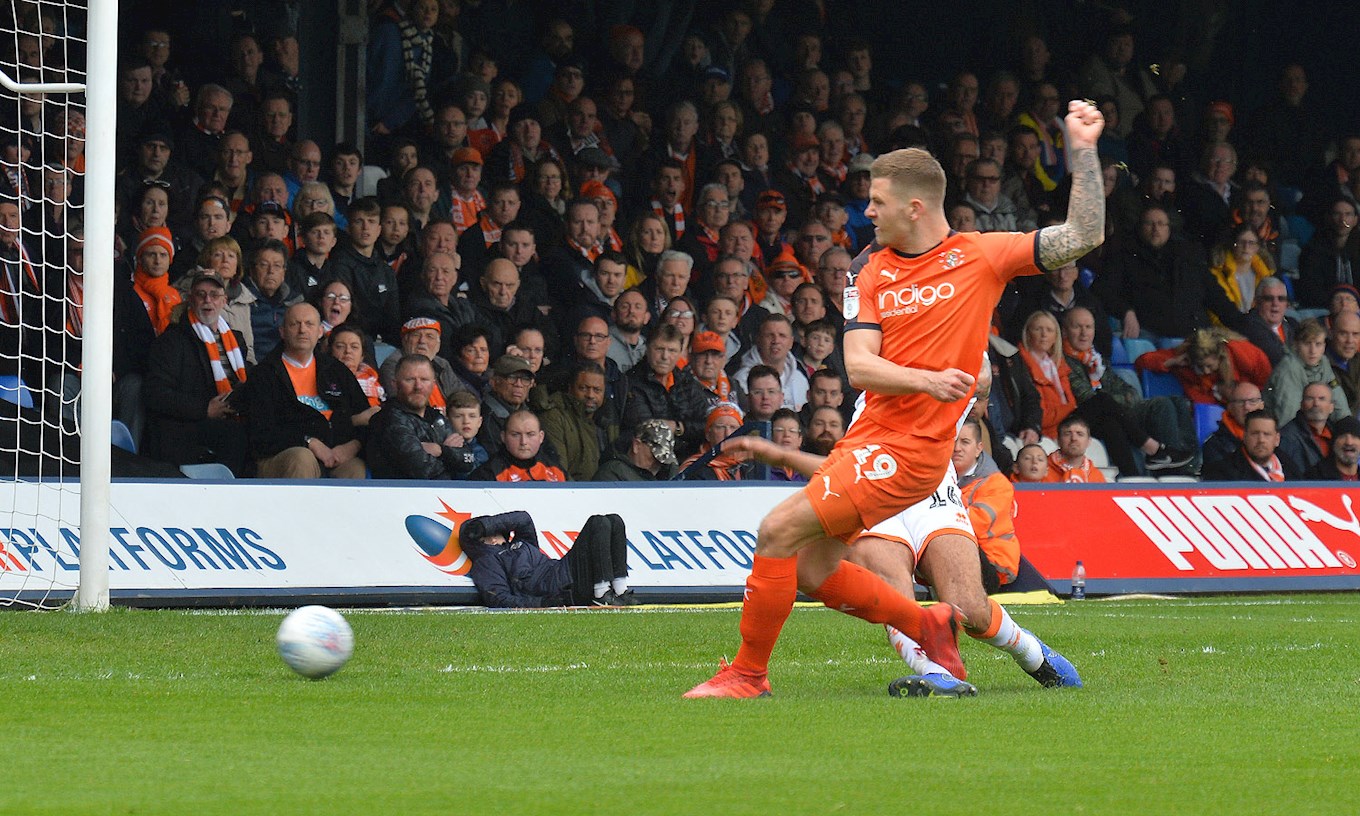 The Town legend was more than happy with the start the Town made, with Collins netting on six minutes.

“We were scintillating in the first 25 minutes and moved the ball well,” he said. “I think the goal took the wind out of our sails a little bit, and they sat deeper and there was no spaces and no gaps.

“So you have to give them a little bit of credit in terms of their defensive performance, they were solid and compact and basically stopped Jack Stacey getting down that right side, where we wanted to get down. They defended that side very well, but overall we are thrilled with a point, although we obviously wanted more.” 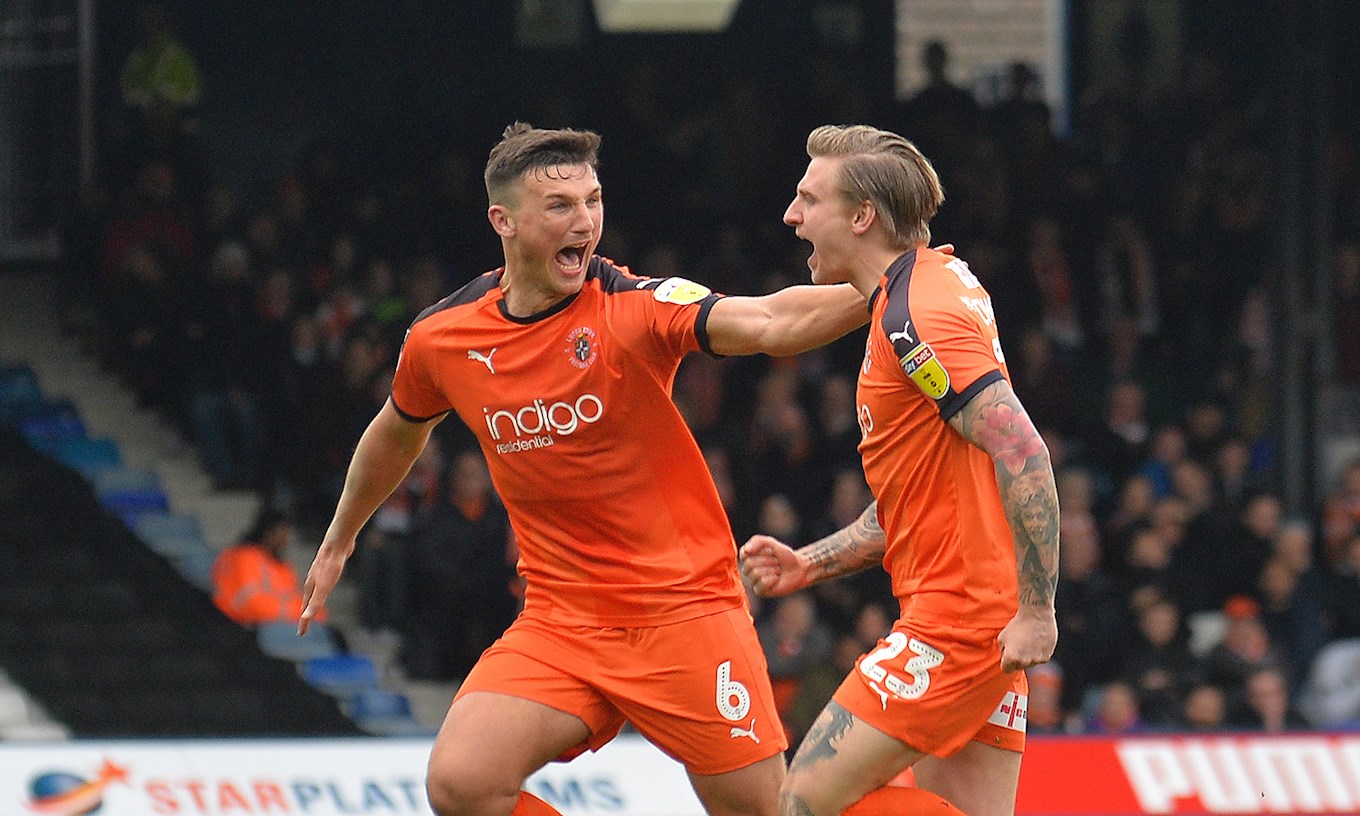 On game changers George Moncur and Jason Cummings’ impact, with the former netting the 86th-minute equaliser, Harford added: “I’m absolutely thrilled for George and Jason. They’ve been patient, they’ve waited their time. We said they would be needed, and the squad would be used to the end of the season, and it has been today with the sending off.

“We had to change shape a little bit when we came under pressure. George was lively, bright and sharp when he came on, and we just thought with a packed defence with bodies and nowhere to go, Jason, when I watch him in training, he’s quite cute and clever in those areas and I thought his finish was excellent.”