THE TOWN ARE GOING UP...AGAIN!

Luton Town will play Sky Bet Championship football next season after Peterborough's 3-2 win at Portsmouth tonight meant that the Hatters go into Saturday's final game of the season with a four-point cushion over the fourth-placed side.

It is a remarkable achievement for the Town following last season's promotion from League Two as runners-up, especially considering the managerial change in early January when Luton legend Mick Harford took over as interim manager following Nathan Jones' departure for Stoke City.

The Hatters were second and five point adrift of Pompey at that stage, but having taken over top spot with the win at Southend at the end of January, Harford's team have not relinquished that position and know that a win will almost certainly see them promoted as champions at a sold-out Kenilworth Road against Oxford at the weekend. 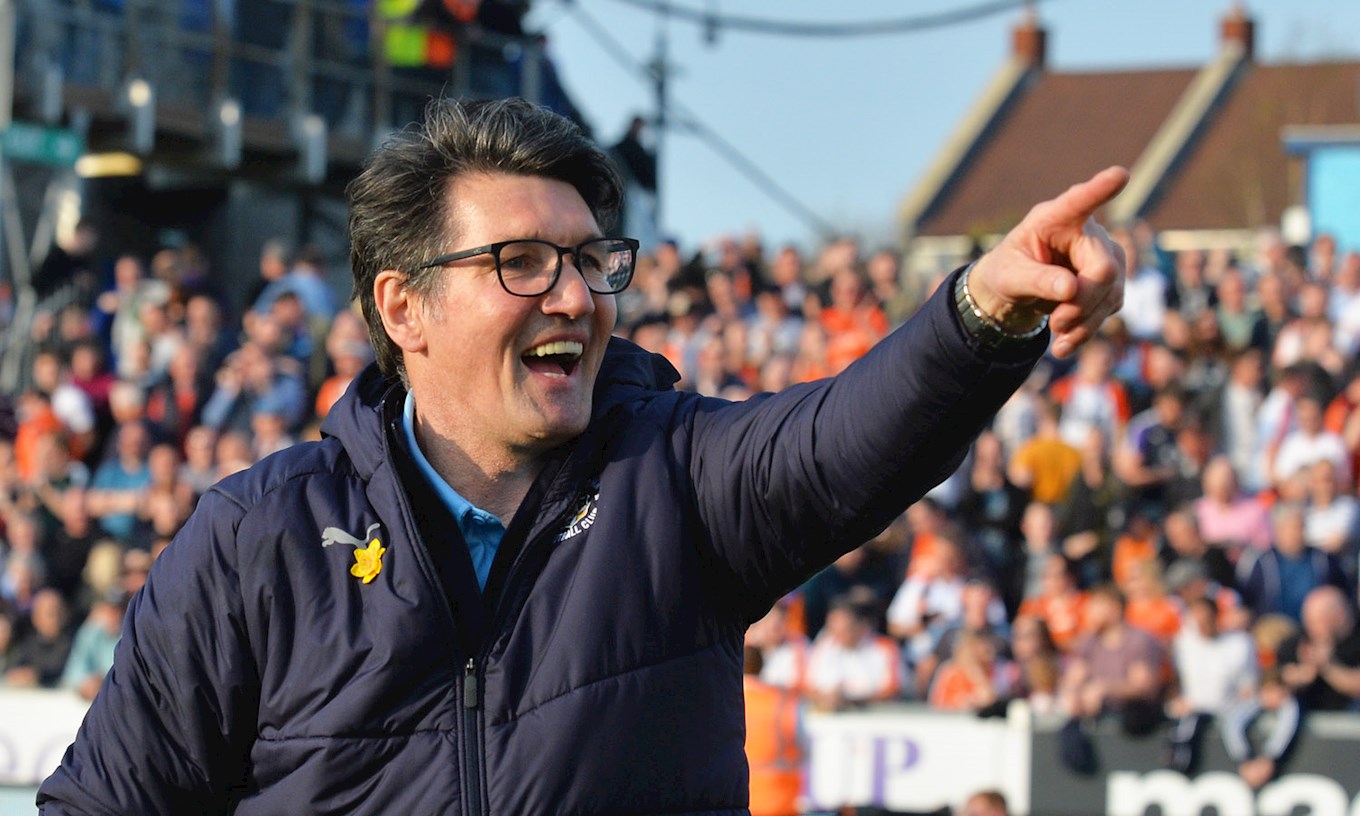 Big Mick put the video below on Twitter earlier tonight, but we have just spoken to him and he had this to say to lutontown.co.uk: "What a year it's been! It's a been an unbelievable season with the turmoil and unrest in the middle of it, but it shows what a strong club we are coming out of it, and what a strong bond there is in the group of players, to come out of it and gain promotion.

"With the pressure of getting the planning permission as well, everything has been entwined and it's been a really hard year for everyone, because it could have all gone wrong.

"For me though, it's all about the players and the solidarity among the group. That's what has got us through. I just tried to keep everyone together.

"We will not be taking our foot off the gas in terms of training on Thursday and Friday. We will be preparing to finish the season off as champions, because that's what we want to be - just as Barnsley will too.

"We won't have too many chances left to experience a fantastic carnival atmosphere at Kenilworth Road, but this Saturday we have one and we'll be doing everything we can to thank the supporters for what they've given the club not just this season, but over the past decade since 2020 took custodianship.

"I'm so proud of everyone associated with the club tonight."

Congratulations Mick and well done to you, your staff and all the players. We're proud of you! COYH!