Despite the disappointment of conceding a late equaliser to AFC Wimbledon at Kenilworth Road last night, Town goalscorer Elliot Lee was only looking forward to the last two games of the season and helping his side over the promotion line when he spoke to iFollow Hatters afterwards.

The 24-year-old put the Hatters ahead in the eighth minute, and after Joe Pigott levelled for the Dons, James Collins restored the lead before half-time.

A host of chances went begging either side of the break, however, and Steve Seddon grabbed a 93rd-minute game-saver for the visitors to leave the majority of the 10,070 crowd disappointed.

“It’s the case in any game,” said Lee, “if you don’t finish off the opponent they can get a ricochet, they can get anything. The way they played, they lumped it into the box and comes down to luck. At the end of the day, they got the luck and the goal because we didn’t see them off.

“We should have seen them off, but we’ve got to put it behind us now, accept that it’s happened and there are two games to play, six points to play for and we go to Burton and want to win.

“We’ll see how we can get better and we’ll go to Burton with our heads held high and our shoulders up and we’ll get the three points.

“We are going to go there and show how much we want to be champions. We are still in the driving position.” 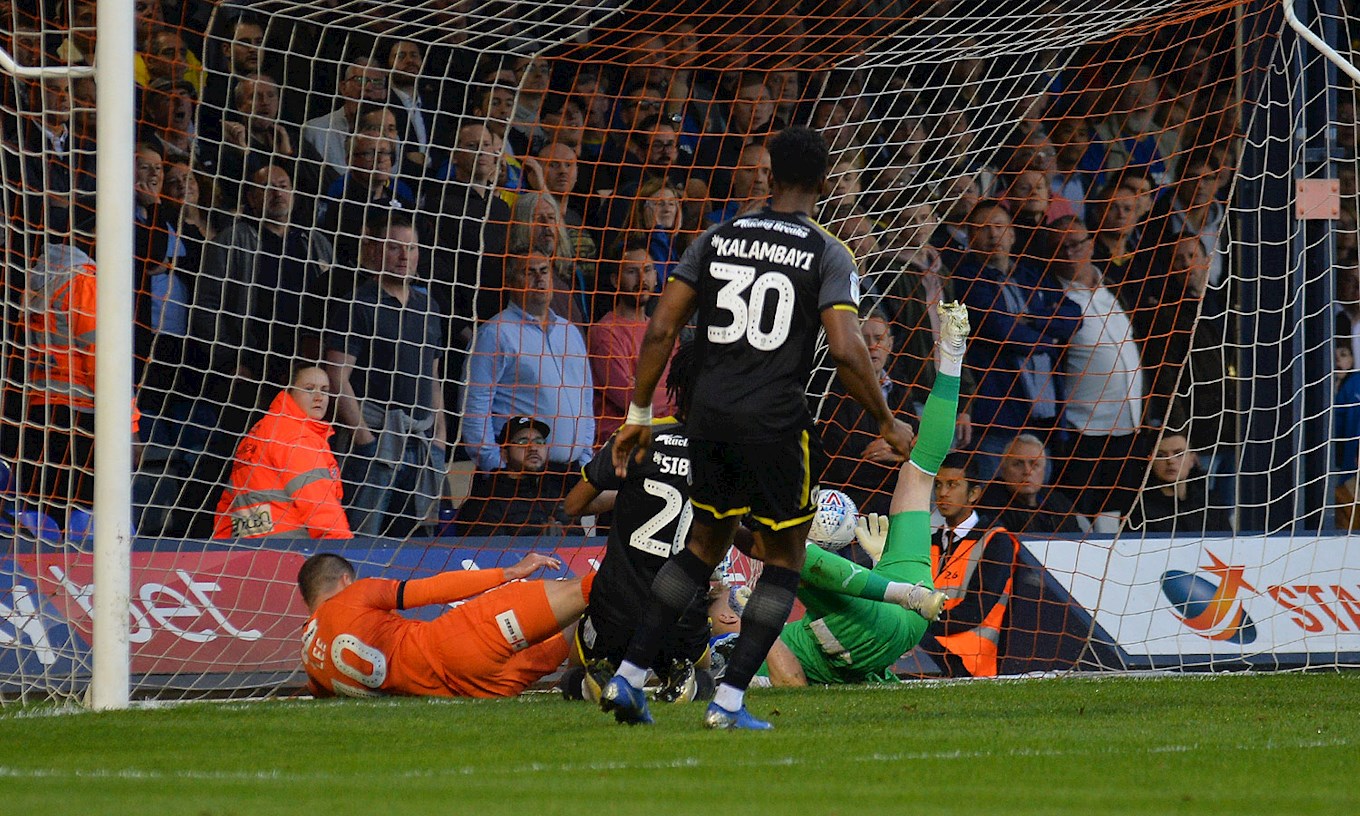 Lee’s goal was his first since the end of November, the month in which he won the Sky Bet League One Player of the Month before suffering an injury in the New Year that disrupted his season.

Goal number of 11 could have come on Saturday at Accrington, when Stanley keeper Jonny Maxted made a brilliant point-blank save to keep him out, and Lee added: “There’s been a few games like that. I’ve hit the bar, the keeper’s pulled off worldies, I’ve had them off the line – that’s the way football goes.

“You don’t get down on yourself. You don’t stop trying to score. You keep getting in the positions and I’ve scored tonight, but I’d rather not have scored and we’d won.”

Finally, looking forward to the trip to the Pirelli Stadium, he added: “It’s not about Burton, it’s about us. If we go there and play to the best of our abilities, we’ll get this club promoted.”