Luton Town Football Club is joining football clubs across the country to celebrate the contribution refugee players make to the game, as part of Amnesty International’s Football Welcomes campaign this weekend. 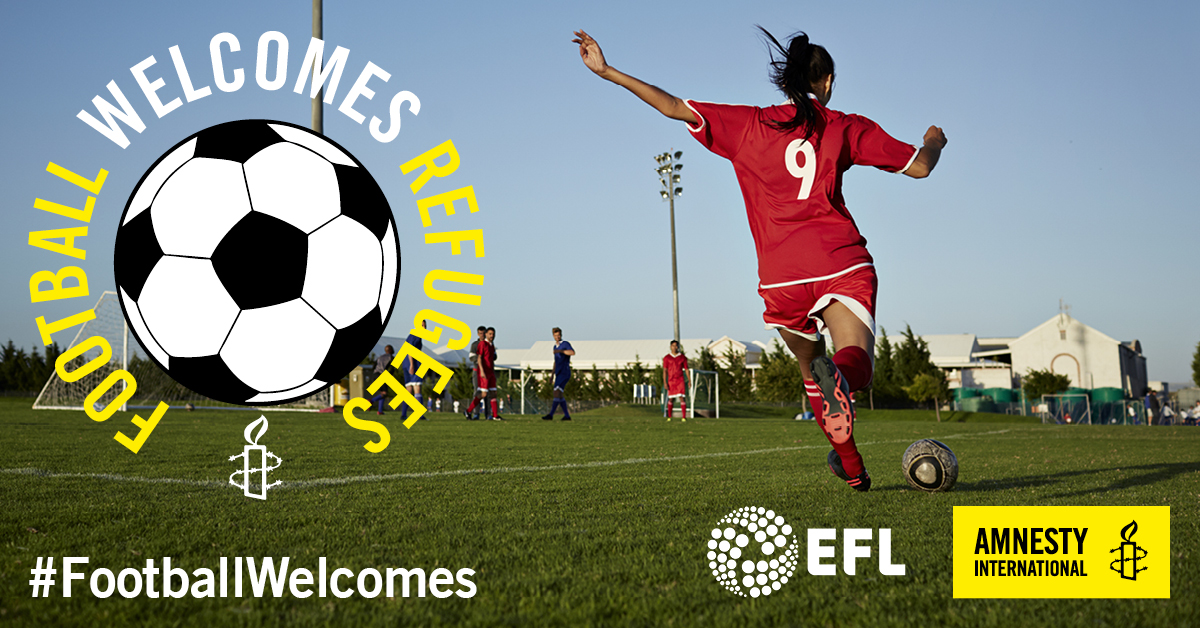 Football Welcomes, now in its third year, highlights the role of refugee players in UK football. From a group of children fleeing the Spanish Civil War in the 1930s who went on to become some of the first refugees to play professionally here, to the likes of former Bolton Wanderers midfielder Fabrice Muamba; ex-Manchester City forward Nadia Nadim; Arsenal’s Granit Xhaka; Dejan Lovren at Liverpool and Crystal Palace’s Christian Benteke, players with a refugee background have been making their mark on the game for decades.

With the Hatters playing away at Burton this weekend, we invited a group of young male asylum seekers from Sudan, aged 16-18, to our recent home game against Blackpool – with a couple of the boys pictured in the background as Jason Cummings celebrated his late equalising goal (below). 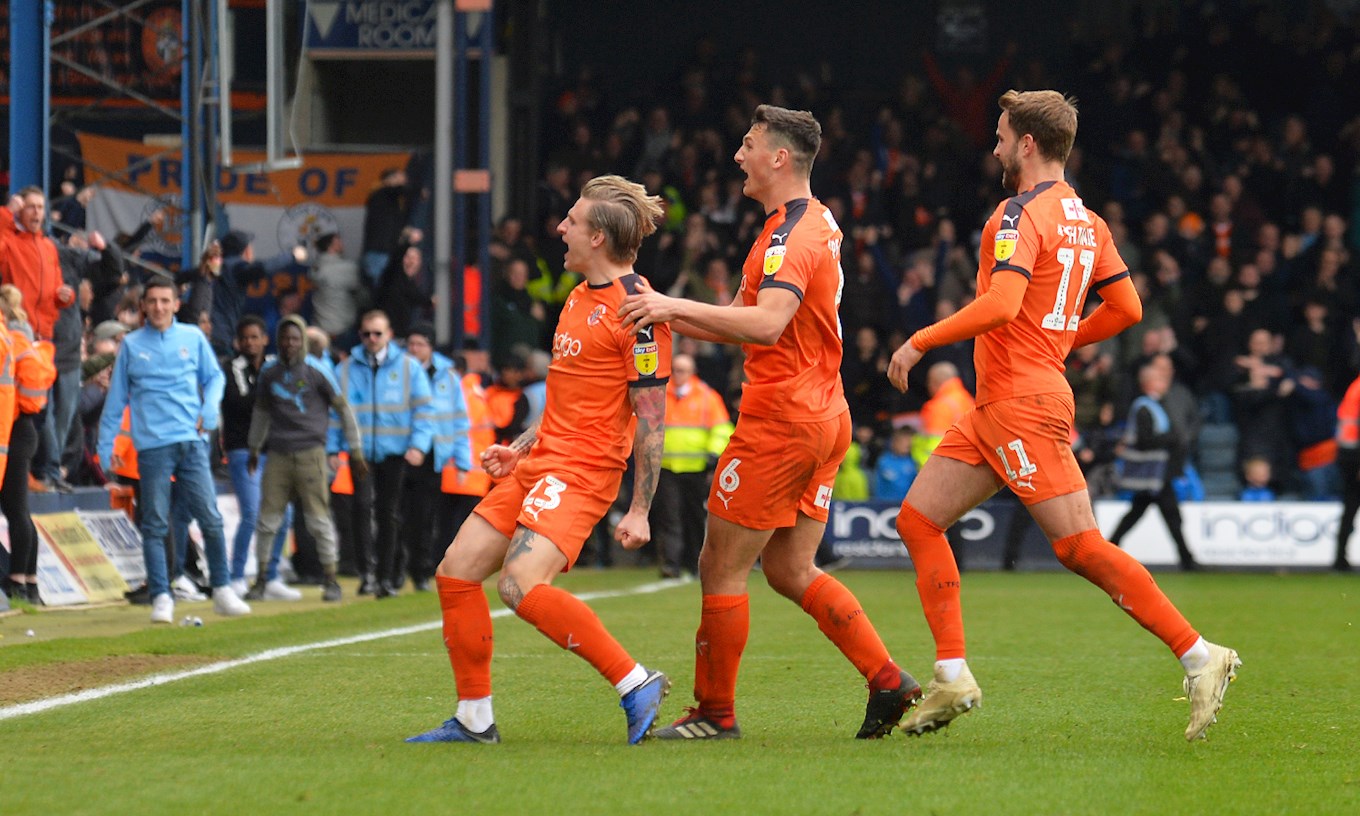 Luton Town Community Trust operations manager Daniel Douglas said: “We had a small group of unaccompanied asylum seekers who we work with on a weekly basis in the Luton Street League come to the Blackpool match.

“They acted as flag bearers and ball boys, met some of the players and enjoyed their first game at Kenilworth Road since living in Luton. They’ve never been in a football stadium before and they absolutely loved it. Wearing the badge on their tops made them feel part of the club straight away.” 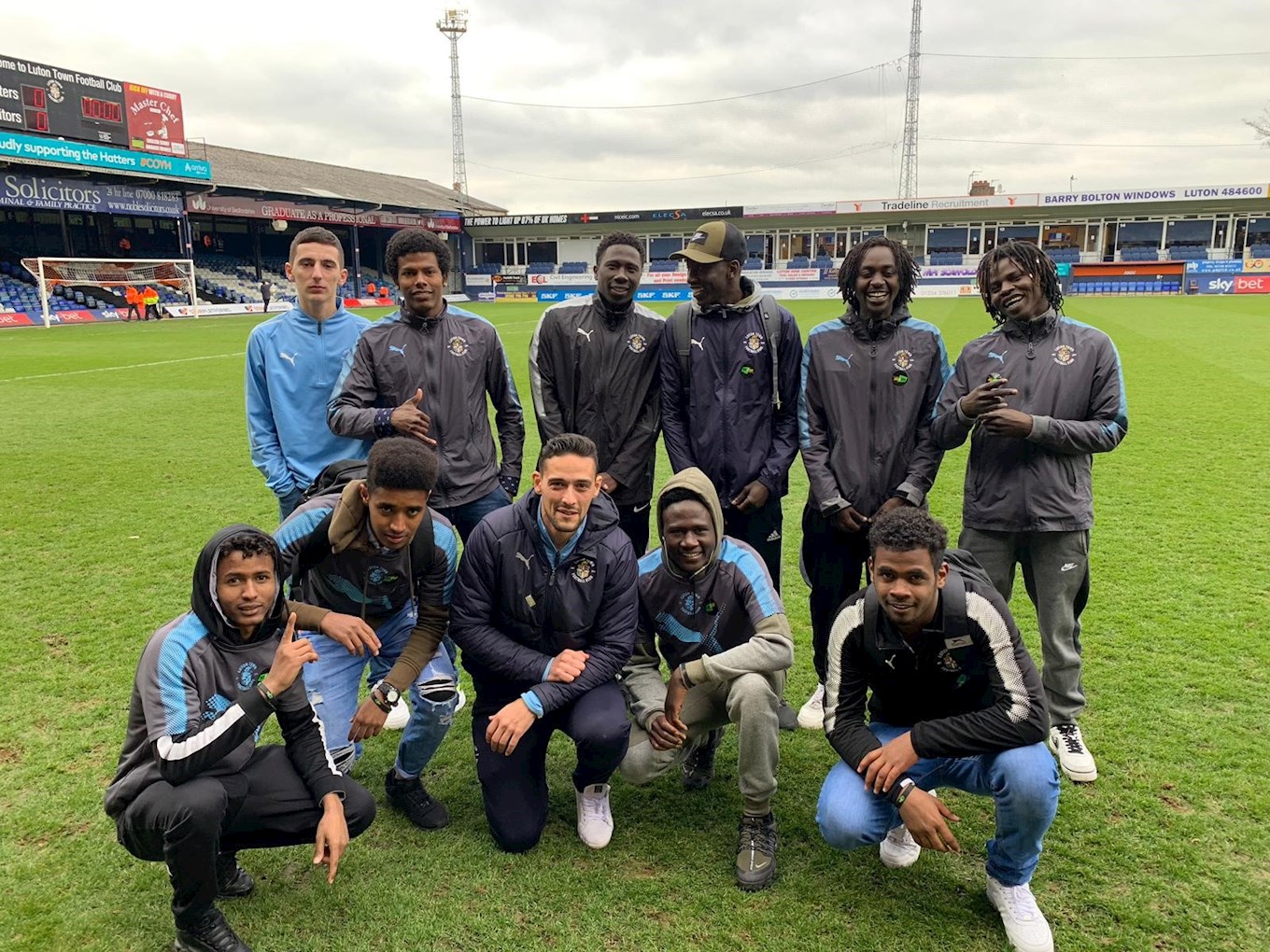 Backed by the EFL; a number of Premier League clubs; the FA Women’s Super League; the FA Women’s National League and grassroots and non-league teams across the country, Football Welcomes also aims to highlight the important role football clubs can play in welcoming refugees and people seeking asylum into their local communities, and in helping them to settle in to a new country and culture.

EFL Chief Executive, Shaun Harvey said: “Football Welcomes highlights the vital role football and our 72 clubs can play in bringing their communities together. Refugees have made a significant and lasting contribution to professional football in this country and we are proud to support this important initiative to celebrate the impact they have had on the game, whilst also making local refugees and people seeking asylum feel welcome at EFL matches.”

“We are delighted that Luton Town is taking part in Football Welcomes. Football clubs are at the heart of their communities and it’s great to see teams across the UK using the international language of football to create connection, respect and friendship across cultures. With so many people across the globe forced to abandon their homes due to conflict and instability, it’s important that football clubs use their platform to send out a clear message: refugees are welcome here.”