The Hatters will look to extend their run of three games unbeaten in Sky Bet League One tomorrow when they take on Doncaster Rovers at the Keepmoat Stadium.

Donny are in decent form though, having only been defeated once in their opening six third tier fixtures, as they currently sit seventh – two places above the Town.

Strong going forward with goalscoring strikers in John Marquis and Mallik Willis – both on three goals for the season – Rovers also have a decent defensive record, keeping three league clean sheets so far.

Town will be hoping to improve their record on the road, suffering both of their league defeats so far away from home, and are yet to pick up three points outside of LU4 in the new campaign.

Their last league outing was the 1-1 draw at Wycombe Wanderers, with Town arguably unlucky not to get the win in that game.

Tickets for tomorrow's game are available from the LTFC Ticket Office until 2pm this afternoon.

On any injury problems: "No one has had any adverse reactions so we are in a stronger position this week than what we were in last week.

"We've got a little problem with Marek, he's really struggling. He's due an operation, but we've tried to delay the operation, he's got a hernia, that's been ongoing for a while.

"It's a question of timing and that's the problem we've had in terms of games coming thick and fast. But it's got to the point where he's finding it difficult to train on a daily basis, matches are fine because there are certain things you can do to prepare for a game, so it's something we need to sort out.

"I've had a hernia myself and played on for six or seven weeks, hernias are different though. Some upset you, some upset different mechanisms. For mine, the more work I did, the greater the ache got, they're strange things.

"They're not major issues, you've just got to find the right time to do them. Premier League and Championship you normally take this time to clear up anything with the international break – we don't have that luxury at the minute, so we're going to have to pick the right time."

On Danny Hylton's injury problem: "He's in a far better place than he was last week. We will see where we are, we've got five who are competing, we felt we were really strong in that area, hence letting Jake Jervis go to get games. So Hylts is back in contention, Jarvis and Cornick got real good minutes on Tuesday night and good performances, so we will see where we are.

"Hylton has been training, he's back out on the grass. We've looked after him this time a little bit, we haven't tried to rush him back and we won't do that unless he's ready. So providing he doesn't have a reaction today, he's back involved."

Tomorrow's hosts have a new manager in Grant McCann, who took over from Darren Ferguson in the summer. Donny finished 15th in League One last season, having won promotion the campaign before from League Two. Two wins, three draws and just one defeat so far has seen Rovers get off to a decent start, but their last victory in the division came nearly a month ago. 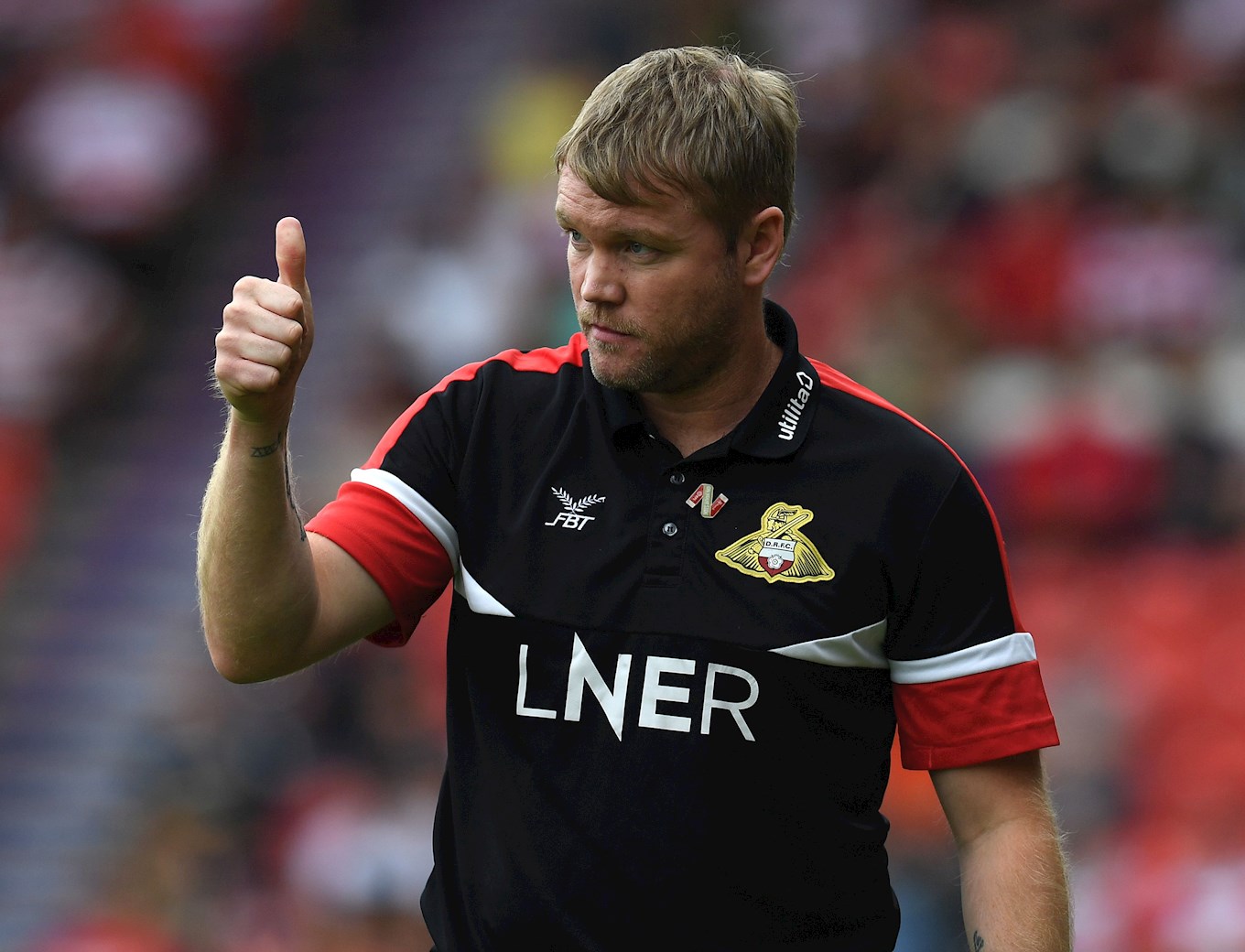 The game takes place at the Keepmoat Stadium on Saturday 8th September, and will kick-off at 3pm.

Tickets are currently on general sale from the LTFC Ticket Office until 2pm this afternoon. In order to purchase one, visit the Ticket Office in person, give them a call on 01582 416976 or buy online by clicking here.

There is a Beefeater near Stadium Way, called The Lakeside, which is a ten-minute walk away from the ground. The postcode for the venue is DN4 5PJ.

Tomorrow's game is to be refereed by Tom Nield, who has taken charge of seven games so far this season, dishing out 18 yellow cards and one red card. His most recent game was on Tuesday night, as he oversaw Grimsby's win against Notts County in the Checkatrade Trophy.

The Hatters have taken on Doncaster 24 times, defeating them 11 times, drawing six games and have been defeated on seven occasions. Our most recent meeting was the 1-1 draw at the Keepmoat Stadium back in February 2017, with Jordan Cook opening the scoring, before Alfie May grabbed a late equaliser.

The main blow-by-blow account of the action from the Keepmoat will be provided via the Match Centre on the club website, which you can access by clicking here. (*Please note that the club's Live Text will appear only by accessing through an internet browser, users of the Luton Town FC app will receive updates from Opta...the EFL Digital team assure us they are working on a fix to get club updates onto the app)
The main moments from the game will appear on the Hatters' social media feeds: