We are delighted to announce that teenage forward Josh Neufville has signed his first professional contract with the Hatters.

The pacy 17-year-old, who hit double figures last season as part of the Under-18s side that won the EFL Youth Alliance Cup, has put pen to paper on a two-year contract running until the end of 2019-20.

Luton boy Josh has been with the Town’s academy since he was an Under-10, having played his earlier football with neighbours Crawley Green. 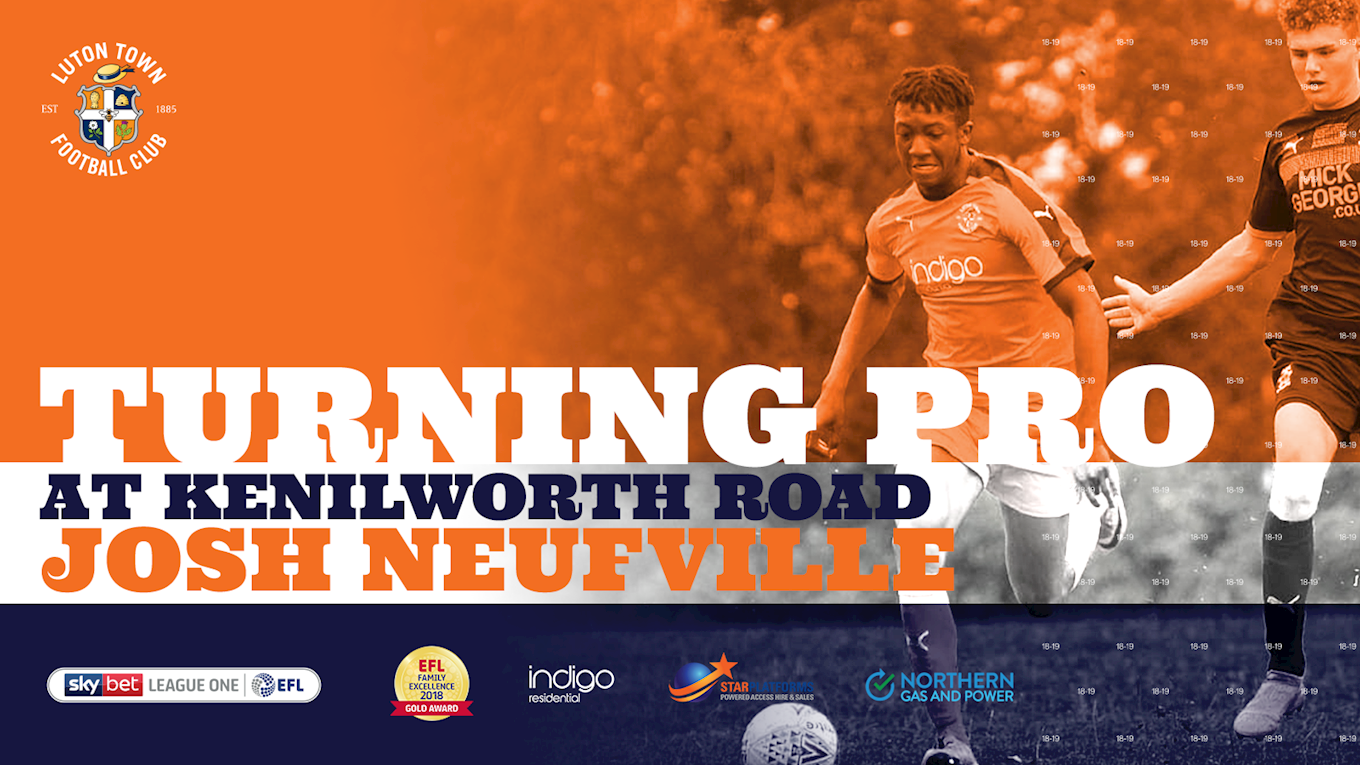 Hatters boss Nathan Jones said: “Josh is a young man that we feel can make the step up. He’s done excellently in recent months and is someone that we’ve monitored and tried to make sure that we nurture carefully.

“For a long time we’ve identified him as someone who could potentially step into the first team environment, but we’ve had to make sure that we do it at the right time.

“His application, his all-round quality and ability has really put him closer to the first team squad, and we feel that now is the ideal time to take up that option of giving him a pro contract, so we can see him challenge and hopefully fulfil his potential.”

In further good news for the academy, we are pleased to confirm that Dequane Wilson-Braithwaite has been offered a scholarship following a successful trial period.

The 16-year-old defender was in Tottenham Hotspur’s youth set-up between the ages of 12 and 15, and academy and development manager Andy Awford said: “We’re delighted that Deq has taken up the offer of a scholarship.

“He becomes our eighth first-year scholar for this season, and is the central defender we’ve been looking for since Kai Phelan had to leave the programme through injury reasons during the summer. He’s come in and done well on trial, fitting in really well as a person and as a player.”

Congratulations to both Josh and Dequane!