Do you recognise any of the players running out of the tunnel? Perhaps your great-grandmother told you tales of the time she played at Kenilworth Road? Do you have an old match programme sitting in a box at home? If so, we need your help!

The Luton Town Community Trust has been awarded funding by the Heritage Lottery Fund (HLF) to deliver a project to local schools that explores the history of the football club. As part of this project we are hoping to uncover the stories behind these 'illegal' ladies' football matches at Kenilworth Road in 1935.

Despite the growth of the women's game during the First World War, the FA banned women from playing matches on Football League grounds in 1921 citing, "football is quite unsuitable for females and ought not to be encouraged."

However, this newspaper advertisement and photograph show that in April 1935 two ladies' football matches took place at Kenilworth Road. The first, the Bazaar Cup Final between Woolworth and Marks and Spencer, the second, quite incredibly, a game between Widows and Spinsters.

If you can help us shed some light on these remarkable matches, no matter how big or small, please contact our Community Heritage Engagement Officer Natasha Rolt by emailing natasha.rolt@lutontown.co.uk or calling the community trust office on 01582 561622 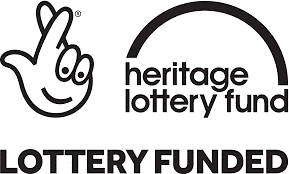