This year marks the 100th anniversary of the end of the First World War, and as we approach remembrance day, thoughts turn to those who gave their lives serving their country in battle in recent history.

On Saturday, we welcome our neighbours from Wycombe Wanderers to Kenilworth Road in the first Round of the Emirates FA Cup, where we will mark the occasion in a number of ways.

Once again this year, volunteers from  the Bedfordshire Royal British Legion will join us, to collect money for their 2018 Poppy Appeal. Money raised goes directly to helping veterans of campaigns and their families, so please dig deep and give as generously as you are able to.

We will also welcome standard bearers and a bugler to the ground, who will play The Last Post and the Reveille as we come together to observe a period of silence, remembering the fallen and the sacrifice they made in combat.

Also, as part of the EFL and Premier League initiative 'Football Remembers', a tree will be planted outside the reception to the ground to remember the three Luton Town players - Arthur Wileman, Ernest Dodd and Frank Gilder - who lost their lives in the First World War. Our matchday programme will also feature pages by Roger Wash dedicated to those players.

Once again, the players will run out in shirts featuring the poppy emblem, and in the week after the match we will be putting the signed, match-worn shirts up for silent auction to help raise money for the Royal British Legion - watch this space for further information.

Thank you in advance to all supporters for helping us to observe the period of silence with respect.

On Sunday, the club’s commitments continue with our supporters’ liaison officer John Miller attending theTown's Remembrance Day Service at the War Memorial in George Street, where he will lay a wreath to commemorate Hatters players, staff and supporters who have given their lives for their country. 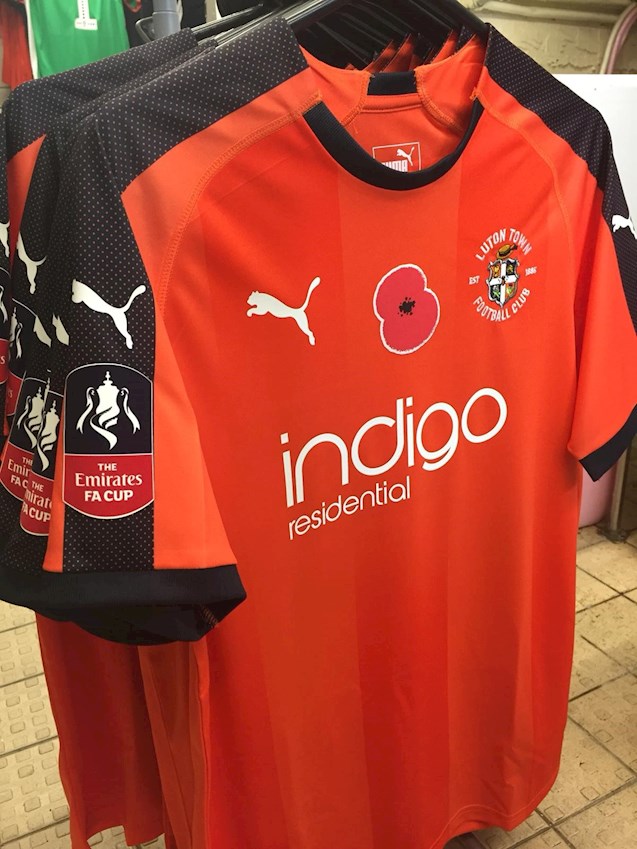