The Hatters over sixties walking football side won four of their six EFL Community Trust Cup games to end up as South East of England Runners up to Champions Norwich City.

The result means Luton Town are through to the national finals to be held at St Georges Park, Burton - the Football Association UK on the 10th July, after reaching the final twelve in the UK finals competition.

The South East competition was hosted by Luton Town Community Trust at Venue 360.

This is the second successive year that the Hatters have reached the national EFL finals as the over fifties side also reached the last 12 in 2017 ending up as national semi-finalists out of a possible 72 entrants.

This year, the Hatters lost to Norwich in two very tightly contested matches ending 2-0 and 1-0. In the first game, a Paul Haynes goal was ruled out for penalty box encroachment. Both games were very even with Norwich edging both games.

In the other matches - Luton beat Northampton Town twice. In the first game Paul Haynes and David Alker were the scorers. In the return game town won 3-1 with 2 more goals from David Alker and a third from Paul Guest.

The other two league games were against Oxford United. In the first match The Hatters won 5-2 with goals from David Alker, a brace from Dave Kelly and further goals from Ron Dalton and Paul Guest. In the final game versus Oxford the town went one better and won 6-0 with goals from Tony Bianchi, Ron Dalton and two each from Ken Patterson and Alker, taking his total for the day to six goals in six games.

Hatters Player Manager Paul Haynes said: "We were back on form today and played some good pass and move football. David Alker was in great form today getting six goals in six games. But the most pleasing thing was that we played well and had another six players also on the score sheet - COYH and bring on Burton and the finals."

Captain David Alker said: "The competition was played in a great spirit and we are delighted to have got to a national final in our first regional uk tournament." 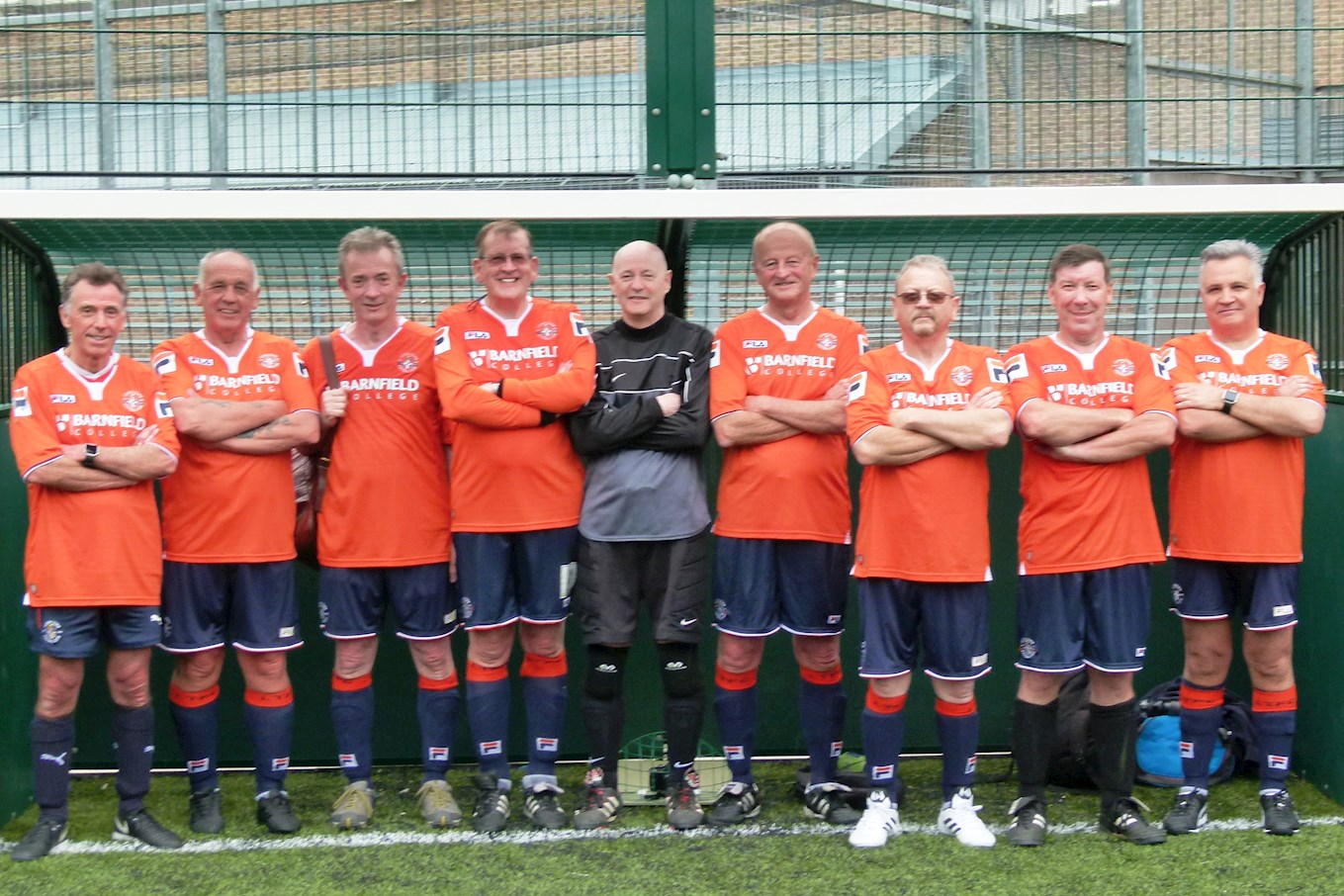